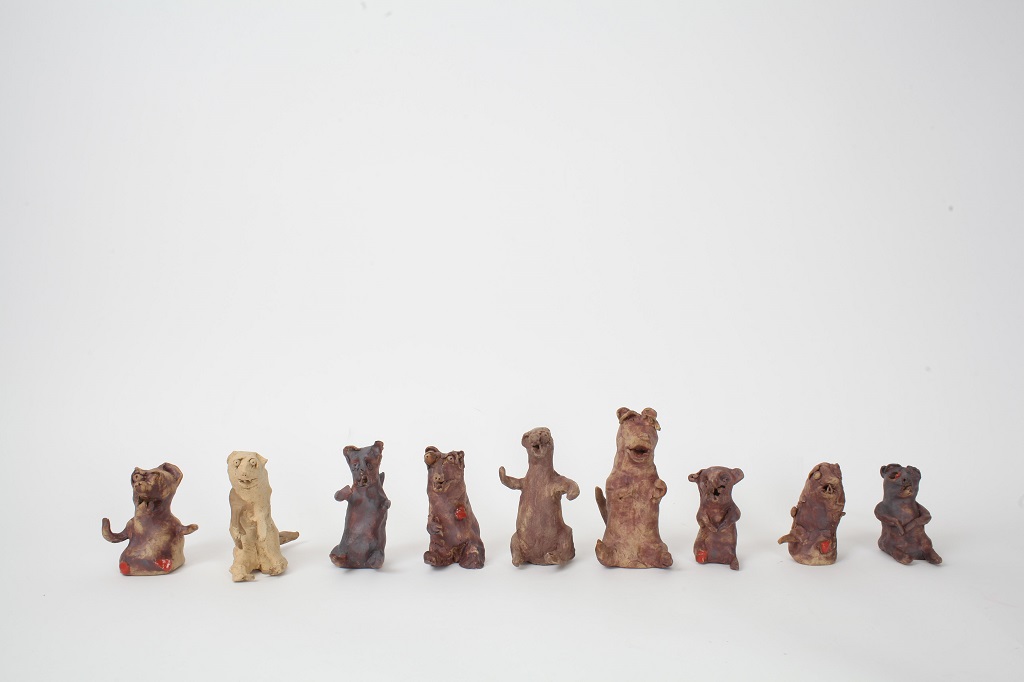 The Manchester Open is an exhibition at HOME, an arts centre in Manchester that has a theatre, cinema, restaurant and gallery. People applied by themselves or through organisations to be part of the exhibition; it is full of art by people from different cultural backgrounds and different parts of Manchester. It runs from 18 January to 29 March 2020.

The Manchester Open features work by 14 artists from Venture Arts, including: ‘Army of Weasels’ by Dominic Bennett, that lots of people are interested in, ‘Julie Hesmondhalgh’s Wedding Dress’ by Horace Lindezey (part of his wedding work), some of Barry Finan’s clay work and ‘Chicken Drumstick’ by Ahmed Mohammed.

It is a bit confusing to work out where things are in the exhibition and the writing in the exhibition booklet is very small. I would find it clearer if there were names to the pictures instead of numbers. But overall, I think that the exhibition is really, really good because it’s really big and it’s nice to see the different artwork there. I really enjoyed all of it. 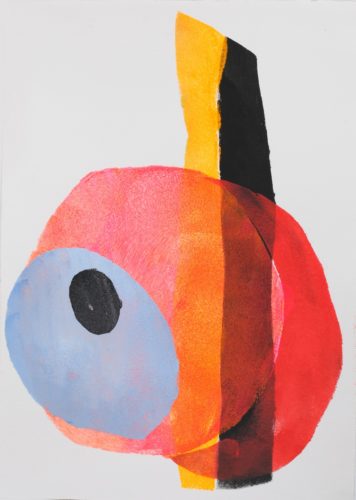 The Venture Arts steering group visited the exhibition, here are their exhibition ‘picks’…

Amy chose ‘Fernery of Foxes’ by Helen Musselwhite: “I liked the foxes, the colour, the way she had cut the paper. I liked everything.”

Becky chose ‘Matty Healy’ by Alice Ryder: “I’ve got so many favourites. One I very loved was a drawing of Matt out of the 1975. There was a lot of art about bands – it showed lots of people’s interests. I think people should go see the exhibition because you’ll see great pictures and you might love them.”

Sebastian chose ‘Manchester Skyline – Music Edition’ by Meha Hindocha: “I like the Manchester illustration, it’s like a map with all the iconic building and people from Manchester on it. I like Liam Gallagher’s attitude in it.”

Amber chose ‘Tim‘ by Suzanne O’Callaghan: “I just like it because he’s looking out of the window and it makes me think of the outside world. I like the colours and the way it’s framed.”

Bilal chose ‘Things Fall Apart’ by Alex Pemberton: “I like the colours in it. Go see the exhibition because nice people work at HOME and there is work by hundreds of artists.”

Dom chose ‘Peterloo: Stockport Female Reformers Masque of Anarchy’ by Nicholas Granville: “I like this because I really like protest – I like people standing up for their rights. The painting makes me think about Peterloo and the protests that are happening now. At the moment, I hear a lot on the news about how disabled people have been disrespected by the government. We don’t like it – I think it’s time that we step up and put disabled peoples’ names in the history books for making change. This painting reminds me of the people who passed away but who aren’t being ignored anymore.”