Activism within the disabled community is becoming more and more important, considering the political state of the world at the moment. Activism as a whole has taken a more central role in society generally since the BLM Movement. But like all the equality movements in the world right now should it be called activism, because should we have to take action and actively ask to be treated like human beings, as well as all those who are safely ensconced in the mainstream? I would argue most certainly not. Yet we are all left with no choice but to protest, sign petitions, and perpetually be on a march. In short, make as much political noise as democracy allows us. 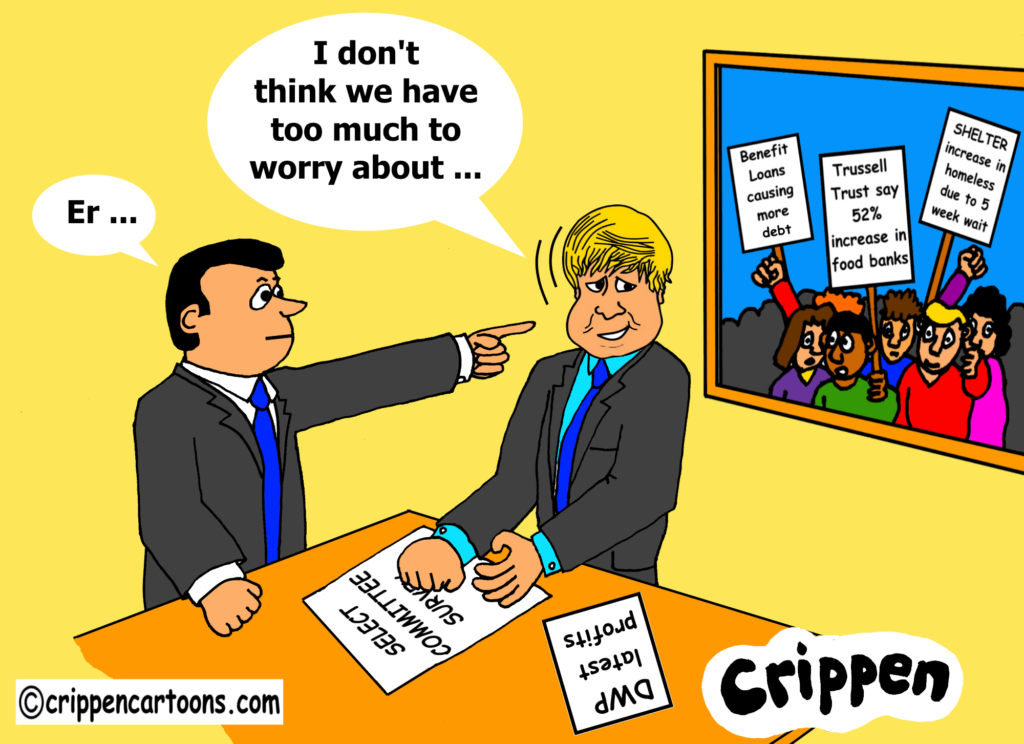 But therein lies the problem. How does a group of people become physically visible through the recognised forms of protest when gathering in one place is prohibitively difficult in a number of ways. For example, I have Hydrocephalus, Cerebral Palsy and M. E.. As such I have all the stuff that goes along with that. Hydrocephalus has a lot of side effects that mean that getting about is a huge challenge for me. One of the fun quirks of Hydrocephalus is that I have a lot of trouble remembering routes. I guess the best way to explain it is like those times that your GPS loses contact with the satellite that it runs off and proceeds to completely freak out because it has no idea where it is. That’s how my brain works too, I’m grand in the areas that I’ve learnt, but that learning process takes years, and if roads that are on the routes that I’ve memorised close or change in anyway, I’m totally scuppered like a Hot Wheels car when there’s some carpet fluff on the track. Which means that, added to the fact that people with Hydrocephalus really don’t do well in crowds, meaning that going up to London for a big march is pretty much a no go for me.

Of course I’ve found ways around this, but so so much of me having a vaguely normal life hinges on other people, so the ‘lone wolf’ existence is off the table. Though this does mean that I know how much the people around me care about me, and my God do they show it. For example, I once had a job interview in London and a friend of mine came all the way down from Huddersfield to help me get around. Because she knew that me and the underground alone are a bad idea. She even came over to Paddington from Kings Cross to pick me up, and then down to Waterloo for the interview and hung around while I was in there. Now that’s special.

But here’s the point. I’m one person with one specific disability that affect me in specific way. There are millions of people with thousands of different disabilities that affect them in completely unique ways. Yet we are all clumped together? There are so many different groups. There’s the ‘life-longers’ (like me), the ‘later-in-lifers’, intellectual disabilities, Mental conditions  and physical disabilities or a mix of all of them.

All of us with different needs, different lives and different stories to tell. So who am I to speak for all those people? And yet that is the way the narrative told by wider society, and has led us all to be seen as one of two things. You’re in the Paralympian, hero, overcoming the odds camp, or you’re in the work shy benefits scrounging camp. You’re superhuman or sub-human. How about just human for a change?

That is the greatest test facing disability activism in my view. We are all battling stereotypes, which are based on nothing. Speaking from personal experiences. I have been verbally and physically attacked throughout my life due to my disability. Disability slurs are in wide use in society, retard and spastic are still used as insults on TV, appearing in shows such as Family Guy, The Simpsons and Gilmore Girls.

Here is a video of the President of the United States openly mocking a reporter’s disability, seemingly for laughs. What seems strange to me was that when I moved away to university, there was only 1 person on my course that knew a disabled person before they met me. This led to all manner of offensive conversations that ranged from “you’re pretty funny for a disabled person” to “you’re not what disabled people should  look like”. 6 years on I’m still baffled. This also put me in the odd position of a sort of ambassador. I was very aware that every opinion they had of me may well not only be applied to me but every disabled person they meet after that. It’s not surprising therefore, that The University of St Andrews suggests that 3 or 4 people believe that there prejudice against disabled people in Britain. Here are some facts provided by The Office for National Statistics:

It is irrefutable that disabled people are at risk, and honestly I don’t have the answers. It’s difficult to know how to find the answers at the moment; when a huge number of us are shielding due to Covid-19, and are therefore even less able to get out and make our voices heard. All I would say is that no one has to live with hate crime or discrimination. Here is Scope’s support page for victims of hate crime with information on how to report it, I urge you to use it. No one has to suffer in silence. Even though it may feel like it, I promise you’re not alone. Together, we will beat this.

What do we do in the mean time? Well I would say take a lot of inspiration and hope from the BLM Movement. Although we can’t go about things in the same way exactly I think a lot of encouragement can be taken from the fact that they are finally being listened to. One must also remember that a lot has been done through writing and recording things, which I think could be the route we should take. Write blogs, record podcasts, write to your MP (over and over again until they listen). Reach out to each other, through the Internet. Maintaining community and togetherness is the most important thing, particularly in a society that sees disabled people as a problem to be fixed rather than multifaceted people. The only way that we are going to change that is by challenging it. So report any hate crime, keep appealing that terrible PIP decision and above all don’t get downhearted (I know it’s easier said than done) and if you get down say so. It’s okay to feel let down, because, honestly disabled people have been let down. The only way I can see of changing that is by being loud about it.

The thing I think we most need to do is to eradicate the huge increase in “Inspiration Porn’ that we have seen since the 2012 Paralympic particularly. I saw this and it made me think about how much it’s true and how much this is the thing that I’ve been trying to express my whole life but I’ve never been able to. It’s just been a sort abstract notion in my head and yet there it all is so clearly laid out in a little post on the internet. It’s kinda amazing because it’s made me realise I wasn’t mad this whole time, it’s really a thing and this is what has been shaping the way that my life this whole time because I am in the section of the people that can’t afford to mitigate the effects of the disability in a financially assisted way and then it’s meant that I’m hugely open to the whole ‘why are you not not coping better argument.’

For example Tom Shakespeare is a disability studies lecturer. But he adds to this whole dynamic hugely because he has a knighthood and a hereditary title and went to Eton and Cambridge, all of which means he has absolutely no personal experience of living purely off DLA or PIP. He seems to be an accepted spokesperson for this community, which exists very much on the margins of society but he addresses it with no knowledge of that and as someone who’s social peers are those who run the country and have the most wealth, therefore he really shouldn’t be the one writing the book on what it is to be disabled because his experience of it and the way that he writes about it actually makes it much much harder for the people that are unable to access the wealth and connections that have actually made his life easier to live. I speak from the point of view of someone  and has read most of his work, because I think it’s really important to know how I’m being portrayed to the wider society in which I exist. I can tell you this I recognise very little of what he says in my own experience and I feel that he is not at all nearly empathetic to be in the position of voice of a community that he holds. There are many more people that I feel speak for me: Dame Tanni Grey-Thompson, Dave Weir, Peter White, Rosie Jones and Francesca Martinez  and of course the late great Stephen ‘the lord’ Hawking, for example. 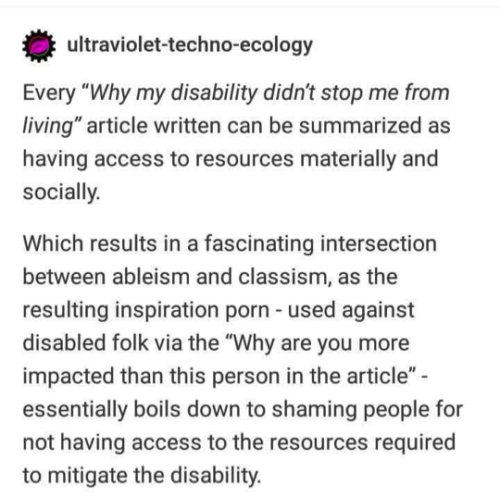 Hi Will – we are coming to the end of National Hate Crime Awareness Week and wonder how much good it has done? I hope it has raised some awareness. Reading your blog made me wonder if there is a correlation between inspiration porn and disability hate crimes? What is it about seeing people who are ‘different’ that arouses such negative responses from the ‘normals’. According to Nick Watson Professor of Disability Research at the University of Glasgow there are no clear directives on why hate crimes are committed. https://www.scld.org.uk/what-can-we-do-about-disability-hate-crime/ Nick advises that punitive measures merely helps substantiate negative trends,… Read more »