The ‘213 Things About Me’ podcast – a serial drama-documentary, offering a wry and moving insight into the world of the Autist. 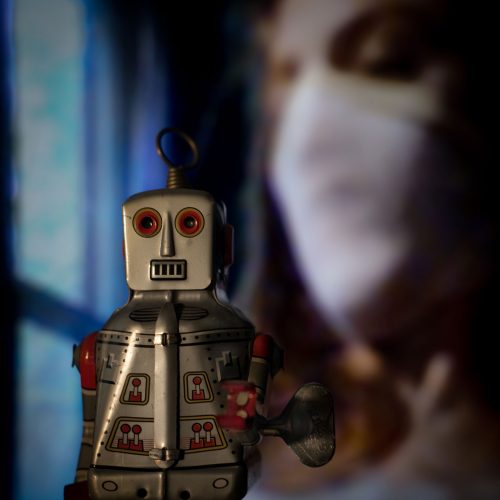 Written, directed and narrated by Richard Butchins, starring Rosa Hoskins (daughter of the late Bob Hoskins) as the voice of ‘Rose’. Recorded remotely from their homes and edited by Patrick Knill, ‘213 Things About Me’ tells the life story of ‘Rose’ through a list of her traits, made immediately after being diagnosed with Autism.

Broadcast over the course of seven weekly 20 minute episodes, ‘213 Things About Me’ is shot through with humour and trenchant observation giving an insight into the experience of ‘social distancing’ from those members of society who have been doing it for years. Many people with Autism ordinarily live in a form of semi-permanent social isolation, so now is a good time to explain the experience of being isolated and autistic. The podcast aims to assist people in getting used to the “new normal” as it’s described.

Rose was diagnosed with autism aged 36 and took her own life six months later. She possessed numerous talents, teaching herself 12 instruments, a bunch of languages, complex mathematics and other extraordinary things. Ultimately she was unable to find a place in the world. Richard and Rose were close friends and based on her writing and extensive conversations, ‘213 things about me’ makes meaningful observations on being neurodiverse in a ‘normal world’.  The listener is pulled into Rose’s world, learning about her attempts to find a relationship, a job and a decent place to live; basic things most people take for granted. Rose was also very funny, 213 Things About Me is loaded with dark humour and astute observations.

Originally commissioned by arts commissioning programme Unlimited as a moving image installation and exhibited at the 2015 Edinburgh Festival, ‘213 Things about Me’ was also presented as a theatre performance by actor Rosa Hoskins staged at the Battersea Arts Centre in May 2018. It is now produced into a brilliant 7-part narrative podcast published by Disability Arts Online as part of our Covid Commissions season.