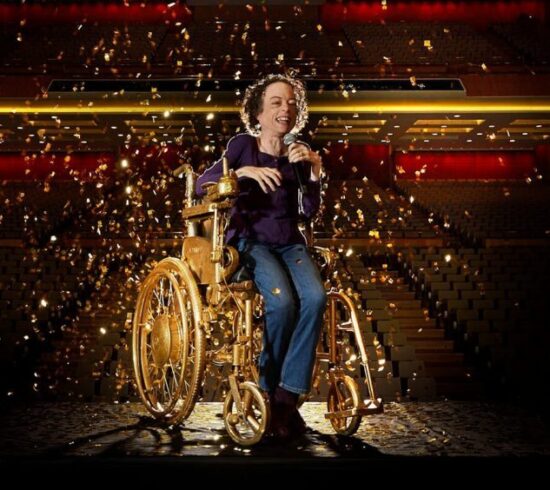 You might know me as forensic examiner Clarissa Mullery in the BBC One drama Silent Witness, or you’ve seen me as your little ones have watched CBeebies Bedtime Stories or as a guest on a quiz show? Alternatively, you might know me from my disability activism or from my opposition to legalising assisted suicide – which most recently I’ve explored with glitter and a song in my show Assisted Suicide: The Musical

I began my life as a comedian with the sketch group Nasty Girls, before trying my hand at stand-up thanks to Abnormally Funny People back in 2005. Since then I’ve received an amusing ’special’ commendation in one comedy competition, been runner-up in the prestigious Hackney Empire New Act of the Year competition and I’ve gigged, MC-ed and performed in the worlds of mainstream comedy and queer cabaret all over the world. I’ve contributed to many BBC Radio programmes from Today and The World Tonight to Front Row, Loose Ends and You and Yours. In 2012 I visited all the countries where assisted suicide and / or euthanasia were then legal, the results of which were made into a self-authored two-part BBC World Service documentary, When Assisted Death is Legal

I’ve performed all over the world and have ‘wheeled the boards’ in various plays – further details of all this can be found on my Spotlight page.

I’ve been involved in disability rights and activism for over 25 years. I’ve spoken in Parliament Square, appeared on Newsnight, addressed the Labour conference and been handcuffed to buses in the campaigns to secure accessible public transport for all. I support Disabled People Against Cuts (DPAC) and I’m very involved with Not Dead Yet UK 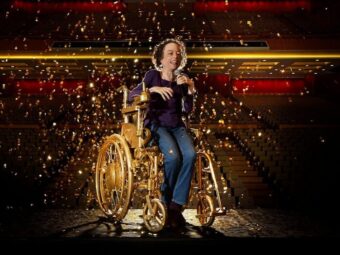 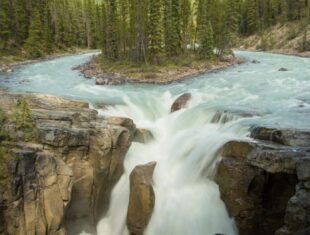