Deafinitely Theatre is the UK’s leading deaf theatre company. Established in 2002 by Artistic Director and co-founder, Paula Garfield, it produces bilingual theatre in British Sign Language (BSL) and spoken English. This means the company’s work can be understood by both deaf and hearing audiences together while retaining BSL as the leading language throughout.

Deafinitely’s vision is a world where deaf people are a valued part of the national theatre landscape, recognised for the excellence of their work. The company aims to build a bridge between deaf and hearing worlds by showing plays to both groups as one audience. Its productions set out to correct misconceptions about the deaf world, as well as correcting deaf people’s misconceptions of the hearing one.

Audiences queued in the street for return tickets to see Deafinitely’s sold-out premiere, Deaf History, at the Gate Theatre in London in 2002 and many more productions followed, including shows at Southwark Playhouse, Soho Theatre, Tricycle Theatre, Unicorn Theatre and on national tour.

In 2012 Deafinitely celebrated its 10-year anniversary with the first ever BSL production of Shakespeare at The Globe Theatre, its version of Love’s Labour’s Lost bringing deaf actors and audiences into the venue for the first time in its history. Following this success, the Globe invited Deafinitely back in 2014 with its production of A Midsummer Night’s Dream. The company also produce contemporary plays from the world repertoire and its most recent production, Grounded by George Brant at The Park Theatre in 2015, gained 4 and 5-star reviews.

An integral part of Deafinitely Theatre’s work is its extensive Education and Training Programme, including a Youth Theatre and CPD for emerging and established practitioners. The company offer bespoke workshops, masterclasses, residencies, post-performance discussions and Deaf Awareness Training for a range of participants, from school students to working professionals.

‘Definitely, I’d say, theatre for everyone.’   The Guardian

Press Quotes for Grounded by George Brant at The Park Theatre, 2014

‘Incredibly powerful and intelligent.’   The Stage 4*

‘Deafinitely Theatre’s production of Grounded by George Brant is unusual, gripping, and important… If you know any theatre people, take them to this show. They will enjoy it, and it just might encourage them to support a more inclusive theatre.’   British Theatre Guide 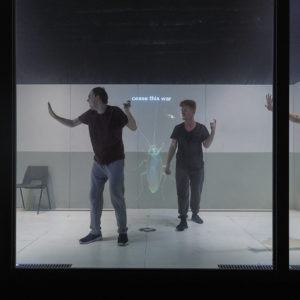 Deafinitely Theatre is restaging Sarah Kane's 4.48 Psychosis which is currently on a tour which includes New Diorama (London), Derby Theatre and Wales Millenium Centre (Cardiff). For this latest run of 4.48 Psychosis, William Grint returns to the company where he cut his acting teeth. ... 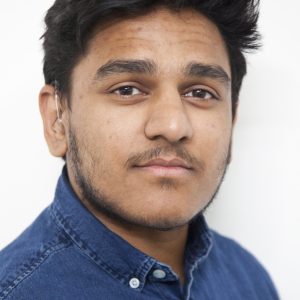 Something Else, Deafinitely Theatre’s stage adaptation of Kathryn Cave’s children’s story of the same name plays Derby, London, Bristol and Oxford 28 May – 2 June. It tells the story of a small creature who lives his life always trying to fit in. But he ... 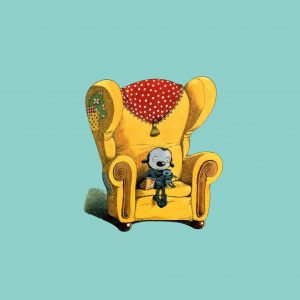 Following its sell-out tour in 2015, Deafinitely Theatre’s Artistic Director Paula Garfield has announced a new tour of its adaptation of Kathryn Cave’s much-loved children’s book Something Else, illustrated by Chris Riddell.  Deafinitely Theatre’s bilingual production for both deaf and hearing audiences has a school performance ...

On 25 January 2017, the Arts Council announced a total of £301,008 to support deaf and disabled-led arts organisations to go nationwide with two sector-changing tours. Deafinitely Theatre is the only professional deaf-led theatre company in the UK that works bilingually in British Sign Language (BSL) ... 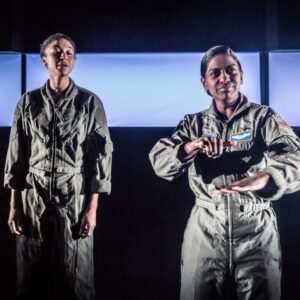 SICK! Lab On the Couch: ‘Who is your Neighbour’ and ‘US and Them’

SICK! Lab in Manchester on 10 March featured a number of panel debates throughout the day entitled On the Couch. Joe Turnbull reflects on two of the sessions ‘Who is my Neighbour’ and ‘US and Them’. Everybody needs good neighbours and a community they can relate ... 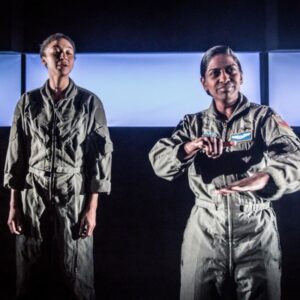 Deafinitely Theatre's latest production is a bilingual version of George Brant's acclaimed play Grounded which charts the intimately personal journey of a female fighter pilot who loses her wings. Joe Turnbull went along to London's Park Theatre to see if it reaches the heights. Deafinitely have ... 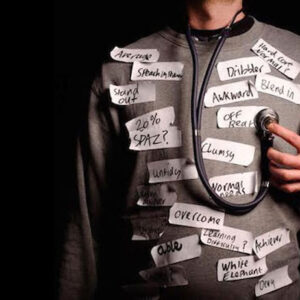 Every August the world’s performers and entertainers flock to Scotland’s capital. Paul F Cockburn asks just how easy is it for disabled artists and audiences to get the most out of the Edinburgh Festival Fringe? Given that it’s been running every year for nigh-on seven decades, ...