Hijinx theatre company, based at Wales Millenium Centre, Cardiff, aspires to make it commonplace to see and hear actors with learning disabilities on stage, screen, and TV. Their actors join mainstream casts and are paid industry rates for their work. They perform at prestigious events such as Glastonbury and Edinburgh Festivals, and tour the UK and abroad. And through the wide exposure of mainstream audiences to the work of Hijinx actors the charity continuously challenges perceptions about those with learning disabilities and raises aspirations for the actors they support.

Through theatre Hijinx started to offer people with learning disabilities the freedom to express themselves creatively, work with others, and have goals to aspire to. They provide rigorous professional vocational training via the growing number of academies they’re establishing around Wales, where students receive high quality training and do more to shape and mould their future.

By next year Hijinx will have five academies across Wales, which will be no more than a 90 minute drive for anyone in Wales. 18 year old Tom, who is now a Hijinx student first discovered the charity when he was 14. His mother explained,

‘Tom announced when he was 14 that he didn’t want Down’s Syndrome anymore – he wanted ‘Up Syndrome. It was heartbreaking. Then one day we heard about Hijinx. They were touring a play about a young man with Down’s Syndrome who had set his sights on climbing to Base Camp, Everest. Tom loved it and after the show was insistent that we wait and meet Gareth, the young actor with Down’s Syndrome who had taken the lead role. Tom told Gareth, ‘When I’m a man, I want to be you’.’ From that day, everything changed for Tom. Hijinx provided confident, aspirational role models for him and lit a spark that has led him to pursue an acting career of his own. This year Tom, now aged 18, joined the Cardiff Hijinx Academy – travelling from Somerset each week to work side by side by his hero, Gareth.’ 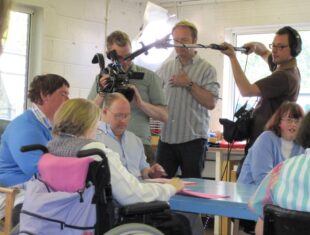 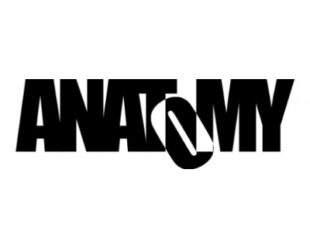