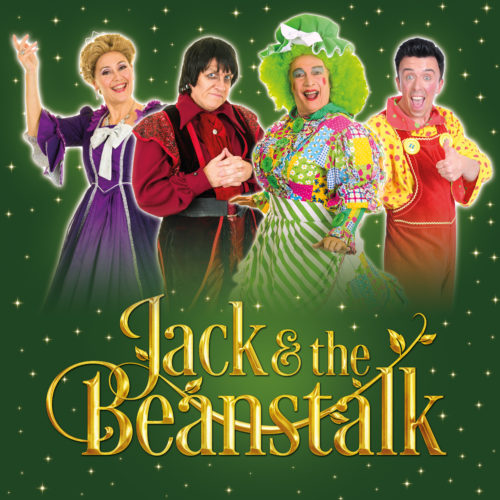 A GIANT of a pantomime!

Come and join us for the biggest panto in Inverclyde this festive season with Jack & the Beanstalk at the Beacon Arts Centre.

Poor Dame Trot and her son Jack hardly have a bean to their name, and to make things worse the village is being terrorised by a wicked giant. Can Jack defeat the giant, win the heart of his one true love and solve his economic woes?

The show stars Still Game’s Jane McCarry as Queen Grizelda, Mark Cox as Fleshcreep, River City’s Jimmy Chisholm as Dame Trot and the hilarious Lee Samuel as Simon. The quartet return by popular demand having proved a huge success in the Beacon panto over the last few years.

Once again Beacon Arts Centre will have all the ingredients for a perfect family panto, with a dastardly villain, a hapless comic and a hilarious panto dame, as well as spectacular sets and costumes, fabulous songs and dances and bags of slapstick fun!

Book your tickets now as Jack & the Beanstalk is a pantomime not to be missed!