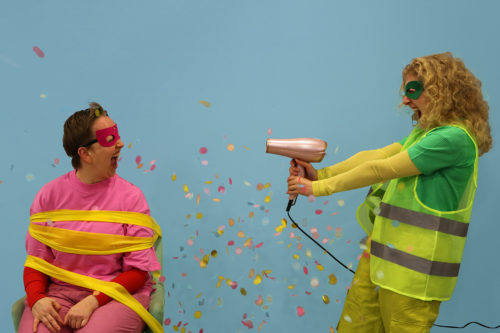 On the streets of Elephant and Castle, everyone likes to make speculations about Scrounger. She needs help, she’s naïve, she is sent from the demons to torture her mum… at least according to her Nigerian Uber driver. Scrounger doesn’t care; a successful online personality, she’s got more power from her bedroom than anyone on Southwark’s estates could dream of. She’s educated, she’s ballsy, and with a huge network of online allies, Scrounger is a woman who knows how to make change happen. That is, until an airline destroys her wheelchair.
Inspired by real events and a lawsuit initiated by Stevens, who herself has athetoid cerebral palsy and uses a wheelchair, Scrounger drives towards the realities of how Britain is failing its most vulnerable and the extreme cost paid by those seeking justice.

Access:
One of the performances will be livestreamed for those who aren't able to access the theatre