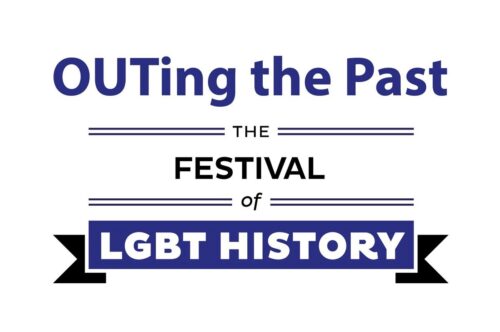 In this online event Emma Jones, Norena Shopland and Ju Gosling share how LGBTQIA people in the past have been supported and lived through networks.

This event will have live closed captions.

From Rights to a Centre: The birth and transformation of the Greenwich Lesbian and Gay Centre 1984 to 1994

Emma Jones speaks on the Greenwich Lesbian and Gay Centre’s development and the activism that led up to it.

A talk from Emma M. Jones, Head of Insight at METRO Charity, on the ‘Our History’ project – collection of oral histories and archival material. The Greenwich Lesbian and Gay Centre’s development and the activism that led up to it is a story about the margins of mainstream queer culture and community development, economically and geographically. Most of those who were interviewed in the oral history collection have not given interviews previously and represent diverse voices of former staff, service users and allies, many of whom identify as working class and all within the LGBTQ+ spectrum including 38% lesbian so a very strong representation of lesbian women’s history from a working-class London perspective.

Women in men’s clothes: from cross-dressing to empowerment

Norena Shopland shows that to locate LGBT+ people in the past we must not look for what people are but what they were doing, especially with regard to dress.

The Biblical rule Deuteronomy 22.5 states that anyone who wears the clothes of the opposite sex is ‘an abomination unto God.’ Throughout history, society has clung to this edict with many countries passing laws making it illegal to wear the ‘wrong’ attire. France did not remove their ruling until 2013; some countries still have it in force. In the UK it was never illegal but anyone not wearing their ‘proper’ dress was seen as up to no good and arrested. Taking examples from my forthcoming book Women in men’s clothes: from cross-dressing to empowerment (Pen and Sword, June 2021), I show how it is thanks to this ruling that we have come to find out so much about gay and trans people from the past.

Regard: 30 years of campaigning for equality by LGBTQI+ Disabled People

Dr Ju Gosling outlines how Regard supports disabled people who are LGBTQI+.

Founded in 1989, Regard is the only national organisation run by the members for the members. Regard exists to represent Disabled people in the LGBTQI+ sector; lead on LGBTQI+ issues in the Disability sector; combat social isolation among its members; and campaign on issues that specifically impact on LGBTQI+ Disabled people, especially social care and hate crime.