At the launch event which was held in Leicester and livestreamed online, Nicolas Serota, Chair of Arts Council England outlined the three key promises which he said this National Portfolio delivers on:

Serota, said the NPO announcement was a “massive vote of confidence in the arts, and a continuing commitment to the Creative Case for Diversity”. He described the National Portfolio as “ground-breaking…which will disrupt, challenge and above all, change people’s lives”. Disability Arts Online is pleased to announce that it is part of a new generation of disability-led organisations joining the portfolio including Access All Areas, Diverse City, Bamboozle, Together! 2012, Bradford Literature Festival, Yellow Earth, BOM, MeWe, International Curators Forum, Luton Carnival, and Shubbak festival. In total there are now 35 disability-led organisations in the National Portfolio, including 12 new additions.

“Aside from today’s announcement being fantastic news for Disability Arts Online’s future, we are really pleased to see the significant increase in support for disabled artists and audiences across the portfolio. As part of a cohort of new diverse-led organisations we look forward to achieving an arts sector that appreciates the richness and diversity of disability arts and culture, ultimately achieving the aims of the Creative Case.”

Other new organisations which may be of interest to readers include Outside In, Corali Dance Company, Venture Arts, SICK! Productions, with a significant investment in music in the South West through Paraorchestra and Friends, Plymouth Music Zone and Open Up Music.

Diverse-led organisations have also been successful with applications for ‘uplifts’ in funding – there have been uplifts for Tricycle, the Bush Theatre, 20 Stories High, Talawa, Tiata Fahodzi, Eclipse, Dash, Attitude is Everything, Extant, Heart N Soul, Deafinitely Theatre, Mind the Gap, New Art Exchange, StageText and Vocal Eyes, with the last two being supported to extend their delivery across museums.

Please note: we are receiving a number of individual press releases on this announcement and will post quotes from them below in the comments section.

Nick Llewellyn, Artistic Director of Access All Areas, said: “This transformational grant will enable a new generation of emerging learning disabled artists to author their own work, and make their stamp at the centre of the theatre industry in London and beyond. This is an exciting moment for learning disabled art in London.” Artists Emma Selwyn, Charlene Salter and Terry Huggett said: “It’s really encouraging that the Arts Council seems prepared to give learning disabled artists a chance in London. This will give us the opportunity to work with new companies in the mainstream, and will allow us to further… Read more »

Chief Executive of Stagetext, Melanie Sharpe, said: “This is very exciting news; it’s recognising the hard work and unique service that Stagetext has developed over the past 5 years within the Museum and Galleries sector.

Executive Director of Mind the Gap, Julia Skelton said, “The team here at Mind the Gap is thrilled to retain our NPO status, which will enable us to maintain our innovative, exciting touring programme across England. We look forward to building new partnerships with arts venues and communities, and continuing to develop existing ones. “Furthermore, this uplift of £40,000 p/a over the next NPO period will strengthen the company’s role in creating the conditions for learning disabled artists to be leaders. Learning-disabled artists are still largely overlooked and marginalised in the arts sector. We know it’s more powerful when people… Read more »

Great news, congratulations to everyone at DAO and to all the organisations who have new or increased funding, about time too! 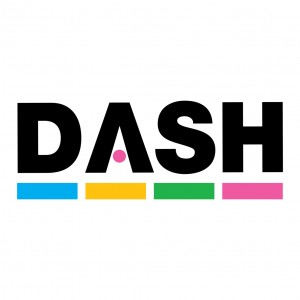 Congratulations to all at Disability Arts Online and all those joining, staying and getting a raise! You’ve definitely earned it! DASH’s application for additional investment has been supported, which means that we can expand our partnership work commissioning Disabled artists and create a new Disabled children and young people programme. Peter Knott, Area Director, Arts Council England said: “Creative talent is everywhere, but opportunities are not, which is why we’re thrilled to be increasing our investment in DASH over the next four years. It’ll be great to see them continue to support disabled visual artists, as well as using our… Read more »

Michaela Butter, Director of Attenborough Arts Centre, University of Leicester said: “We are absolutely thrilled that Arts Council England recognise the valuable work that we do and have decided to increase their investment on us. The funding we receive from ACE is essential in helping us to support and increase access for artists and audiences to great art. On behalf of the University of Leicester I’d like to thank ACE for their continued financial support and confidence in our organisation. The majority of the support from ACE is invested in supporting artists from a wide range of backgrounds and goes… Read more »