A trio of Buckinghamshire New University students are supporting the filming of a series of short films charting the history of the National Disability Arts Collection & Archive (NDACA). The students, from the School of Arts and Creative Industries, are working on the short films with 28 disabled artists, activists and their allies on locations in London, bringing alive the 30-year history of the disability arts movement in the UK.

Oliver Miles, Morgan Race, Joseph Snode, all studying BA (Hons) Film and Television Production, are working voluntarily as runners with the project, which comes ahead of the opening in April 2018 of a specially-dedicated wing at Bucks New University, hosting the Archive, a £1-million Heritage Lottery Fund project.

Oliver said: “I chose to get involved as I saw it as a good opportunity to experience and work in a professional production. NDACA Director David Hevey has produced and directed a number of documentaries for renowned companies, including the BBC, so I was eager to see him in action and rack his brains for information.

“The fact that the project will be showcased in a wing at the University also enhanced my willingness to get involved as it was clear this was a project my University supports.”

Speaking about the day-to-day work, Oliver said: “We are helping to set up various equipment on set, such as lighting rigs and props, and working as clapper loaders to ensure camera footage is labelled up and accessible during post-production.

“We are maintaining health and safety by taping loose cables and organising clear pathways through the set. We are also responsible for buying lunches and hot drinks for cast and crew.

“The experience is providing me with an insight into a professional work-flow during film production and has also provided me with a good chance to practice set etiquette and get up close to advanced camera equipment.”

David Hevey said: “Bucks New University is one of NDACA’s key partners – it has collaborated with us to provide some undergraduates to get work experience on the NDACA shoot.

“All the students are incredibly sharp, a massive helping hand and really get the professional standards of documentary filmmaking. It’s always been important to me that NDACA uses its funding to support emerging talent across all project elements.”

The £1 million NDACA project is being overseen by the disability arts organisation Shape Arts and bring together 2,500 objects celebrating the history of the disability arts movement. The project will also see NDACA deliver a multi-media website and catalogue, a series of films, and live events, among other things.

The disability arts movement began in the UK in the late 1970s and continues to the present day. It is the heritage story of a group of disabled people and their allies who broke barriers, helped change the law and made great art and culture along that journey.

The project is also supported by Arts Council England and Joseph Rowntree Foundation and as part of a range of activities nationwide Bucks New University will host a learning wing of NDACA’s digital and physical items in the Library at its campus in Queen Alexandra Road, High Wycombe.

The films will be shown on the NDACA website, along with all the other NDACA resources in April 2018 and will also become part of future programming at Shape Arts, the disability-led organisation where NDACA is currently based. It is developing ideas of how to tour the film to other sites and platforms as part of its Going Live strategy in 2018. 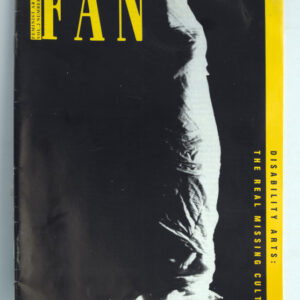 As part of a series of features highlighting art and objects within the National Disability Arts Collection and Archive (NDACA) Elinor Rowlands evaluates the legacy of a key moment within the history of Disability Arts. Prioritising debates from within the Disability Arts Movement was key for Elspeth Morrison when she guest edited Feminist Arts News in ... 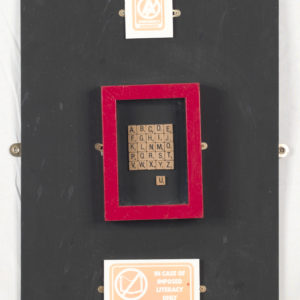 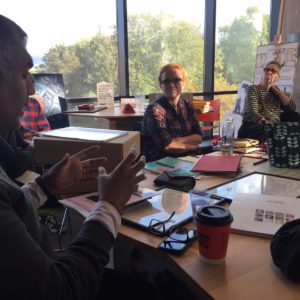