Chris Ledger, much-loved Chief Executive Officer at University of Atypical (UoA), North of Ireland, has sadly left this world for her next adventure. Her death comes after a long illness and after an extraordinary and eventful life. Julie McNamara commemorates one of the key movers and shakers who dedicated her life to being at the helm of Disability Arts in Europe. 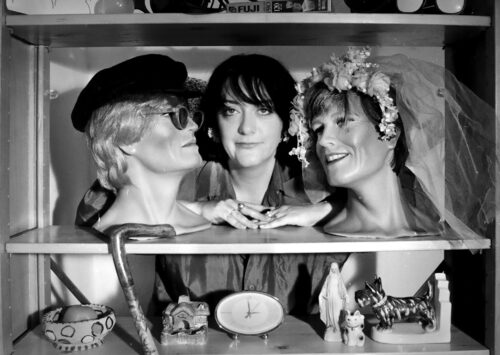 Many will remember Chris for her fearless creative leadership at UoA (formerly Arts Disability Forum), where she blazed a trail for Deaf and Disability Arts across Ireland and Europe for twelve years. Prior to her time at ADF she worked for several years at Arts Council Northern Ireland, where she pushed tirelessly for an equitable portfolio of funded organisations and artists across the North that would present the highest production values and elevate Deaf and Disabled artists. Chris quietly moved mountains to ensure funds were ringfenced for Disability Arts.

Chris had come to Disability Arts in 1994 when she found her way to a DAN (Disabled people’s Direct Action Network) meeting in Nottingham and she was completely won over by the activism, politics and passion of the movement. Chris had lived with long term disability for years. That meeting ignited a life-long flame that opened a way for her to re-frame her experiences as being disabled by other people’s attitudes and their obsessive passions for steps and stairs. She railed against town planning for public spaces that marginalised and dismissed disabled bodies and minds as flawed or failing.

Chris went on to work for East Midlands Arts Group and then with East Midlands Shape, a once thriving, vibrant disability-led company, and produced a wide range of creative projects including the extraordinary ‘Shelf Life’ promoting the work of artists with limited life span with Manchester Coalition of Disabled People.

Few people knew that Chris was a loud shy kid. She had to train herself into public speaking, to accept her role at the helm. In 1998, she begged me to come to a film festival in Italy to receive her award, because she was too shy to go up onto the podium. That astonishing adventure in Turin was the real initiator behind the London Disability Film Festival that began at the Lux, moved to the BFI and existed for ten years on the South Bank in London. All thanks to Chris Ledger’s mischief!

She was an award-winning filmmaker and photographer with a unique eye for people too often shunted to the margins of our communities. She was both a compelling witness and a loving, careful steer to those of us on the fringes of society, with such generosity and warmth that even the most cynical amongst us were happy to gather at her hearth. I was blessed to know Chris since the late 1980s when I was at college in Nottingham and she was working alongside Madeline Holmes running Ava Video Arts.

Chris Ledger leaves an extraordinary legacy for the creative industries here in the North of Ireland, in the UK and across Europe. She showed the world what was possible, by building a team that worked to weave creative dreams into bold realities.

Chris was a gentle and generous soul who had little time for egomaniacs and even less for bullshit. She was a high Femme punk soul, 50s fashion Queen with a passion for polka dots, glorious glad rags, handbags and bright red lipstick. She spoke her mind, candidly and calmly and rarely wavered, but she always and in all ways, worked with love. She never set anyone up to fail, so if work was not ready, she would let you know that there was more to discover, that you could move beyond the limits of your imagination.

Chris Ledger had plans. She had wanted her birthday in November to become her Not Dead Yet Party. She had wanted to take over Stormont and have people with learning disabilities run their own parliament. She had asked me to bring over to Ireland a 14-foot puppet we had made as a replica of the work of James Henry Pullen, a self-taught carpenter who had been committed as an ‘Idiot’ to Earlswood Asylum in 1847. Our puppet was to become the Lord of Misrule and I was to be his Minister of Social Insecurity. She had wanted the next Bounce festival to become the biggest pushback to Brexit UoA could summon, with a great celebration of Deaf and Disabled artists from across communities in the North.

Chris Ledger was a visionary leader, a fearless maverick and shrewd strategist with a huge heart. She believed in realising dreams and had a way of getting what she wanted for you and from you. She helped you to become the best you can be and what greater gift can any human bestow upon another?

August 1st was a bright morning in Bangor, though there was a nip in the air over the southern shores. I had promised Chris I’d scatter the remains of Shirley Mc, Queen of the Mersey, at the water’s edge, by the foot of the steps near Stepping Stone bay where she and Louise lived with their cats, Bertie and Rufus. Shirley Mc had been one of her favourite rebels and the Patron of Chris and Hugh O’Donnell’s Arts and Biscuits project. I sang Chris a song, scattered the ashes and heard a gull cry out as it flew across my path and soared into the air. I got a phone call two minutes later, Chris had died peacefully. Her beloved wife Louise and her cousin and soul sister Sue were at her bedside.

What will we do without her? My heart aches for the loss of her. I have no doubt there are many hundreds of you out there hurting too. She lived to the full. Chris touched so very many lives and we need to remember that her love stays on within each of us. Let’s be the best we can be, for that is what she would want for us and for Disability Arts in the North of Ireland and across Europe.

Chris was a tireless supporter of disability arts. I remember her most of the 1990s – she was a brilliant filmmaker and Shelf Life was an absolutely awesome project. I remember her for her kindness and support of individuals going through crisis. She also some connection to discussion about Disability Arts Online in it’s very early days in 2002…. it was always an anxiety for me that we struggled with connecting with her work in N.I. but it’s hard for a small outfit like DAO to connect with all the great work being done within disability arts across the UK

Thank you for this, Julie. Chris wiil be sorely missed by so many, including me.

Lovely to read about Chris. I knew the Chris of the 2006 era onward. I missed her 1980s era and heard her stories of the film work. I had glimpses of all your references and feel lucky to have been there in her zone later. There is still a dreadfully sad and shock sensation here when I try to contemplate she’s not there. Such recent texts and I did not know that they were my last chats. Trying to turn this in to motivation. I hope we do have a party for her with your puppet. Here to help and… Read more »

Thank you for those tender and feisty words Julie – 1st august was a poignant day – a day we will remember with an ache in our hearts.

A great influence upon me, an inspiring colleague and peer and the best of craic just for the sake of it. There was always an exciting charge to a conversation when Chris was involved in one. Everything she did or said was electric with possibility for change and a sense of the new. Will miss her greatly. 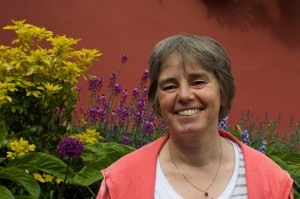 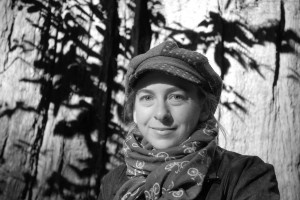 Thank you so much for writing this JulieMc. I will always be sorry we never got to work closely on a project together, she was always so warm, passionate and easy to talk to. Chris will be so missed, but her work and legacy continues.

I probably met Chris/saw Chris at that DAN shenanigan in Nottingham. It was an inspirational few days for all in attendance. Bus hijacks, blockading the Robin Hood Line, meeting officialdom, breakfasts with danners, a disability arts gig and lots of chat and learning. DAN showed the way to do it. Those of us who learned the lessons continued in one way or another. Chris sure was a leader who continued to learn and contribute. I’m sure i met her at another arts event in the east end. I remember a smile, sweet and cynical about towards a response or an… Read more »

Thank you for these words Julie, taking me back to those long lost days when Chris turned up at my house and studio with an AVA video camera and that bright red lippy smile, captivating! – Another comrade and legend lost. with love. x