Disability History Scotland (DHS) is pleased to announce a grant of £10,000 from the Heritage Lottery Fund (HLF) for Unwritten, a live show written and performed by disabled artists, to premiere at the Edinburgh Festival Fringe in August 2017. The grant has been made under HLF’s Stories, Stones & Bones initiative as part of the Year of History, Heritage and Archaeology. The boy without superpowers. The girl who spoke to the dead. The man who broke chains. Unwritten collects the poignant but often comical stories of three disabled individuals with wide-ranging impairments, placing them in an historical context from the Act of Union, to the 2010 Equality Act and beyond, as a fundamental part of Scotland’s culture and heritage. All performances will be accessible to those with physical impairments, and three performances will include BSL interpreters and a palantypist to support Deaf/deaf audience members.

“Unwritten will break new ground at this year’s Fringe as it places disabled people at the heart of the production from the very beginnings to the final performance,” said DHS chair Sasha Callaghan. “The support of the Heritage Lottery Fund has been invaluable to us in telling the story of how disabled people have helped to shape Scotland.” “The Heritage Lottery Fund is a key partner in the Year of History, Heritage and Archaeology and it’s our ambition that people of all ages will have the chance to discover something new about the heritage they care about. We’re delighted that, thanks to funding from the National Lottery, Disability History Scotland will be opening the door to fun, learning and everlasting memories for many people as we celebrate this special year.”

Unwritten is written and performed by Sasha Callaghan, David Nicol and Stuart Pyper. The production will premiere at Theatre 3, The Space @ Surgeon’s Hall (Venue 53), with previews on Friday 4th and Saturday 5th August, followed by a main run from Monday 7th – Saturday 12th August (dates of BSL/palantypist supported performances to be confirmed.) 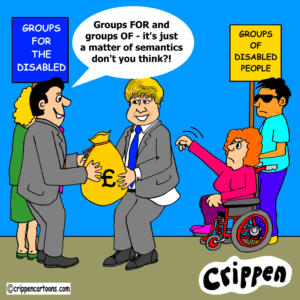 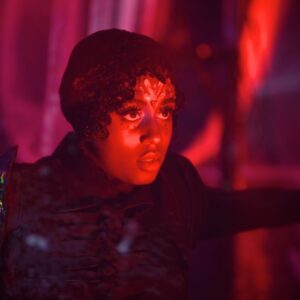 Unlimited announces new commissions round worth over £500,000

Commissioning body Unlimited has announced that it has over half a million pounds available for Main Commissions, Research and Development awards and Emerging Artists awards, thanks to Arts Council England, Arts Council of Wales and Creative Scotland. The application portal will open on 1 October 2020, closing on 27 October 2020. https://www.youtube.com/watch?v=DWwJ5HOVbCo Unlimited has also joined up with eleven partners for ... 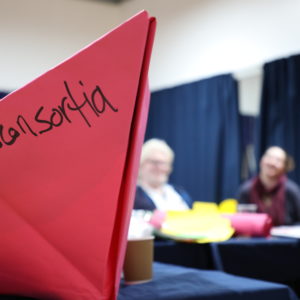 Disconsortia, a consortium of disabled artists based in the North East of England here share their urgent concerns about the implications of Arts Council England's Emergency Funding Package in light of the Coronavirus crisis. We have urgent concerns about the impact Arts Council’s Emergency Funding Package will have on disabled artists, and request that ACE press pause on ...