Paraorchestra and Friends, the national music producing hub behind The British Paraorchestra, and integrated music ensembles has announced that BBC Proms presenter, Lloyd Coleman, will take up the position of its first ever full-time Associate Director. Coleman was also a founder member of The British Paraorchestra, which was established in 2012 to perform at the London Paralympics. It has since played at major concert halls from Bristol to Bahrain and even had a performance at Glastonbury Festival.

The major, senior artistic and organisational appointment follows the announcement that the umbrella organisation that supports the development of The British Paraorchestra will become an Arts Council England (ACE) National Portfolio funded organisation in 2018.

Working with Artistic Director Charles Hazlewood and the organisation’s dedicated team of staff, Coleman will develop and facilitate future artistic projects, including the introduction of an Associate Artist programme. Visually and hearing impaired, Coleman brings extensive experience of his own professional development and performing history to explore opportunities for further learning and education partnerships. He joins an organisation which, for over five years, has created ambitious music projects for the widest range of audiences and repeatedly demonstrated successful integration of non-disabled and disabled artists. In 2015, Coleman became the first composer to write a new piece specifically for The British Paraorchestra. The piece, entitled Towards Harmony, was commissioned by Disability Arts Online and funded by ACE’s Grants for the Arts and the Britten Piers Foundation. Coleman will continue to compose work for the ensemble, as well as performing as a musician in it. A South Wales-born former student of the Royal Academy of Music, Coleman’s music has also been performed by the BBC National Orchestra of Wales, City of Birmingham Symphony Orchestra and Sacconi Quartet.

Charles Hazlewood, Artistic Director of the Paraorchestra and Friends said:

“Lloyd has been a shining star at the centre of the British Paraorchestra since the beginning. He played with us at the Closing Ceremony of London 2012, multiple concerts across the U.K., in tours across the Middle East, and has been at the forefront of our integrated projects, including the headline performance with Army of Generals at Glastonbury in 2016.

“Lloyd composed the first major new commission for the orchestra, recently performed to massive acclaim in a unique collaboration between the Paraorchestra and the City of Birmingham Symphony Orchestra. To have his musical genius, his incredible communication skills, his passion and his heart at the centre of our organisation is a dream come true.”

Immediate projects on Coleman’s desk include playing a part in the launching of a major new Paraorchestra and Friends project at Simple Things Festival in Bristol in October and the development of Velocity, an Unlimited Commission in collaboration with Goldfrapp’s Will Gregory and choreographer Caroline Bowditch. Following its showcase at Glastonbury 2017, Paraorchestra and Friends will also take Play! – orchestral interpretations of classic computer game themes – on tour in March/April 2018.

“It’s a huge honour to be taking up the role of Associate Music Director at this very exciting time for the British Paraorchestra and Friends. I’m inspired by Charles Hazlewood’s vision to make world-class music with open-minded musicians from all backgrounds, regardless of disability. I hope to draw from my experiences so far as a composer and performer to help create new work that will challenge, move and entertain our audiences. As we continue to reassess the value and place of the arts in society, I firmly believe the Paraorchestra can lead the way in showing what a 21st century orchestra can look like – diverse, flexible and collaborative.”

“This is a fantastic appointment. Lloyd Coleman brings with him a wealth of skills and expertise and an approach that resonates with the core of the Paraorchestra. We are delighted to be welcoming Paraorchestra and Friends into the National Portfolio from April 2018 and we look forward to seeing how their work develops in the hands of Lloyd Coleman and the rest of the team.”

Find out more about Lloyd Coleman’s Towards Harmony, the first piece of music composed specifically for the British Paraorchestra, in this series of videos commissioned by DAO. 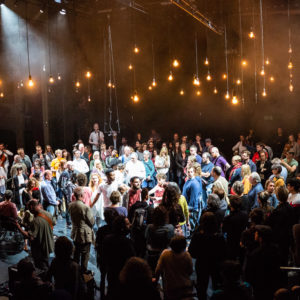 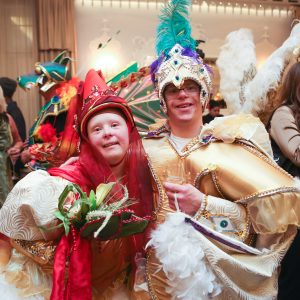 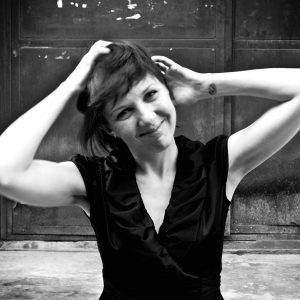