A band that found the limelight when they were the focus of the winning entry in a short film competition has been supported to take the next steps in their music career. Delta 7 have launched their catchy debut single, ‘The Jungle’. Delta 7 is a seven-piece rock band from Eastbourne, East Sussex, who write and perform all their own material. Band members Mikey, Fraser, Elliot, Harry, David, Craig and Speedy have different personalities, talents and impairments. But their shared love of performing, positive energy and mutual support allows them to create music that is infectious and inspiring, making Delta 7 an uplifting and powerful voice for everyone who feels a little outside ‘the mainstream’ of society.

Last year, the band inspired young Brixton filmmaker, Rosie Baldwin, to write a documentary script about them, called ‘We Rise’. The script beat stiff competition to win the Picturehouse Members Film Competition. And, as part of the prize, a two-and-a-half-minute short film was professionally shot and produced by McCann London and Craft London.

Following a positive reception of the film and interest generated in the band including BBC TV news coverage, McCann London has now produced a song recorded with the band during filming. The official track and pop video for the band’s debut single ‘The Jungle’ is released today to raise money for Culture Shift, the organisation that brought the band together and continues to support them and other disabled people in the south of England.

‘We Rise’ premiered at Picturehouse Central on 27th September and has been shown before every full-length feature at all Picturehouse cinemas across the country. It tells the uplifting story of how the seven individuals facing diverse problems in their everyday lives have come together to express themselves and challenge stereotypes through music.

The track and music video is available via all major digital music channels. All profits from every sale will go towards the charity in order to support the ambitions of the band to continue making music and perform more widely. So they can inspire others and speak for everyone in society who understands what it is to feel ‘different’.

“In a climate of increasing cutbacks, Delta 7 thrives with community support, both in terms of donations from individuals and in-kind offers. The band seems to be answering a need for positivity, inspiration and visibility for marginalised people. Delta 7 embodies community resilience and optimism.”

“Delta 7 create a brilliantly atmospheric sound that reminds me of post-punk band, The Fall. Their message reminds us all of the value of music as a tool of empowerment. We’re humbled and honoured to be able to help the band and the charity grow further with the release of ‘The Jungle’.” 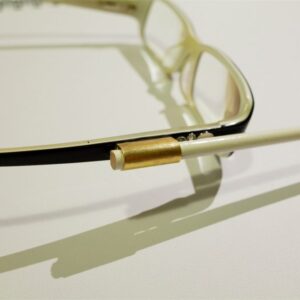 New Score, New Head-Baton, and Ready to Make Some Noise!

This is my last blog article before the conducting development week at The Royal Academy of Music and things are hotting up. The score is ready and we now have a brand new version of the head baton. It has been interesting preparing the parts for the four instruments all be it challenging at times when ... 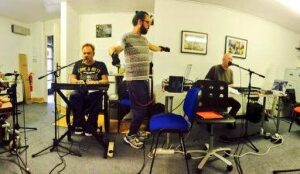 Things are really happening with new arts technologies, particularly in (assistive Music Technology) AMT. Yes I am back with Drake Music Connect & Collaborate, trying to drum up, or tap out interest for London based artists/ musicians in getting together for monthly meetings, the first being in the Sackler Space at the Roundhouse, 12 – ...