Spare Tyre Theatre Company’s The Garden, will be touring to theatres, community venues and care homes in London, Essex and West Sussex from 25 September to 13 November 2017. The Garden is Spare Tyre’s interactive, multisensory performance for people with dementia. It’s a gentle journey through the seasons, developed over several years of careful research and observation. Three performers bring the show to intimate audiences of ten or fifteen people with dementia and their carers.

A small audience, seated within the performance area, are given items from the natural world, and encouraged to smell, taste, dig, dance and dress for the weather! Projection is used on huge and tiny scales, bringing busy animal lives into the space. Live and recorded music plays throughout; the performance is almost non-verbal.

Artistic Director Arti Prashar, who directs The Garden said: ‘The production tours this autumn, as the nights draw in and the weather cools. Many of our audience don’t spend much time time outside. It’s almost certainly a few years since they threw a snowball! The Garden brings the outside in, and encourages everyone in the room to appreciate the moment, without worrying about specific memories.’

Tom Dening, Professor of Dementia Research at the University of Nottingham, said: ‘The Garden is a work of genius. It is deceptively simple as it weaves the four seasons of the year around its audience. It involves all the senses and makes sensitive offerings to people with dementia, indeed to whoever may be watching. Words are laid aside as these can be challenging for people living with dementia. As a result, the everyday disadvantages caused by dementia are laid aside and we inhabit a dementia-free zone, where everyone’s response is equally authentic. The effect is beyond relaxing, it is stunning, and a week later I am still thinking about it.’

Between September and November 2017, The Garden will tour to more than 20 care homes, hospitals and day centres in London, Essex and West Sussex. There will also be public, ticketed performances at Redbridge Drama Centre and Jackson’s Lane, with more theatre venues to be announced. 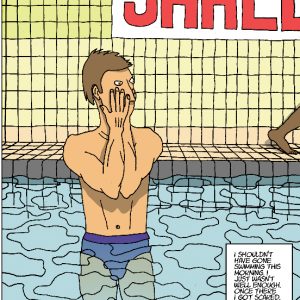 Nightmare Scenarios by Matt Barrell is a series of short graphic stories depicting people in mental-health crises – which Barrell draws based on people he sees in the street or on TV, pairing them with a story either real or imagined. Review by John O’Donoghue. The cartoon is the black sheep of the art world. It’s the ... 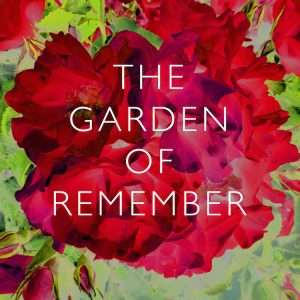 A new digital artwork has been created by people living with dementia, school children and young people. The APP, entitled Garden of Remember will be become part of the permanent collection of NetPark, the world's first digital art park, situated in Chalkwell Park, Essex. Artists, Elsa James, Joe Magee, Alistair Gentry and Jack Hurst, worked with ...