Hull Truck Theatre and Northern Broadsides are delighted to announce that Mat Fraser will play the iconic role of Richard III in their forthcoming co-production at Hull Truck Theatre from 4-27 May as part of Hull UK City of Culture 2017’s second season – Roots & Routes. Mat Fraser began his acting career with Graeae Theatre Company, Europe’s leading Theatre Company of disabled actors, and since then has worked extensively in theatres and on screen in the UK, Ireland, Australia, Canada and the USA.  Most recently Mat co-starred in the 4th series of the hit TV series American Horror Story: Freak Show, and has just finished playing Roger in Peter Farrelly’s new TV comedy Loudermilk for US TV.

Other credits include Beauty and the Beast with Julie Atlas Muz his partner in art and life, through their company ONEOFUS, which has played to equally rave and confused reviews on UK tour, and in New York, Adelaide, and Chicago. His recent museum site specific solo show Cabinet of Curiosities: How Disability Was Kept in a Box, won the UK’s Observer Ethical Award for Arts & Entertainment 2014.

Mat’s UK TV and feature film credits include The Fades, Cast Offs, Metrosexuality, and Chemical Wedding, and he’s made documentaries such as Born Freak and Happy Birthday Thalidomide. Plays include What The Butler Saw (Graeae), Andorra (Young Vic), In Water I’m Weightless (National Theatre Wales), and The Dream where he played Puck (KAOS Theatre Co.), also his own work Sealboy:Freak, and Thalidomide!! A Musical.

Throughout his career, Mat has passionately taken a keen interest in disability representation on all stages, which also led him to host the Paralympics 2012 opening ceremony, as well as working in the Coney Island side show, NYC’s downtown burlesque scene, The Box London & NYC, and in a lot of intense Live Art.

“Northern Broadsides and Hull Truck Theatre are thrilled to announce Mat Fraser in the title role of Richard III. He is an actor of scintillating physicality and vocal power. He joins a company of Broadsiders new and old, Hullensians aplenty, and will add his percussion skills to a company well noted for its musical invention. His return to the British stage as Shakespeare’s iconic villain heralds a shivering frisson of excitement.”

“This fantastic opportunity to play drama’s most famous disabled villain, and to put the visceral reality onstage of a “rudely stamped” actor in the famous character, is made even more exciting by having it be a Northern Broadsides and Hull Truck Theatre production under Barrie Rutter’s forthright direction. The honour of working with all the seasoned classic actors in the cast is one I hope to match with a deep understanding of a life lived differently, combined with a love of this intense violent drama, and joyously delivering the beautiful poetry of Shakespeare.”

Richard III is Shakespeare’s twisted villain who we love to hate as, with ruthless cunning and silver-tongued charm, he stops at nothing to remove brothers, wife, nephews and friends from his path to the throne. He’s surrounded by vengeful ghosts, friends he can’t trust and a terrible curse cast by the old Queen Margaret. In a final battle at Bosworth Field, the bloody feud between York and Lancaster must end at last.

Richard III will mark the twenty-fifth anniversary of Northern Broadsides first staging of the production at Hull’s Marina Boatshed in 1992 which featured amongst its cast Mark Addy, Edward Peel, Barrie Rutter (who also directed), Polly Hemmingway and the late Brian Glover.

The production will run at Hull Truck Theatre from the 4-27 May as part of Hull UK City of Culture 2017 and then at Viaduct Theatre, Halifax from the 30 May-4 June.

The cast will be fully announced shortly. 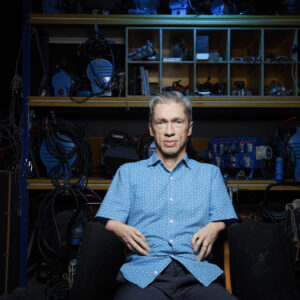 This month, Colin Hambrook chats with actor and producer Mat Fraser, about Crip Tales, a series of six disability-led monologues curated by Mat and recently broadcast on the BBC. Colin and Mat talk about the critical response to the programme which received coverage in 23 national press outlets. A transcript of episode 20 is available here. Listen ... 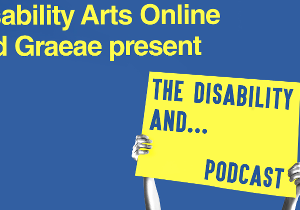 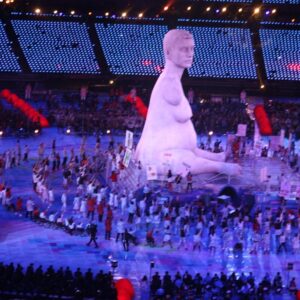 On 29 August 2012, the world was left awestruck as Deaf and disabled people took centre stage in the spectacular Opening Ceremony for the London 2012 Paralympic Games. But was this just a brief moment of triumph before a callous erosion of disability rights? Leading figures from the disability arts world reflect. As the nation basks in ...