International theatre-maker Phillip Zarrilli has died, aged 73. In tribute, Kaite O’Reilly gives a moving eulogy to a theatre director, performer and teacher who she collaborated with over 21 years. 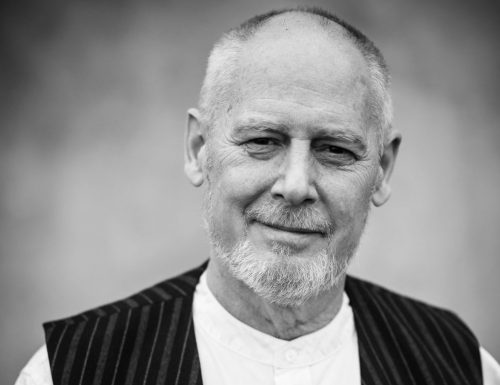 On 9th March 2020 when Phillip received the news from his oncologist that the cancer he had been living with for fourteen years had begun to ‘seriously party’ (his words) he said to me ‘this is our last adventure together.’

I have been so fortunate, having this great mind, this gentle and generous man as my companion in so many ways – loving, working, living, travelling, thinking, writing and making performance alongside him for twenty one years, with and without The Llanarth Group. The journey may continue, but now it is in parallel, perhaps, not our accustomed hip-to-hip together.

Phillip died on 28th April 2020 at 13:52 UK time. He rode out on a breath – like so many times in his teaching he spoke of riding the breath to that moment of completion at the end of exhalation – the space in-between at the end of one cycle before the impulse of the next inhalation begins. This time came no inhalation.

It was the ‘good death’ he wanted, I think – calm, pain-free, unsentimental – me holding his hand.

I keep thinking of the Tagore line: “Let it not be a death, but completeness.”

There is a fullness to Phillip’s last months and year: the trip to Kerala in January 2020 and all that happened there: performing ‘Told by the Wind’ at the Kerala international festival, giving talks, workshops and teaching at Calicot University, seeing Kathakali with Rustom Bharucha and meeting again with his Indian family – visiting the significant people and places, too many to name in full here, but including Sathyan (G Sathyanarayanan) and family at CVN Kalari in Thiruvananthapuram, Phillip’s ‘brother’ Kunju Vasudevan and family, and an extraordinary Koodiyattam performance at the temple in Killimangalam, visiting his friend and former Kathakali teacher MPS (M.P.Sankaran Namboodiri) and family, to name just a few.

Phillip said that he felt all that happened that month was a full circle turning, a completion, and he was full of gratitude. We sensed this would be his last trip to Kerala, and were so grateful to be able to go, to have him so visible, connecting, being honoured by those who were so important in his work and life. 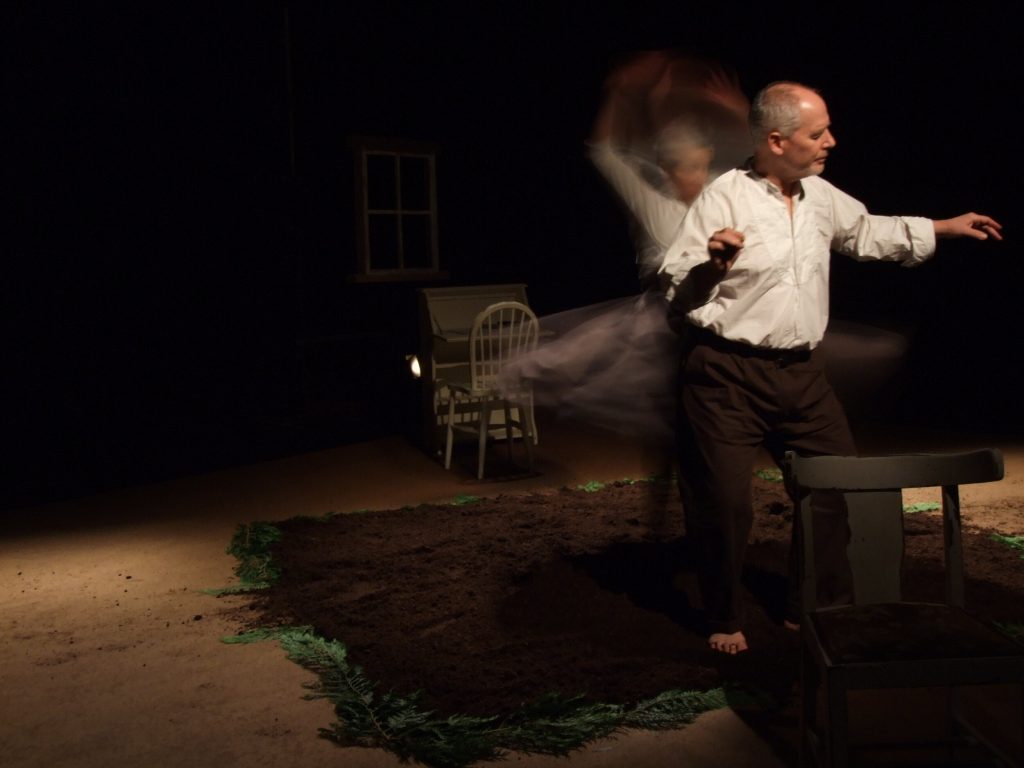 Phillip Zarrilli performing in ‘Told by the Wind’, The Llanarth Group

Five days after our return to the UK in February we began our final collaboration, co-directing the 5 star reviewed ‘The Beauty Parade’ at Wales Millennium Centre – delighting in a sense of having possibly fulfilled what we could achieve together, a synthesis.

2019 had been a significant and prolific year, full of achievement and creativity. October 2019 brought the publication of his last, great book ‘(toward) a phenomenology of acting’ (Routledge), which launched at ITI (Intercultural Theatre Institute) in Singapore. His scholarship continued, and there are various essays forthcoming, including a chapter on his lifelong engagement with traditional Asian disciplines of body-mind training in Generating Knowledge Through Interweaving (working title) for the International Research Centre: Interweaving Performance Cultures, Berlin, where we were both fellows for many happy and stimulating years, with wonderful colleagues.

Our collaborative essay ‘An Irreverent richard iii redux: Re-Cripping the Crip’ is published later this month in Playfulness in Shakespearean Adaptations (Routledge). Phillip was writing increasingly for performance and we relished the subversive crip’ playfulness of our co-written script richard iii redux [or] Sara Beer is not Richard III which Phillip directed, produced and also performed in, shortlisted for the International James Tait Black Prize for innovation in drama, August 2019, and published in my collected The ‘d’ Monologues.

2019 was a rich year for directing. His production of ‘Lie With Me’ with the graduating cohort of Intercultural Theatre Institute [formerly TTRP] in Singapore completed that long relationship with Sasi (T. Sasitharan) and Beto (Alberto Ruis Lopez) and ITI. He had just begun work on Carri Munn’s No.74, and earlier in the year directed ‘Cosy’, my play about end of life, with long-term collaborators Gaitkrash for Cork Midsummer Festival. Phillip was always keen to encourage audiences to talk about death and to have agency in how they would like their lives to end – but not to stop living until the very end.

Phillip lived with cancer – creatively, fully and without complaint – for fourteen years. He always spoke of how grateful he was to have been able to teach, create, perform, direct and, most importantly, complete his books, constantly giving thanks to the brilliant skills and ideology of universal free healthcare offered by the UK’s NHS (National Health System). We are both hugely grateful to Hospiscare in Exeter, UK, who gave Phillip such tender and expert palliative care, and in the most challenging of conditions, in the middle of a pandemic. Against all the odds, they allowed me to be with Phillip, showing such compassion.

Owing to Covid19 there will be no funeral, but we hope that when we are able to travel and gather again, we all will find opportunities to celebrate Phillip and our relationship with him, to tell our stories and sing the old songs, all across the world. He is much beloved, and he also loved – his son Barth and daughter Samara, his grandchildren and great-grandchildren – and he cared deeply for his many  decades-long friends and collaborators, valuing the wealth of students, actors, and scholars he shared his time, skills, and thoughts with, and who enriched his existence.

I believe Phillip inhabited every second of his life until he departed, soaring, on a breath.