Submissions are now open for the 10th edition of the Oska Bright Film Festival (OBFF) – the world’s leading festival for films made by or featuring people with learning disabilities or autism. 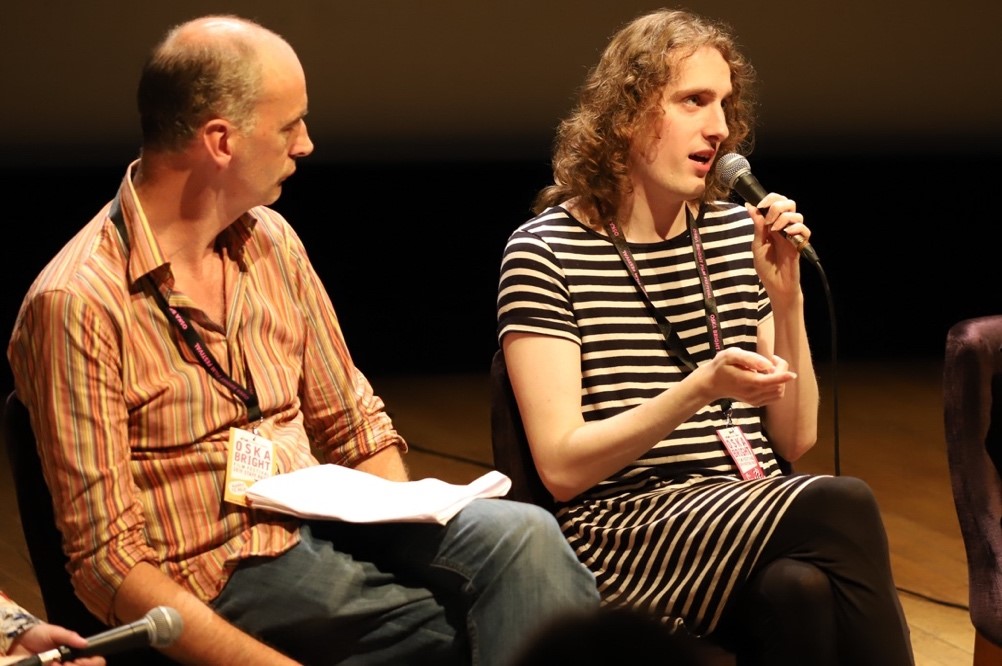 With the film industry being made up of less than 5% disabled people, OBFF is committed to giving artists with learning disabilities or autism a chance to showcase their work, connect with their peers, develop skills and create pathways to new opportunities in the industry.

The most recent edition of the Festival, in 2019, screened 99 films from 17 different countries. In 2019, the Festival received record submissions and hopes that this year, following the Covid-19 pandemic – with the nation missing the arts but simultaneously having more time to pursue creative passions – even more learning-disabled filmmakers will feel inspired to submit their work. This year’s Learning Disability Week theme, Art and Creativity, is a great chance to get aspiring creatives into the film-making spirit.

Following a time of profound uncertainty for the film industry, and for people with learning disabilities, OBFF continues to provide a platform for marginalised voices and once again stands with artists as they call for greater opportunities and inclusion in the arts. Throughout the pandemic, OBFF has been supporting their creative community via ‘Oska Bites’, online events screening films from the Oska Bright Film Festival 2019 on the ‘small screen’ at home. These events created an accessible opportunity for the Oska Bright community to come together and celebrate each other’s work during a challenging time.

Submissions for the 2022 Festival are open to short films (up to 25 mins in length) and feature films from every genre including animation, documentary, drama and experimental. Committed to increasing representation, organisers are particularly looking for films from LGBTQ+, BAME, women and young people. The submission deadline is 31st August 2021.

“The past year has had a massive impact on the lives of people with learning disabilities, making some of the challenges we face every day worse. So, Oska Bright Film Festival’s mission is more important than ever – to support learning-disabled artists to have our voices heard.

There are 1.5 million people living with a learning disability in the UK. Representation has never been more important, and I’d encourage all learning-disabled artists to believe in themselves and submit their work to the Festival. Over the years, we have supported many incredible filmmakers, and we will continue to do so. Learning-disabled artists make great art – it’s time for the world to see it.”

This past year, Matthew has been working on a short documentary about the impact of Covid-19, looking to capture and document what life has been like for learning disabled people throughout the pandemic. 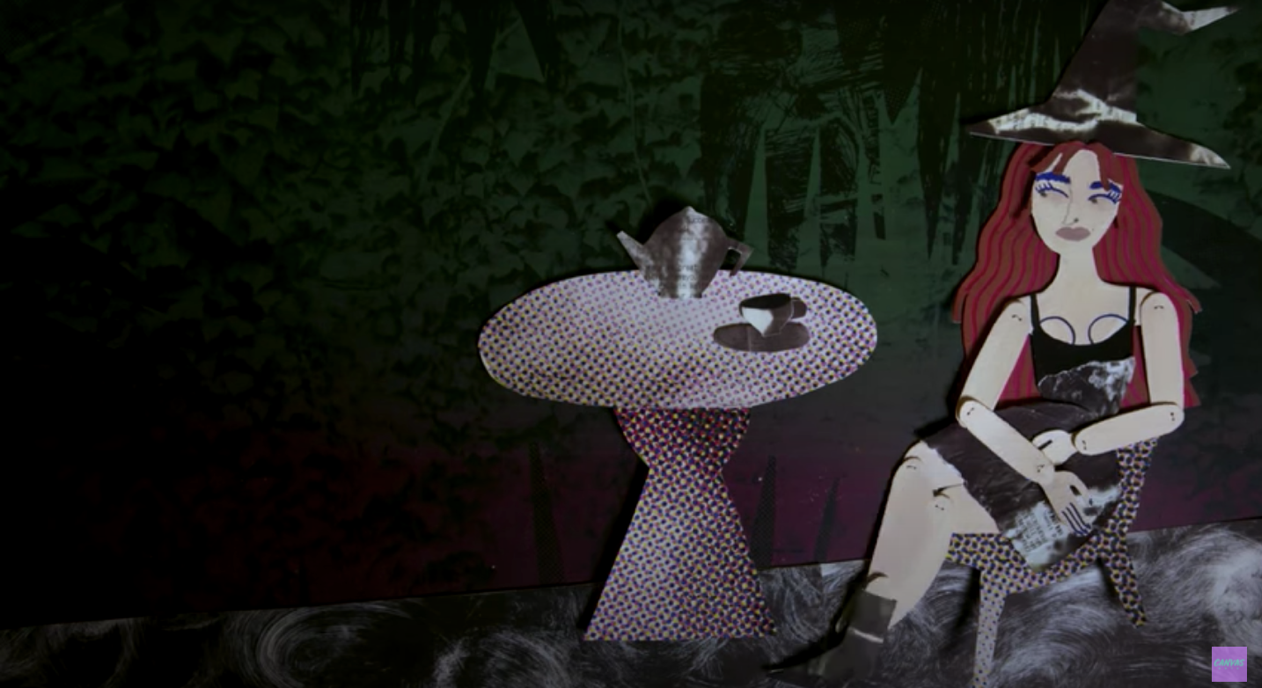 Still from Enid and Valerie, a short film by Mattie Kennedy

He has also been collaborating with one of artists supported by Oska Bright Film Festival, Mattie Kennedy. Mattie (29), a learning-disabled Glaswegian filmmaker, first submitted their work to the 2015 film festival – Just Me was shot using a camera from Toys’R’us. The first OBFF was a transformative experience for Mattie, opening up a whole world of new possibilities and their most recent film, Enid and Valerie was screened at the 2019 Oska Bright Film Festival.

“It’s not easy for people leaving special schools to get into a creative career or go to arts or film school. The creative industry is very cut-throat. It’s not accessible enough for people with learning disabilities trying to get their foot in the door. But Oska Bright Film Festival has opened up doors for me, and it’s given me a community.”

Mattie used to be shy, but since becoming involved with the Festival, their confidence has been boosted and they have become their own advocate. In the last few years OBFF has developed a new strand of the Festival called Queer Freedom, and Mattie was invited to be the keynote speaker for the opening of the event.

Since its inception in 2004, OBFF has played a vital role in putting people with learning disabilities on the big screen and giving audiences an opportunity to hear from voices they wouldn’t otherwise encounter. Funded by the BFI since 2011, the Festival is also now a BAFTA Qualifying Short Film Festival, meaning that any British short screened at the festival can be eligible for a BAFTA. 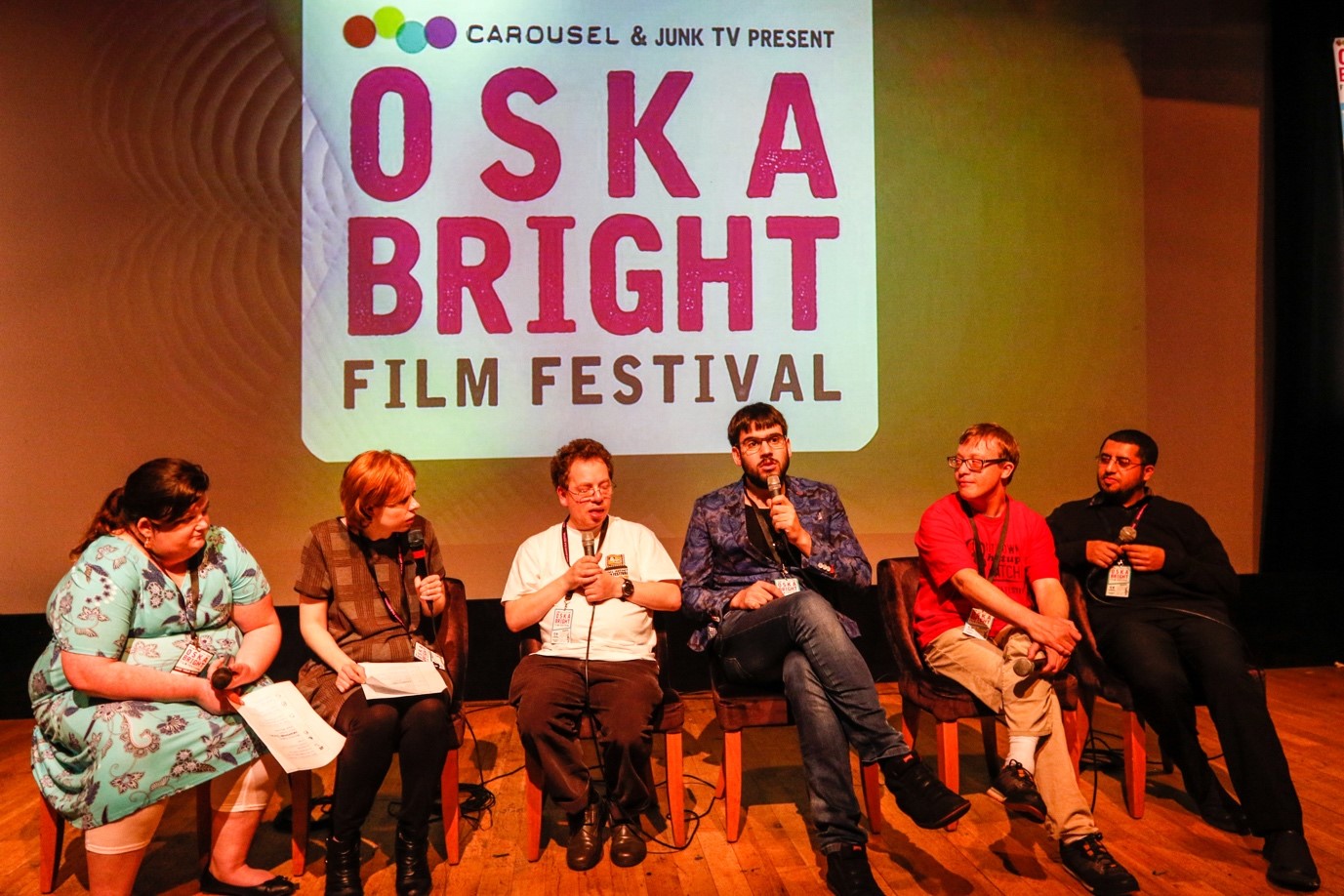 Matthew Eggert (3rd from left) on the Animators Panel at the 2017 Oska Bright Film Festival.

Matthew (40) and Sue (70) Eggerthave been to the Oska Bright Film Festival since it began in 2004, and their films have been screened at each edition. A mother and son duo, Matthew has the concept and makes drawings which Sue then animates. Over the years Matthew has won two awards for his short films. But it’s more than just winning awards. Both Matthew and Sue credit Oska Bright Film Festival with giving them a community and a sense of purpose.

“Oska Bright Film Festival has always made us very welcome and we really feel a part of it. You get to know people when you keep going over the years and it’s a really wonderful opportunity to meet friendly faces. The Festival has always been something positive for us and it’s the one thing that’s really been a great boost. Whatever else is going on in our lives, Oska Bright is always something to look forward to and work towards.”

The 2022 Festival, taking place over two weeks from 17th – 31st March 2022, will include a hybrid of online and in-person screenings and events, with a dedicated online platform showcasing films, filmmaker interviews, presentations and workshops. Some of the sessions will include:

Submissions can be made through Film Freeway. To find out more please visit the Oska Bright website.