Drake Music have announced a partnership to build a revolutionary new type of guitar which can be played using just one finger, nicknamed the ‘Kellycaster’. The project is the brainchild of musician, performer and Disability Rights campaigner John Kelly, and will be developed as part of the Inclusive Creativity venture, a partnership between Ulster University, Walled City Music and Drake Music supported by the Calouste Gulbenkian Foundation.

Kelly conceived and created the idea for a bespoke type of guitar to meet his performance and access needs as a working Disabled Artist. He worked with coder Charles Matthews to create a prototype at a hackathon hosted by Drake Music in 2015. The Kellycaster prototype features a standard guitar body with an adapted neck enabling Kelly, and other musicians, to play chords using real guitar strings and a tailor-made switch interface.

By developing a system to play the chord patterns whilst strumming or plucking as you would on the strings, Kelly can play the redesigned instrument with full creative expression and dynamic as with any regular guitar.

Drake Music is the leading national organisation using music and technology to open up access to music-making for disabled people including working with schools, artistic development with professional musicians and developing new forms of musical technology.

They are working with a team to develop the prototype to concert-grade, creating a purpose-built instrument with a more robust interface between the strings and the technology.

The Kellycaster will form part of the Inclusive Creativity programme, which included a symposium in Sweden in April. Inclusive Creativity is a concept devised by Professor Frank Lyons at Ulster University in collaboration with key partners such as Share Music Sweden, Drake Music Project and Stravaganza, which aims to level the playing field in participation, performance and composition for disabled musicians by developing new technologies and methodologies for their use. The new instrument will enable Kelly to expand his professional musical practice. He commented:

“Playing the prototype Kellycaster last year was the realisation that I could take my guitar playing to a whole new level. It was a real ‘hairs on the back of the neck’ moment. I’m very excited about the development of the prototype, it will really create a dynamic new journey with my live performance.”

“We are delighted as part of the Inclusive Creativity programme to be supporting this important and innovative development.  Improving access to music making for disabled musicians and levelling the playing field for their participation is at the core of Inclusive Creativity, and the design of new instruments, such as the Kellycaster, is critical in pushing the boundaries of the possible”. 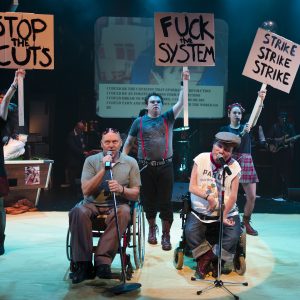 John Kelly: So Many Reasons To Be Cheerful

Singer, songwriter and activist John Kelly’s life must feel like he’s on a runaway train. This month sees John begin another tour of Graeae Theatre Company’s riotous musical featuring the songs of Ian Dury, Reasons To Be Cheerful, and the release of a new single, If It Can’t Be Right, Then It Must Be Wrong, ... 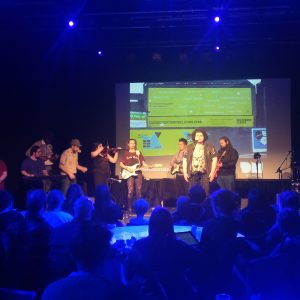 On 17 March 2017 Drake Music hosted a special event showcasing a series of original commissions as part of its Connect and Collaborate programme working with disabled artists. The event took place at the Institute of Contemporary Art, London. Review by Mik Scarlet. For many years, I have been associated with Drake Music, and have worked ... 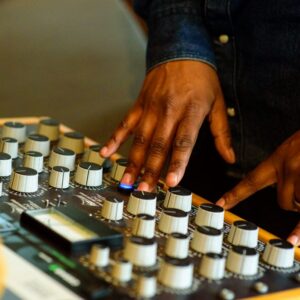 Music, technology and disability charity, Drake Music, has announced a series of brand new commissioning opportunities for Deaf and/or Disabled musicians in partnership with arts organisations from across London. There are four new and exciting commissions open to Disabled musicians, or artists who work with music or sound within their professional context. The theme of the commissions ...