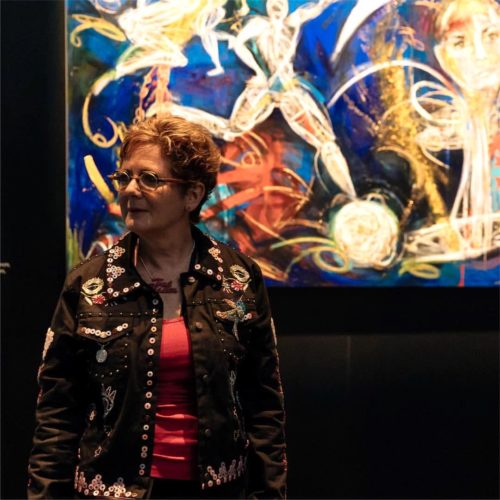 Rachel Gadsden pictured in the studio

Gadsden’s artwork celebrates the vision and achievements of Mia Hamm who played for the USA soccer team until retiring from the game after the Olympic Women’s Football Tournament in 2004.

Hamm is reputed to be the greatest female footballer of all time, and is credited for making the female game the world class sport it has become.

The footballer has since set up the ‘Mia Hamm Foundation’ and promotes opportunities for girls to play sport around the world. Hamm was born with a club foot and without treatment she would never have walked, and she is passionate to make sure medical treatment is available for young people who need corrective surgery.

Initially Gadsden had presumed that she was one of many artists commissioned for the campaign:

“What took me longer to grasp was the fact that FIFA and Hyundai also wanted to celebrate my role as an artist and the passion I have brought to my artistic practice, and how I have used my creativity as a means of bringing cultural change and supporting women and vulnerable individuals to find and have a voice through creativity.” 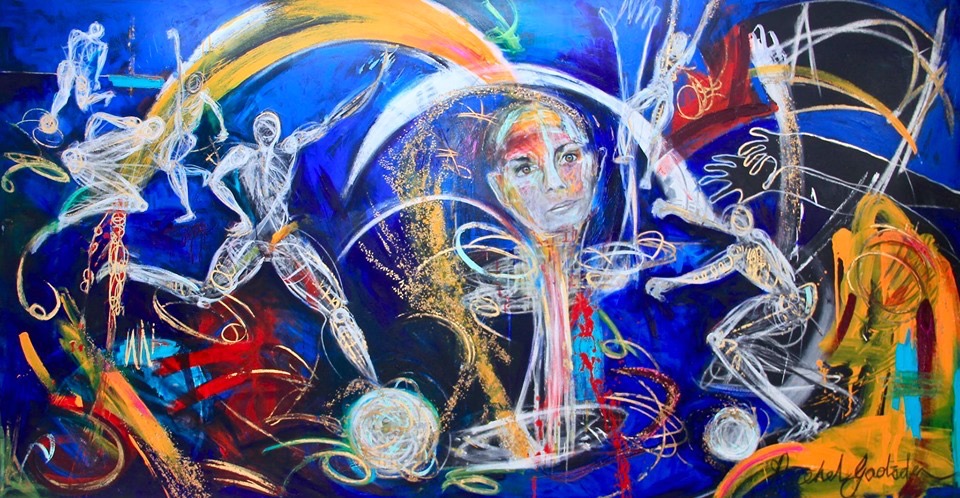 Hyundai hired a studio in the Truman Brewery in Brick Lane to make 2 short films directed by Michael Sewandono about Mia Hamm’s career as a footballer and the creation of the 2.5metre x 1.25 metre painting. Gadsden has also created 500 drawings for short animations that are included in the film. The Hyundai theme and campaign for the Women’s World Cup is ‘true passion’ referring to female athletes’ inner strength for overcoming social barriers and challenges. 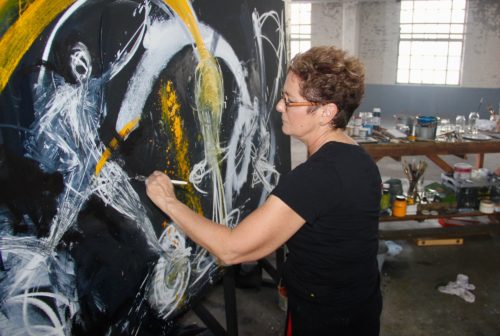 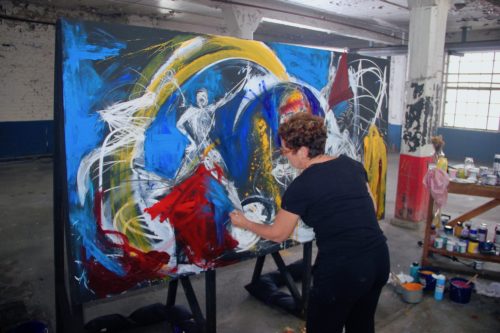 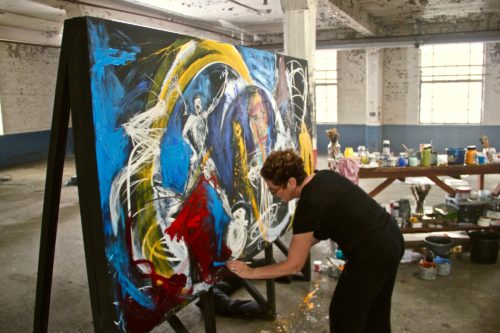 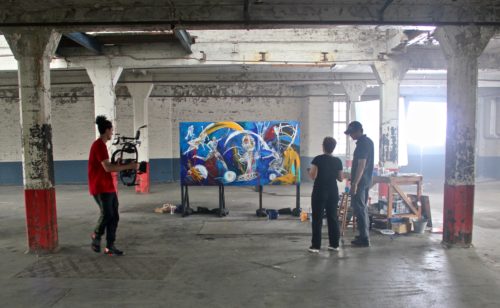 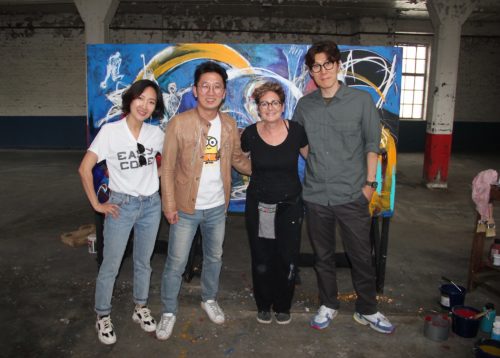 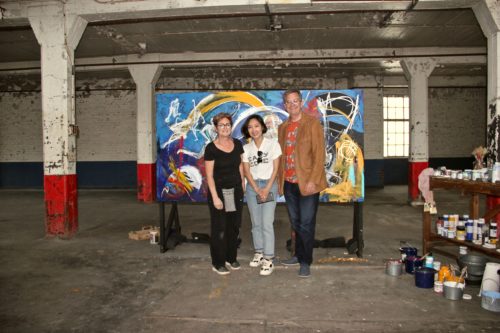 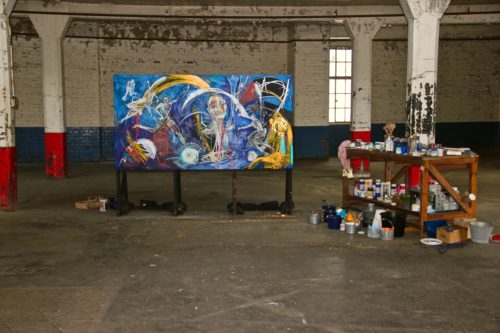 The FIFA Hyundai World Cup Museum was opened on the 15th June when Gadsden’s painting and the film were unveiled alongside the Women’s World Cup. The museum also gives an outline of the how the women’s game has developed and the role football is playing around the globe to address female empowerment.

Gadsden talks further of her personal connection to football:

“The Commissioners of course had absolutely no idea the influence that football had on my childhood. Football was always a big part of my early family life as my dad played for West Ham and other teams in the 1940s and 50s. Were he alive today I know he would be absolutely over the moon about this commission.”

A temporary exhibition on women’s football history can be visited in Paris open until 7 July between 10:00 and 20:00. Entry free. To read Mia Hann’s response to seeing Gadsden’s painting for the first time go to Yahoo News 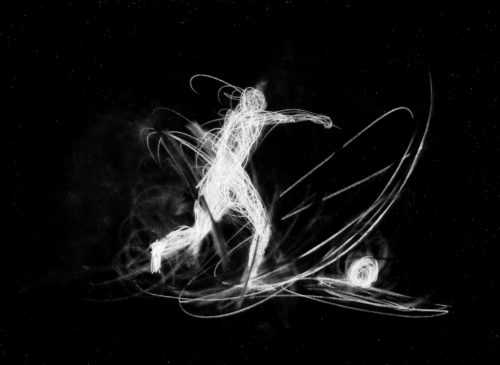 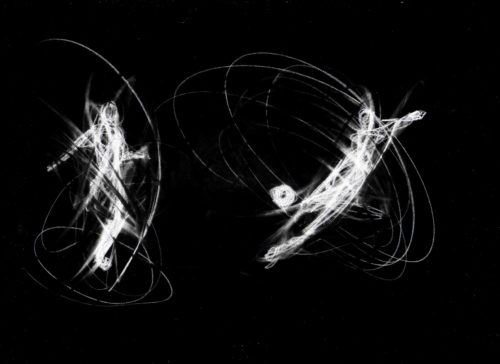 Drawing for the Mia Hamm artwork by Rachel Gadsden