Deafinitely Theatre is restaging Sarah Kane’s 4.48 Psychosis which is currently on a tour which includes New Diorama (London), Derby Theatre and Wales Millenium Centre (Cardiff). For this latest run of 4.48 Psychosis, William Grint returns to the company where he cut his acting teeth. Joe Turnbull speaks to him about his journey so far. 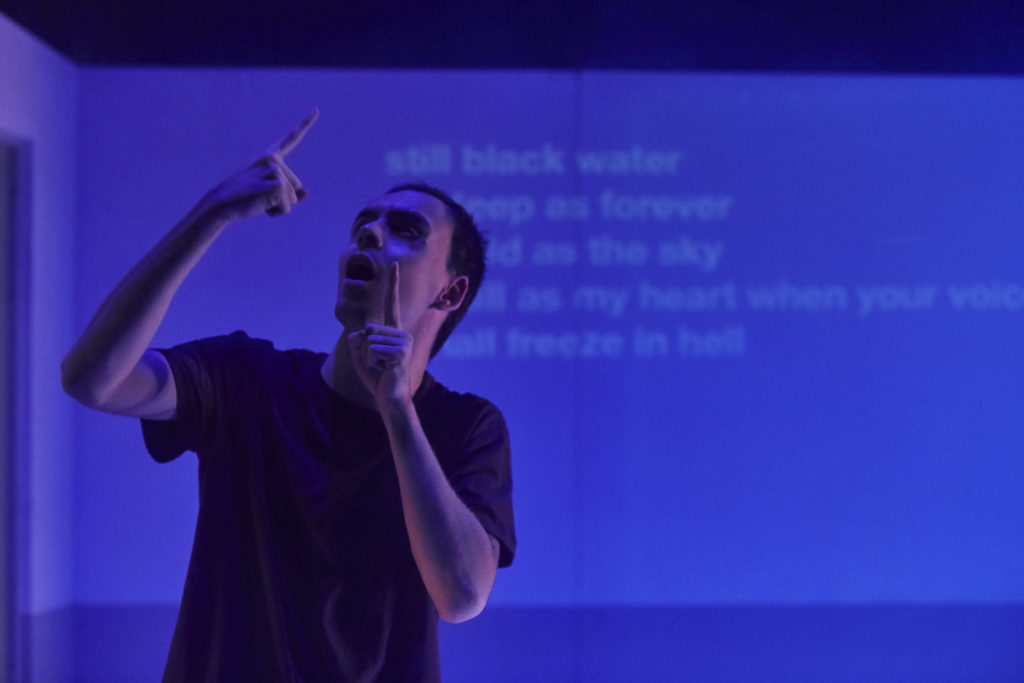 William Grint in Deafinitely Theatre’s 4.48 Psychosis. Photo: The Other Richard

Although only in his early twenties, William Grint has already had a long and distinguished acting career. “As a child, I always enjoyed acting in school plays,” explains Grint. “Then at 13 I had the main part in a short film with Charlotte Arrowsmith and she introduced me to Deafinitely Youth Theatre.” That introduction would prove a pivotal moment for the young and still raw talent:

“With Deafinitely, I’ve learnt so much about the acting world, had some fantastic opportunities and met so many people. It was where I found myself and I knew I wanted to be a professional actor. Being part of Deafinitely Youth developed my confidence and I learnt so many different techniques. I also had the opportunity to perform in many great venues.”

It was clear Grint would spread his wings and fly the nest of Deafinitely’s Youth company. Making that transition from youth company to a fully-fledged actor can be difficult for any professional. But for a deaf actor leaving the supportive environment of a Deaf-led company and entering the combative and often inaccessible arena of mainstream theatre, this is doubly challenging.

“My move into the mainstream theatre was also my first professional job,” recalls Grint. “Being a cast member in Imogen at Shakespeare’s Globe was a dream come true! But it also huge pressure on me. I was very nervous all the way through and I wasn’t as assertive as I am now! And it was their first time having a deaf actor in their production so it was a learning curve both ways. But it was an amazing experience and I’ve learnt so so much from it and dream to return to that stage as my confident self.” 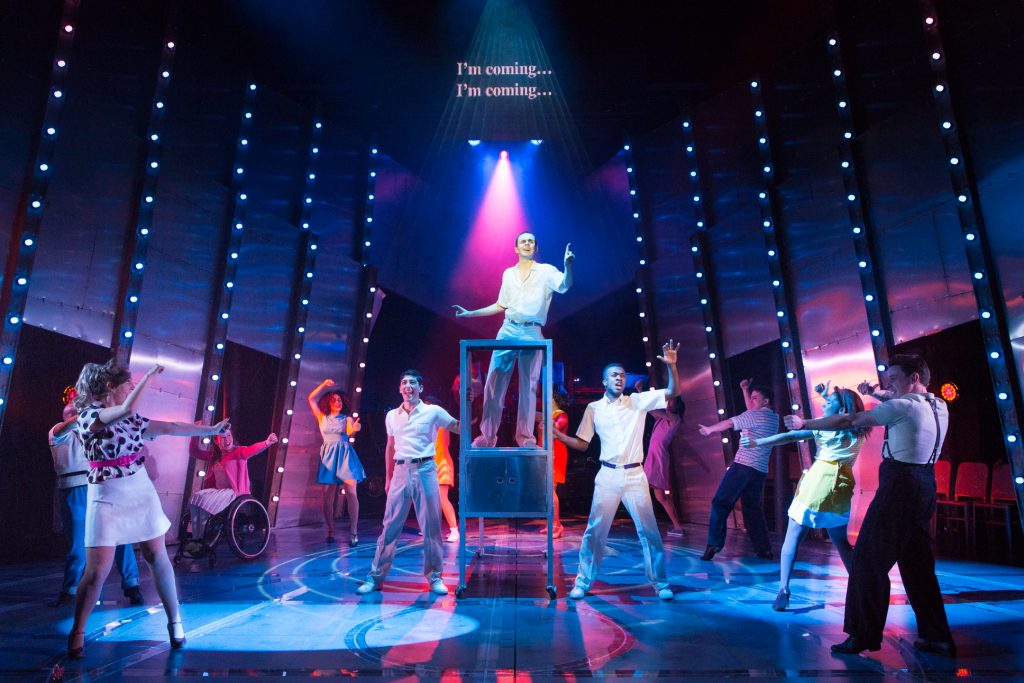 Clearly, Grint honed his skills and grew in character as a result. He looked at ease carrying the weight of the titular character in Ramps on the Moon’s production of The Who’s Tommy, which was a huge production with an integrated cast of 22, with lavish sets and all-signing all-dancing access provision. But he was by no means deterred from working in more mainstream theatre settings. In fact, his credits already make for impressive reading: Sirens (UK tour), A Midsummer Night’s Dream (New Diorama Theatre), Moonbird (Pleasance Theatre, London), You’ve Got Dragons (UK tour), Blackout (Tricycle Theatre), and The Ritual and The Beauty Manifesto (Soho Theatre). He also appeared briefly on the cult BBC comedy This Country.

And now, with all that considerable experience under his belt, Grint is making a triumphant return to where it all began and is positively enthused by the prospect. “Growing up, seeing many main productions from Deafinitely Theatre, I’ve always wanted to be on that platform one day, with the team and company I grew up with,” he explains.

Last year, Deafinitely toured a production of 4.48 Psychosis by acclaimed playwright Sarah Kane. The play deals with mental health issues and is made all the more poignant by the fact that it was the final piece she wrote before her own death by suicide in 1999. Deafinitely won plaudits for their bilingual take in English and BSL, which was nominated for the 2018 Broadway World UK Award for Best Direction of a New Production of a Play and the 2018 Off West End Theatre Award for Best Set Designer (Paul Burgess). 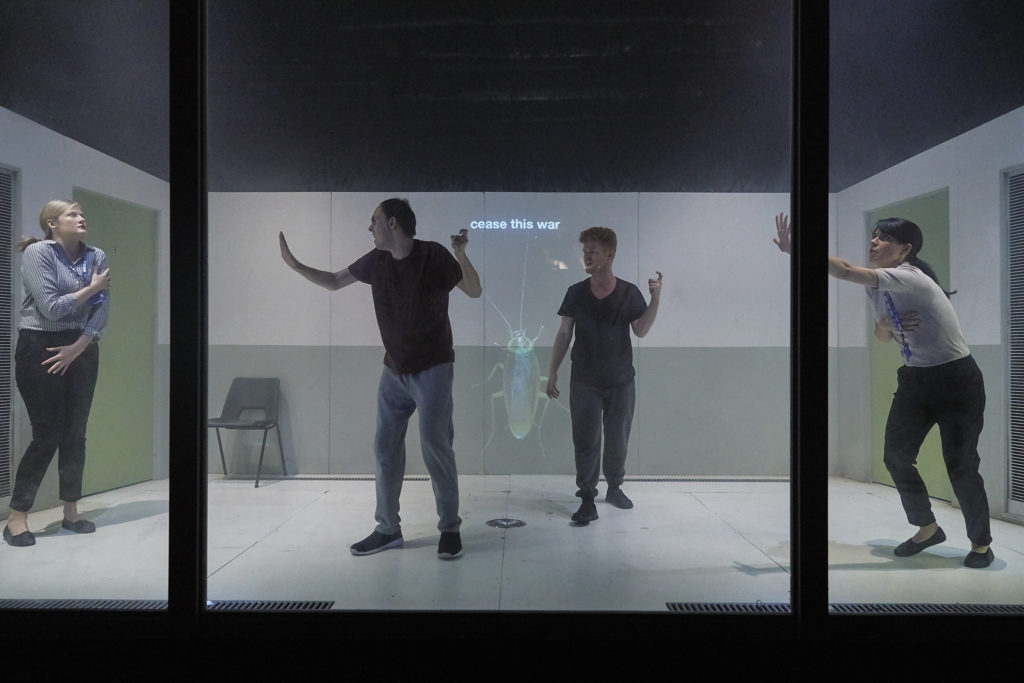 William Grint in Deafinitely Theatre’s 4.48 Psychosis. Photo: The Other Richard

This latest production has provided the perfect opportunity for Grint’s return. He explains a bit about the significance of the role:

“In 4:48 Psychosis, I am playing an unnamed patient who has serious mental health issues. It’s opening up a discussion about mental health. I do understand that deaf people have a high incidence of mental illness due to isolation and lack of communication and I feel it is important to tell this story. There are no easy solutions, certainly not in this play, but I enjoy getting the message out there.”

Having straddled both mainstream and disability/deaf theatre worlds, Grint is well placed to comment on how those two worlds collide and what they can offer each other. “Deaf/disabled-led companies offer ‘true’ diversity,” says Grint. “Audiences have the chance to see a world on stage from our point of view. At the same time, it is true that we can tell stories on stage which don’t have deafness or disability at the centre. It can be incidental. We do not have to be defined by our ability/disability.”

Grint is currently focussed on finishing the current run of 4.48 Psychosis, which has its final performance on 23 November at Wales Millenium Centre. For all he has achieved already, Grint is endearingly modest when I ask about his future career aspirations:

“I am keen to carry on working like any actor! I want to continue to learn from both worlds and to use my experiences to grow as an actor.”