A new version of ‘A Day in the Death of Joe Egg’ is currently playing at the Trafalgar Studios in London’s West End. Written by Paul Nichols (whose death came two weeks before the revival of this show), Joe Egg is inspired by the playwrights frustrations and resentment of being a father to a daughter with severe and complex impairments. Based on mid-20th century thinking, when social and community care was unheard of and health professionals favoured the institutionalisation of disabled children, the play adopts humour to reveal the impact of disability on the family and marital relationships. Review by Sonali Shah 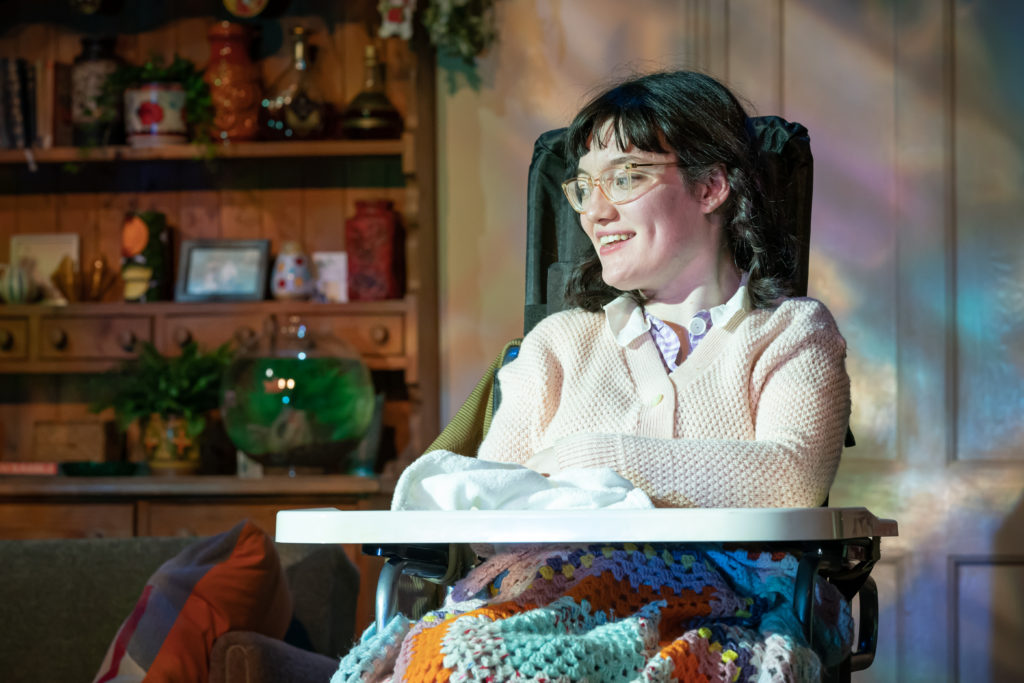 A Day in the Death of Joe Egg – Storme Toolis. Photo: Marc Brenner

First staged at the Glasgow’s Citizen Theatre in 1967, Nichols’ semi-autobiographical and somewhat dark comedy about the relationship between a heterosexual married couple (Bri and Sheila) and the perceived pressures of supporting their daughter who has cerebral palsy, has been revived multiple times across the globe, including New York’s Broadway and London’s West End.

However, never in the history of the play has a disabled actress been cast as Josephine (the couple’s 15 year old disabled daughter). So, congratulations to the director Simon Evans for casting the budding actress Storme Toolis to play this role, and avoiding having non-disabled actors crip up. Toolis will certainly have more of an insight into Joe’s embodied experience than a non-disabled actor would, but she still had to do an element of ‘cripping up’ herself as cerebral palsy comes in different forms and her experience of it is very different to Joe’s. But as they say, ‘that’s acting darling’! And she played the voiceless Joe exceedingly well, with the right grunting sounds and ataxic movements on cue.

Set in a tastefully decorated revolving 1970s living room (designed by Peter Macintosh), this two act play is supported by impeccably strong performances from the cast of five who each smash the fourth wall and, shifting the mood with a spotlight, confess their innermost thoughts to the audience (largely made up of retired actors, who probably have performed in a version of this story over its 50 year reign). 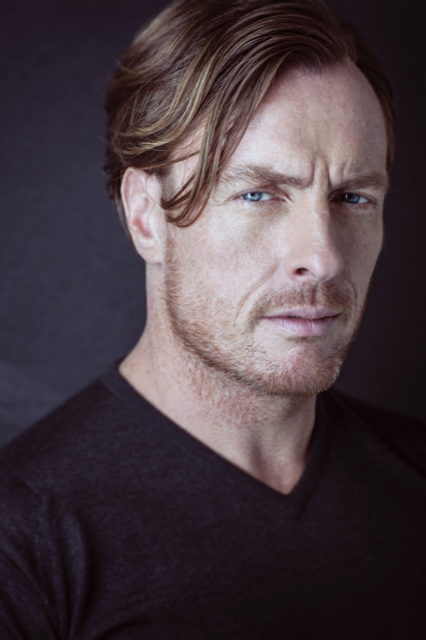 Toby Stephens opens the show and Bri, and with clever acting and hilarious one liners transforms the theatre’s auditorium into a secondary school classroom where he is a teacher disciplining the boys in the back row. Stephens gets many of the laughs as Bri uses sarcasm and dead pan humour (such as ‘I get my hugs somewhere between the budgie and the stick insect’) to cope with the jealousy he feels as his wife Sheila (Claire Skinner) devotes most of her time to their daughter or the family wild life.

Sheila, the loving mother, is all too aware of his jealousy, breaking the fourth wall with the line ‘a grown man jealous of Joe’. They banter through role play, using the voiceless Joe as a puppet to voice their own dreams of her being a non-disabled child and achieving the milestones expected to make them proud. As theatre has a responsibility to educate as well as entertain, adopting such a mechanism is very damaging to the representation of disabled people and their families. It is simply dehumanising and unacceptable to be on a contemporary stage.

After the intermission, three more characters were introduced – Sheila’s am-dram buddies Freddie (Clarence Smith) and his wife Pam (Lucy Eaton), followed by Bri’s mother, played by the fabulous Patricia Hodge. All three stars have the audience roaring with laughter as they interact with each other, and the audience, and expose their unique nervous twitches when in the company of Joe.

Money-can-buy-everything Freddie offers to buy the couple ‘a proper working child’ so they can send Joe to a residential school. The fashion conscious Pam, struggles with anything ‘non-physically-attractive’ or NPV, constantly trying to escape and return to the comfort of her own physically attractive non-disabled children. Hodge spins a convincing doting grandmother to her disabled granddaughter, while showing pity and directing blame towards the wife’s side of the family.

One might question why any disabled person would want to act in this play, not least why it would be revived for a new generation audience. Joe Egg is definitely a play of its time, the time when it was funny to call disabled people ‘crackpot’, ‘cripple’, ‘a vegetable’ (or ‘wegetable’ as the German paediatrician pronounces it) on stage and screen. However Toolis grasped a chance to make her debut on the West End stage, and work with an all star cast. In so doing she can help the rich and famous understand that disabled people can speak for themselves.

With some language which, today, is viewed as highly offensive and disableist, the audience do let out gasps as they struggle to know how to react. However the story does have a truth to it, reflecting the resentment and inadequacies internalised by some fathers of their disabled children.

A Day in the Death of Joe Egg is showing at the Trafalgar Studios in London’s West End until 30th November.