Attenborough Arts Centre in Leicester presents a retrospective of the work of performance artist extraordinaire Aaron Williamson from 10 May – 14 July 2019. DAO received an unsolicited review from aspiring Daily Mail journalist Charlie Raven and decided to publish to give an insight into a mainstream view of Disability Arts. 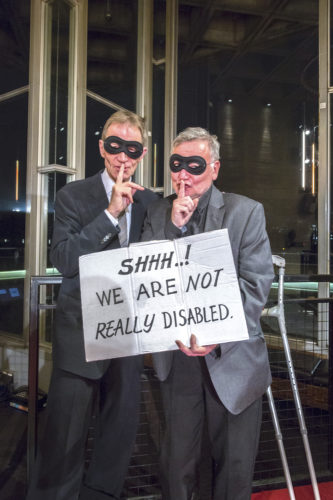 I must confess that I visited Aaron Williamson’s new exhibition at Attenborough Arts Centre on Leicester University campus entirely by accident, thinking that the gallery was a Natural History Museum of the dusty old vintage type: a place in which one might while away a pleasant afternoon amidst dinosaur bones and relics from our glorious Colonialist past.

The instant I realised that AAC is in fact a gallery specialising in Disabled Art my hackles rose and I turned to leave. Surely upon entry I would be treated to yet another outrageous, tax-payer funded dose of oh-so trendy Cultural Marxism? Why waste my time?

But the reader will be gratified to hear that my journalistic training led me on, and I was pleasantly surprised to discover the largest solo exhibition to date of celebrated British performance and video artist Aaron Williamson.

Indeed, I left feeling that rarest of emotions in our jaded multicultural era: inspired!

Aaron Williamson is a British performance artist of some renown, but don’t be surprised if you’ve never heard of him: he’s deaf. Despite his handicap he has somehow managed to gain a doctorate, and has spent the past twenty-five years travelling the world presenting original performances in galleries and festivals.

Performance art of the type in which Williamson specialises is all about lived experience and of being creative in the moment. It is a notoriously difficult medium to present in a museum context: like the 1987 Henley Regatta, one had to be there!

Williamson tackles this conundrum with gusto by including a retrospective of his solo works featuring a collage of documentary photographs glued directly to the gallery walls. Even the ever-enterprising Banksy would have a job prising them off for auction! Also featured are videos and other ephemera selected from over 300 original solo performances.

Some works have been documented more creatively than others, for example: Williamson’s performance Self Hang (2009) in which the artist hurled himself at a gallery wall (representing the frustration that all deaf people must endure on a daily basis) is depicted by a stunning miniature sculpture.

I used to dabble in railway modelling myself, but who has the time for hobbies in this ungodly age of smoothies, migrants and internet?

Also featured is a collection of video works from Aaron’s numerous collaborations in film, including as a member of Disabled Avant Garde (DAG) with the artist Katherine Araniello, who sadly passed away recently.

Stage Invasion (2011) shows DAG at their controversial best. Appalled by the poor quality cabaret antics on display at The Mayor of London’s Liberty Festival, the art-ists stole the show by arriving dressed as grim reapers, complete with protest banners opining: Disability Art is Dead!

Best in show is a brand new Inspiration Archive, for which the artist has curated images, objects and ephemera in celebration of some of the truly inspiring disabled figures of the 20th Century; a gallery of unsung heroes who trumped adversity to achieve greatness, each in their own special way. 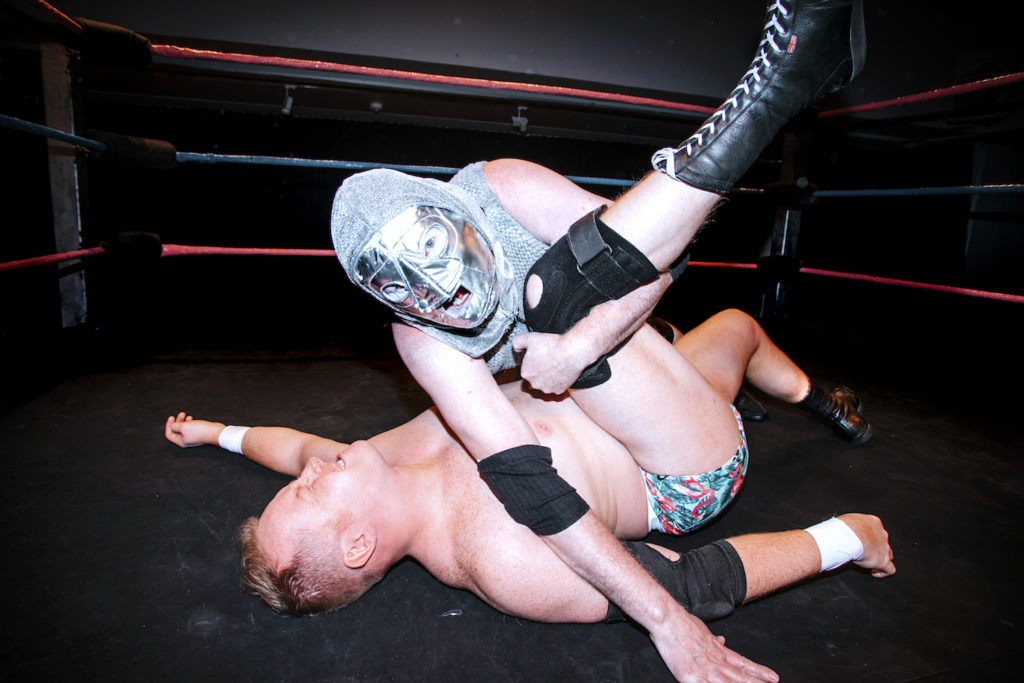 Inspiration Archive includes artefacts relating to the life of one Andrew Callaghan, a budding young wrestler ‘with bright blue eyes’ who developed ‘cauliflower ears’ having endured repeated beatings in the ring; the loss of his hearing naturally forcing his early retirement from the sport. 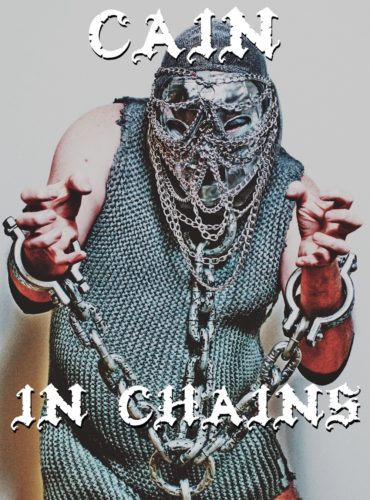 This tragic but all-too familiar tale reminds me of my dear pal Bruno, who’s ears were transformed forever one misty afternoon on the rugby fields at Oundle. Undimmed by misfortune, Bruno went on to inherit a good deal of his father’s farmland in Humberside. We lost touch over the years, inevitably perhaps. Et tu, Bruno?

Further display cases reveal an unexpectedly happy ending to Callaghan’s story: his awful descent into deafness compelled him to start a correspondence with one of his heroes: the actor and Incredible Hulk TV star, Lou Ferrigno.

Williamson has sourced original tea and tear-stained faxes between the pair, and an eerie signed photograph that Ferrigno sent to Callaghan, in his moment of despair no doubt.

Indeed, from their correspondence emerged the concept ‘deaf gain’ whereby deaf people assume extra special powers through the process of becoming deaf. One is reminded of Harry’s Heroes, and the Superhuman feats of our Paralympic British Athletes, who’s patriotic fervour compels them to chase Gold, against all the odds.

Inspired by deafness then, Andrew Callaghan re-entered the ring as ‘Cain in Chains’, the World’s First Extreme Deaf Wrestler! Let the beatings resume!

Cain in Chains, We Salute You! 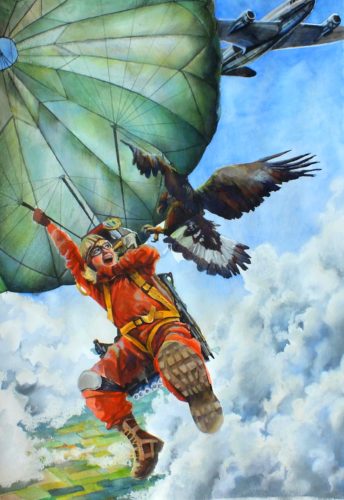 Even more inspiring is the life and work of Susan O’Sullivan (1936-86), aka Parachute Susan.

Paralysed from the waist down following a tragic parachuting accident in the African Interior, Susan doggedly sustained her passion for foreign travel and rip-roaring adventure (www.audleytravel.com). Paraplegic (yet undeterred) she continued to explore dangerous and exotic locations, including by canopy, baby elephant and sedan.

One of the most inspiring objects on display is a kayak that once belonged to O’Sullivan; painted an arresting florescent yellow it exudes a powerful aura: one can almost smell the Congo!

Nearby is a dazzling array of original supercharged pulp art illustrations of Susan literally leaping into action. I was reminded of my rather lonesome boyhood at prep school, where I spent hours in my study poring over Mort Kunstler’s ‘Men’s Adventure’ magazine covers. How I yearned for the type of foreign adventure that Parachute Susan enjoyed!

I was once invited to create the illustrations for a book on animal liberation, and also the history of feminist adventurism. I declined – but here are featured some superb examples of the various genres in watercolour, oil and rich gouache.

Susan’s legacy then is as a truly remarkable and inspiring British adventurer, but she was also a pioneer in developing lucrative private sponsorship deals to fund her innumerable charitable missions, all made in support of Stoke Mandeville Hospital, which keeps a private room in her name.

Williamson’s solo performances might appear baffling to the uninitiated, but they are derived from his very real struggles as a deaf person to get by in a perfectly normal world, with surreal and sometimes provocative results.

One struggled to stifle a chuckle whilst watching Barrierman (2009) a delightfully humorous and somewhat anti-heroic performance made for DadaFest in Liverpool – city of moaners! 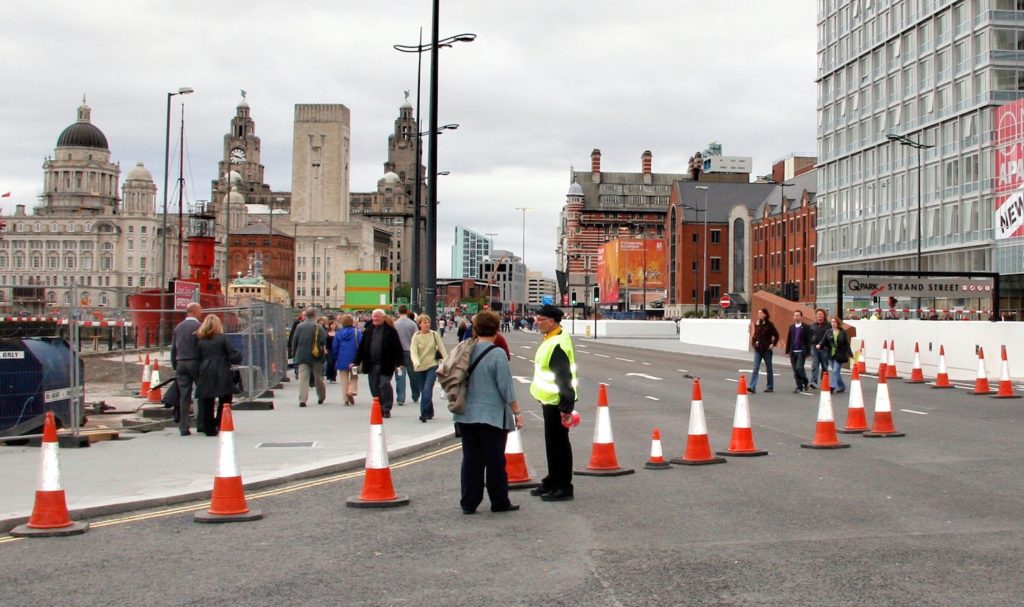 The artist endured an entire day disguised as something like a binman, or Jeremy Corbyn (same difference) in a Communist traitor’s flat-cap and high-vis waistcoat.

I wondered if this work isn’t a wry comment on the crippling amounts of red tape and Health & Safety regulations that are daily imposed on UK citizens by elite Brussels bureaucrats?

Or is Barrierman about the struggles that disabled people naturally face every day when they are trying to commute to and from hospital? 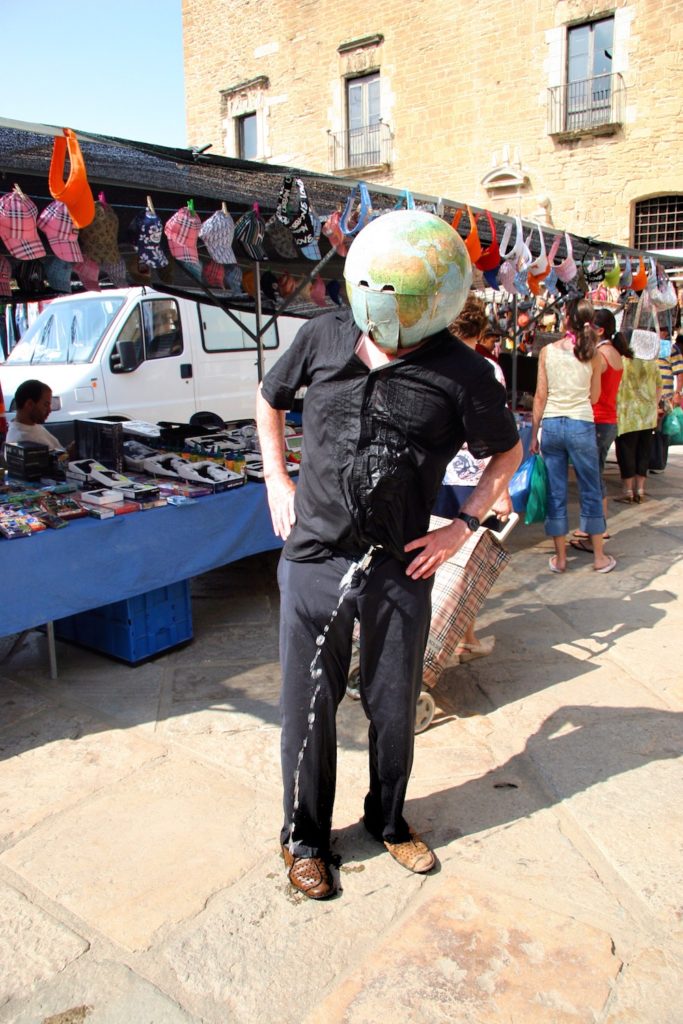 Globe Head (2005) was a similarly poetic performance made in Spain as part of a rather tasty sounding group called Wolf in the Winter, led by Brian Catling RA.

Responding to foreign soil, Williamson roamed around the small, medieval Spanish town of La Bisbal wearing a globe atlas on his head, behind which he was able to suck and blow water through a dribbling faucet lodged in his trouser fly.

Are not Williamson’s delicate territorial markings another superb, withering attack on the folly of Globalism, and of the Chinese climate hoax?

Shouting Island (2007) is yet another timely video document featured in the retrospective of Williamson’s solo performances.

Having been invited to perform at Anti, a Contemporary Art Festival in Kuopio, Finland, Aaron yet again chose an unusual path (we detect something of a modus operandi emerging) by electing to work alone on a small island that is only accessible by boat.

The artist spent one stiflingly hot summer’s day wandering about a deserted island carrying a large acoustic loudhailer, through which he repeatedly shouted ‘I am an Island!’

His Crusoe-esque bellowing could be heard echoing across the waters to festival-goers on the mainland some distance away, a couple of whom mistook the artist’s proud cry of independence for the howl of an injured animal, or person in distress.

Rescue helicopters lent an extra sense of urgency to the work.

It strikes me that Shouting Island is a complex and poetic engagement with Brexit, Sovereignty and National Identity: Williamson’s brave act calls upon all of us to leap out of our chairs and make the same proud statement: I am an Island too!

Aaron Williamson’s exhibition is open until 14th July at Attenborough Arts Centre, Leicester University Campus. The gallery is a brisk ten minute stroll from the train station, so if passing through Leicester on the way to or from London I cannot recommend a visit too highly. Finally we have a contemporary British artist in our midst with a bit of verve. 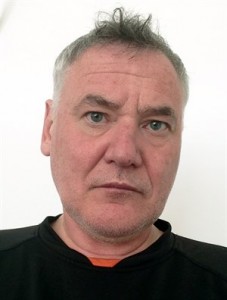 Thank you Charlie! I believe we met one time at Ascot on ladies day – remember? Brian Sewell was knocking around too! Great to be in the Daily Mail one day

what a review, i for one cannot wait to visit, lets hope the Arts Council of this wonderful England of ours will lavish cash on him instead of constantly wasting it on this ridiculous ‘creative case for diversity’ malarky … whatever that means, certainly not something you will be reading about in the ‘mail… toot toot!

Brilliant review Aaron. I didn’t realise you were so prolific.
The family must be so proud of you, as I am x 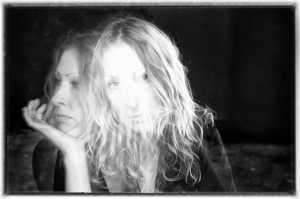 I bloody loved the show! Made a special trip to Leicester to see it!

Since penning the above it been made apparent to me (by a chap that I happened to meet at Bombay Beach Biennale – woof!) that some of Williamson’s artwork features an element of satire and hoax. Regardless of this I shall remain unstinting in my praise for the charming gallery of disabled people featured hanging in his Inspiration Archive. They are all persons who are worthy of comment, and as my dear Hitch used to say (regarding matters of chivalry…) ‘my sword shall flash from its scabbard’ if I hear another dull or rude word on the matter (OK Vivaan,… Read more »