Attenborough Arts Centre in Leiecester, presents the work of Aaron Williamson from 10 May – 14 July 2019. The retrospective offers an interesting and engaging insight into a widely varied and at times challenging body of work. Review by Jenni Hunt 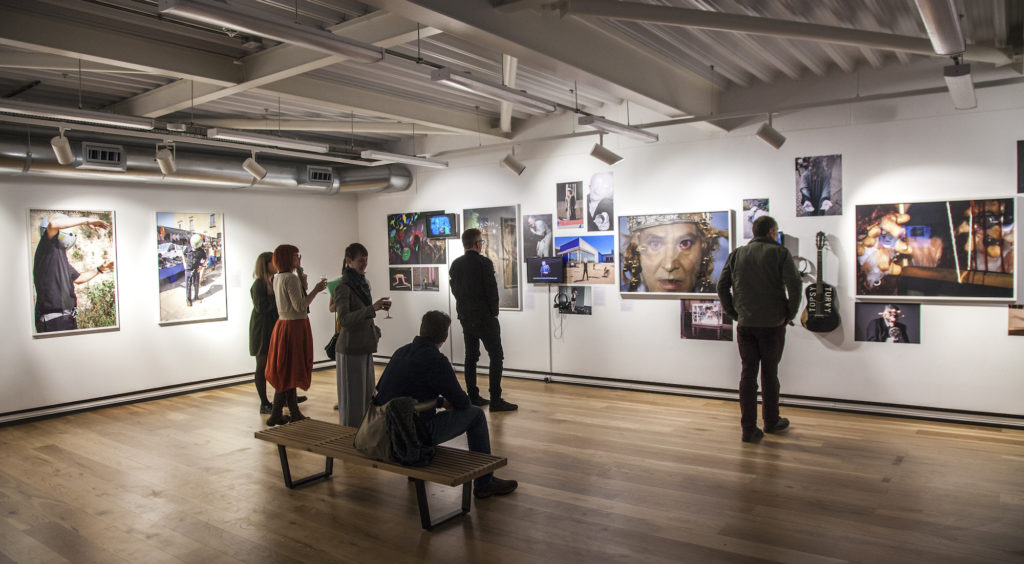 British artist Aaron Williamson has been working for 25 years, creating performances across the globe addressing ideas around the politics of disability, identity, isolation and access. His work stands out as being both political and humorous, focusing on his experiences since gaining deafness. 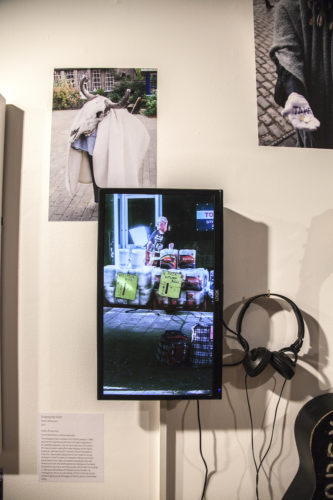 This large solo exhibition is spread over three rooms. One contained a number of his performance pieces, a second focused on the work of the Disabled Avant Garde, which he carried out in partnership with the late Katherine Araniello. The third, and largest room is home to the ‘Inspiration Archives’, which bring together a collection of artefacts, film footage, ephemera and photographs to tell the story of historically overlooked personalities, created for this exhibition.

The first room I entered contained a number of videos and images of some of Williamson’s performance pieces, accompanied by an explanation of what drove the work. Whilst presenting performance work can always be a challenge, here the work was given space. Some more carefully positioned seating could have been useful, but there was a lot to interest even visitors who lacked time to watch some of the longer performances.

One piece that particularly stood out to me was Demonstrating the World, a spoof of endless ‘How To …’ videos which details a series of step by step guides for things such as sitting on a chair or tying a shoelace. I also enjoyed Singing the DDA, in which Williamson takes on the role of a busker, performing the Disability Discrimination Act on the streets of Folkestone, illustrating the artist’s offbeat, and at times controversial, sense of humour.

This humor was further demonstrated in the next room, which examined in detail the work of the Disabled Avant Garde. Here, you can sit and watch a video of some of their performances, including Stage Invasion at Liberty Festival, which took place in London’s Royal Festival Hall and on the Southbank during the annual celebration. Aaron and Katherine sweep onto stage dressed in black robes, wearing skull masks and carrying a sign which declares that “disability art is dead”, only to be cautiously ushered away by some rather confused looking security staff who were clearly unsure how to handle a protester using a wheelchair. Backing onto this screen was a more relaxed seating space, where some of the more controversial films that they produced were shown, including The Electrician, mocking the medical model of disability and the idea of fixing disabled people.

The focus of the exhibition is the Inspiration Archives, a newly commissioned piece which brings together a range of information to document lives never lived, of forgotten disabled figures. The concepts behind these figures are often farcical, and yet presented as reality. It is tricky not to become drawn in to the stories that they tell presented on information boards within the gallery space. 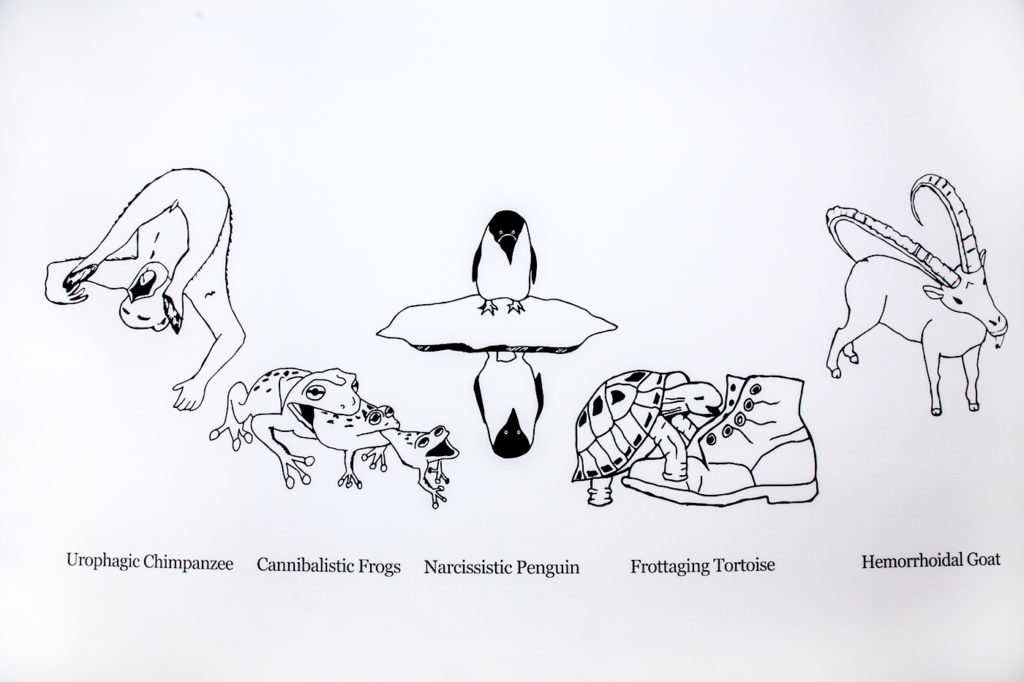 This confusion of what is real is highlighted further by the way they entwine with real stories – Lou Ferrigno, a bodybuilder well-known for playing the Hulk, writes to a fictional boxer to support him following hearing loss. The disabled daughter of a well-known naturalist draws obscene pictures of animal behaviour. The overall intention is to create confusion between what is real and what is not – something which at times feels a little unsettling. The piece is undeniably clever, but at the same time it can leave a sense of being tricked – these are people who should exist, and yet seeing them presented without any hint of their unreality causes a sense of disorientation. The work is undeniably humorous, but left me with a vague sense of unease.

Performance art is hard to present within a gallery space. Tying the strands of such a varied back catalogue together was always going to be a challenge – but it is one that the gallery has risen to admirably.

The Attenborough Arts Centre itself is a wonderful and inclusive space, with opportunities for visitors to create magnetic “punk poetry”, a sensory suitcase and a gallery E-Tran Frame designed to support communication for non-verbal visitors.

Worth a visit, just don’t believe everything you see!

Aaron Williamson is on show at the Attenborough Arts Centre until 14 July. Click on this link for further details.