Acceptable Damage is an independent film which tells the story of a teenage girl with Asperger’s who must wrestle with first love, her musical ambitions, a controlling mother and a gang of bullies. Review by Katie Driscoll. 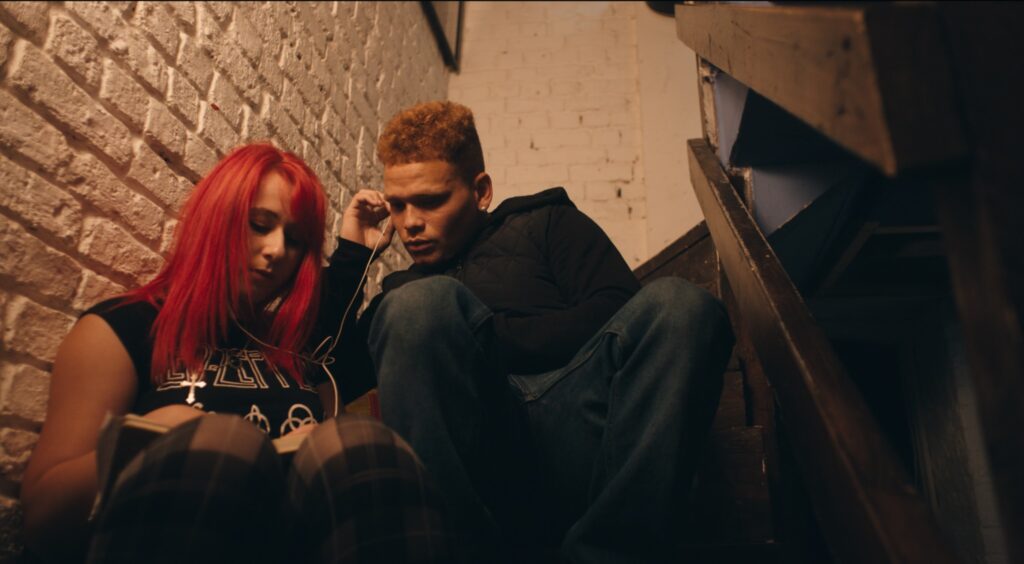 Neurodiversity is rarely shown onscreen – literature and theatre seem to be more daring in this aspect – despite the fact that bullying and discrimination towards autistic and learning-disabled people is still rife in society. Fiona Whitelaw’s Acceptable Damage can pave the way for more feature films that interrogate the internal workings of a neurodivergent mind.

Katy (Elinor Machen Fortune) is a normal teenager – dazzling rock star aspirations, dyed fluorescent pink hair and secret boyfriend – but unlike her neurotypical peers, also has Aspergers. (Just like the actress playing her).

The film lets us take a peek into Katy’s brain, the way that overstimulation, sensory overload can feel so invasive and terrifying, even in its familiarity, and awoken at the slightest touch or moment. There’s the soothing stability of routine, from the same sandwiches every day of the week, to the blinding alarm it can set off when, for instance, someone takes Katy’s usual seat on the bus. The gaps between others in society – who may find her requests demanding, or needless – and herself may also inspire hints of recognition in our own behaviour; times when we haven’t been open to someone else’s internal battles.

Katy and her boyfriend/secret love Roxy (Elijah Baker) act out a shy Hollywood love scene, with all the awkward fumbling and sweetness of two teens: she brings him to her basement music room under the pretext of showing him her singing (but really, what else do teens need to be alone for?). The very real sensitivity of her condition is composed artfully through editing, and the film deftly shows us the undercurrents of overstimulation and tension that cut these moments short – how the interior experience can be isolating, when one moment you’re just a teenager making out with your boyfriend, and the next, triggered by a touch and left in excruciating psychic pain.

Besides the conspiratorial smiles shared between them, their match seems an odd one – her identity is kitted out in emo-pop-bubblegum-punk and his in hip hop and gangs – the film pointedly tries to make these distinctions for us. ‘You didn’t tell anyone about us did you?’ He retorts as fast as possible, and the film follows through with the cliched ‘boy falls for girl he is ashamed to admit to his friends’ trope. 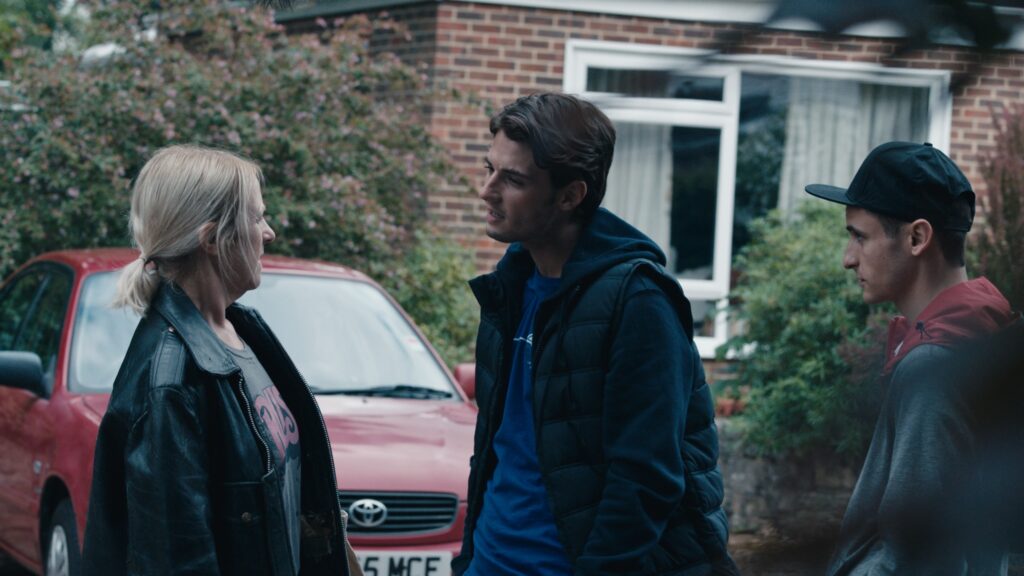 The friends in question are a gang helmed by Rabbit (Jack Brett Anderson), played as a bully caricature, one who shouts slurs at Katy for no real reason, apart from that he is victim to his own sad lot in life (in this case, a small-town criminal and abusive father, played by Crispian Belfrage). Given a clichéd backstory (illiterate, son of the town’s drunk), we are meant to join the dots, evoke some sympathy – Rabbit doesn’t have the internal or external cues to express himself, so acts out in blind rages on those he perceives as weaker than he.

Unlike most coming of age films, we also are given her mum’s point of view, in her attempts at getting the police to quell Katy’s harassment, colouring our sympathy for both characters. The age-old tussle between the teenage daughter that wants her freedom and the mother that restricts it in order to protect her plays out, with director Fiona Whitelaw as Lucy’s gravely concerned mum. She courts the line between meekness and stoutness: she won’t bow down to the bullies, but there is little choice for her.

However, there’s still the feeling of only scratching the surface of these types of people and this type of bullying. As such, the film offers some haphazard, simplified version of reality (attacking Katy’s house seems neither threatening nor silly teens-having-a-laugh, and there seems to be no believability running up to it). The disconnect between Rabbit’s reaction and the situation, seems like two misaligned events. Whilst the film shows the systematic failures of our society, from the authorities who do nothing in tackling antisocial behaviour, to easy manipulation of young people bowing down to bullying behaviour and peer pressure – Katy becoming an easy and tragic target for the police – but it makes its point in a heavy-handed fashion that seems to distract from the subtler, rawer truths.

But what it lacks in subtly and nuance, Acceptable Damage makes up for in giving us a protagonist that you can identify with, no matter who you are.

Acceptable Damage is available to rent through YouTube for £1.99.