Emma Allen is an artist who specialises in body-art and stop frame animation. ‘Adam’, her latest film, brings together both of these passions. The animation is solely created from body art applied onto the unusual canvas of a man’s shaven face and head. Interview by Emma Robdale. Emma Allen, who identifies as a dyslexic artist, teamed up with neuroscientist Daisy Thompson-Lake to create Adam. The two have combined creative expression with recent research behind the science of depression and created a film that is artistically beautiful, emotionally evocative and scientifically accurate.

Emma and Daisy met in Sri Lanka where Emma spent much of her early life. Emma currently runs an arts charity project called Sri Lanka Cards. In 2008 Daisy volunteered for the project,

“We got on very well and became friends. Years later Adam ‘Grey Matters’ was born!”

When asked about why the two collaborated on this subject Emma commentated that the topic was “close to both of our hearts.” Emma and Daisy have both had their own experiences with depression. The name ‘Adam’ was chosen in memory of a close friend of Daisy, who sadly took his own life in 2010. It is clear from the attention to detail in each and every second of the two-minute film that both Emma and Daisy poured not only their time but also their hearts into the making of it.

The entire project took two years to plan and was successfully crowd-funded, receiving money from the Queen Mary Centre for Public Engagement as well as from individual scientists from the UK, US and Canada. Adam took seven full days to film. Emma painted and repainted Malik Ibhis, an experienced character model, 1,300 times which took over 100 hours!

“I had been preparing and practicing for months beforehand. I made nine versions of the storyboard and four complete draft films on a dummy before shooting the final one on the model.” When asked about the process Emma said that she designed the artistic concepts within the film, but she would meet up with Daisy to check the science behind the art. Daisy has worked in neuroscience for fifteen years and specialises in electroencephalography and neuroimaging. They decided to make some of the scenes very specific to demonstrate the science and others more ambiguous to give a more metaphorical impression.

Much of Emma’s artwork is inspired by her latest findings into depression. One scene shows a giant synapse, the receptor at the end of a neuron. Tiny orange and yellow balls fall from one side of the synapse to the other which depicts how chemicals travel through the brain. When chemical messages become disrupted it influences how a person thinks and feels. The synapse is depicted twice in the film; the first time the receptor does not absorb the transmissions effectively, however when it is shown again towards the end of the film it works at full capacity demonstrating an improvement in the head’s health.

“Through a series of individual painted frames, Adam shows the underlying neurological processes behind depression.”

At one point, a phrenological mind-map is painted onto the model’s skull. Piece by piece, segments light up then fade drawing attention to specific sectors such as ‘focus’, ‘decision making’ and ‘sleep’. One at a time each segment of the mind-map disappears to reveal detailed clockwork cogs representing the complexities of the human brain.

The paint applied at the start of the film uses a lot of dark colours, so when a vibrant PET scan shows on the top of the model’s skull in vibrant blues, oranges and reds it stands out. The colours blur in from one segment to another creating the illusion of a real pulsating scan. The scan appears twice; the first time showing small, dim sections of the brain lighting up, which is associated with depression, the second time the PET scan shows the segments are brighter, this is associated with a more active and healthy thought process.

Emma used a variety of face and body paints applied with assorted sponges and brushes, but to create the effect of the brain lighting up she used UV-responsive paints, illuminated under an ultra-violet light when filming.

One of the most impressive elements of Adam is how the animation utilizes every part of the model’s head. It starts on the models face but rotates to the side to highlight the brain before progressing to the top and back of the skull. Emma spent a lot of time deliberating on the different ways the images could shift and merge into one another.

The film starts with a man’s head gazing directly at the camera, seemingly disembodied by the blackness surrounding it. He blinks and twitches as shadows creep across the face merging into black face-paint, a pink brain permeates from the darkness, neurons lighting up like fireworks. Intersection of the human brain, photo courtesy of Emma Allen

When asked what the most difficult part of the film was, Emma said that it was not creating the art-work or the intense bout of stop-frame filming, but the storyboarding:

“Translating the science into an emotional visual story with scenes that would flow smoothly into each other so that viewers could connect, empathise and learn from it.  Depression is a delicate subject to try to simplify.”

Adam does not use any words and manages to convey an austere sense of pain and hope with its use of imagery and sound. At the end of the film, from the blackness dividing the brain grows a green leafy plant which flowers into a lotus on his forehead. To Emma this represents inner peace and was inspired by the quote,

‘Just like the lotus we too have the ability to rise from the mud, bloom out of the darkness and radiate into the world.’

This final image is a reminder of the human capacity for inner strength. Adam was released exclusively at the London Lumiere light and film festival before being made available to the public online this April. It is currently being displayed in several galleries and has already been selected for the Atlantic and National Geographic short film awards. Emma hopes for Adam to gain wider recognition to initiate more awareness and discussion around the topic of depression.

Watch ‘Adam’ in full below:

A ‘making of’ video about the film is also available here: 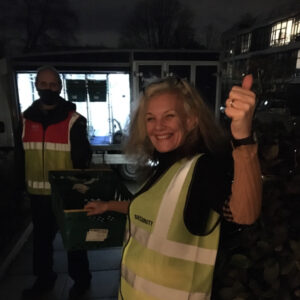 I S O L A T I O N   In - Security Vest On Living At The Invisible Omniscient Neighbourhood Watch     My shoulder aches I am sat at a computer for too long The weight of the world rests on them Better than an MS attack That would be numb Too much Comfortably numb Not for me The British Association for Counselling and Psychotherapy journal comes out bi-monthly. Every now and again I am excited by an article. “Trial results show the ... 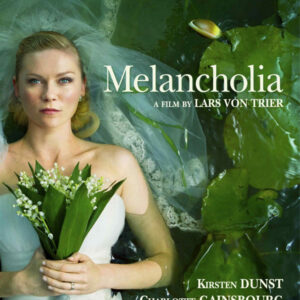 Depression as a creative cinematic device

Katie Driscoll looks below the surface of two television series – 'The Haunting of Hill House' and 'The Haunting of Bly Manor' and one cult cinema classic, 'Melancholia '– in an examination of the 'depression genre'. The artist figure doomed to a life of depression and suffering as the root of their art – has been ... 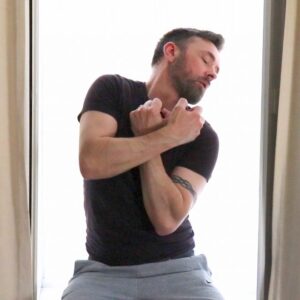 As one of the first showcase pieces from our commissions dedicated to disabled artists in isolation, we present Kris Saunders dance for camera piece Reflected Boundaries... enjoy. Normally my style of dance is lyrical and very regimented in its structure. Tightly choreographed, dictated to by the lyrics and music, and whilst telling a story, it’s usually ...