The North East Dance Co-operative is an independent, not-for-profit network entirely run by volunteers, which aims to provide an alternative to top-down programming and increase equality of opportunity across the dance sector. Its founder, Angeline Lucas speaks to Joe Turnbull about the organisation’s development. 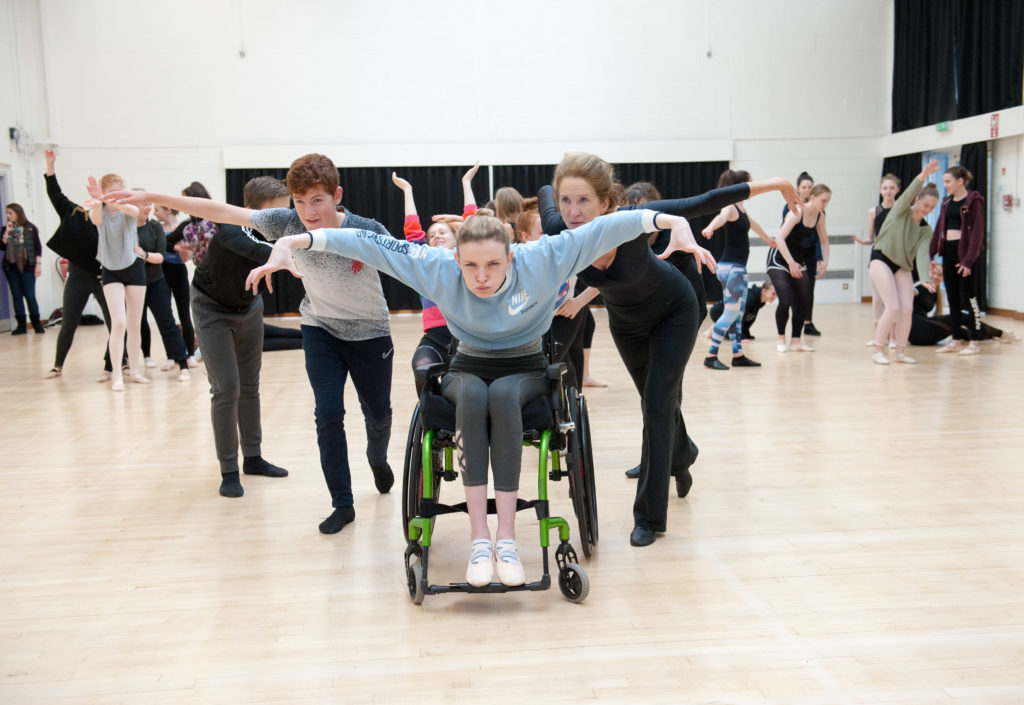 Angeline Lucas grew up in a single-parent family in rural Northumberland, but was introduced to dance at quite a young age. “My Gran offered to pay for ballet lessons for me,” recalls Lucas. “I believe the choice was ballet or horse riding”. But it’s far from a case of having never looked back. Her love affair with dance has always been a stormy one. She was initially discouraged by a dance teacher who told her she ‘didn’t have a good ballet body’. This seems to have both spurred her on, and rubbed off a little.

“I can honestly say that I wasn’t particularly talented, but I was an incredibly hard worker, and in the end, all my efforts paid off when I was offered a full-time place at Northern Ballet School in Manchester.”

Lucas’s career as a professional dancer was cut short after she sustained a debilitating injury, so she moved into teaching. But in 2010 a diagnosis of Chronic Fatigue Syndrome forced her out of that as well.

“I became entirely unable to dance, not even if I used a wheelchair. This was utterly heart-breaking as dance had always been everything to me: my career, my passion, my identity. For quite a while I couldn’t have anything to do with dance as it was just too painful.” 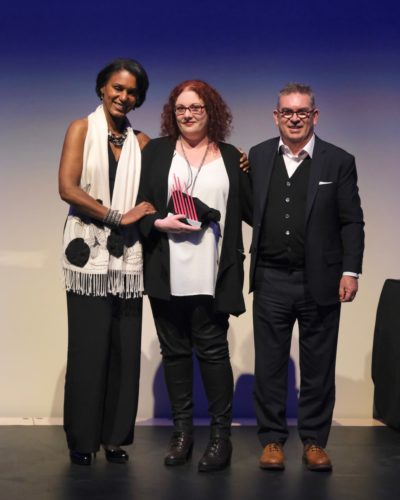 In 2015 a group of Lucas’s ex-students approached her to ask if she could help them complete their Royal Academy of Dance Grade 8 examination, as their local class had been cancelled.

“Unfortunately, by then I was too unwell to teach per se, but it occurred to me that they had approximately 190+ years of dance education between them and that they could work collaboratively to learn the syllabus material with me coaching them in terms of technique and artistry.”

It was a fateful move, which ended up being the catalyst for the North East Dance Co-operative (NEDC). And just a few months later, the entire group all passed their exams with Distinction. “It’s testament to the power of collaborative learning,” says Lucas. Collaboration has remained the core of everything NEDC does.

“We believe in the power of collaboration, not only between our members, but also across different arts organisations, and much of our current focus is on forging connections between community and professional dance for our collective benefit.  It’s also very important to us that, rather than working in competition, we want to support our current regional and national dance ecology.”

Since its launch in 2015, the NEDC has worked with many professional dance companies, including Scottish Ballet, Phoenix Dance Theatre, Matthew Bourne’s New Adventures, Northern Ballet, the Mark Morris Dance Group and the Amina Khayyam Dance Co. 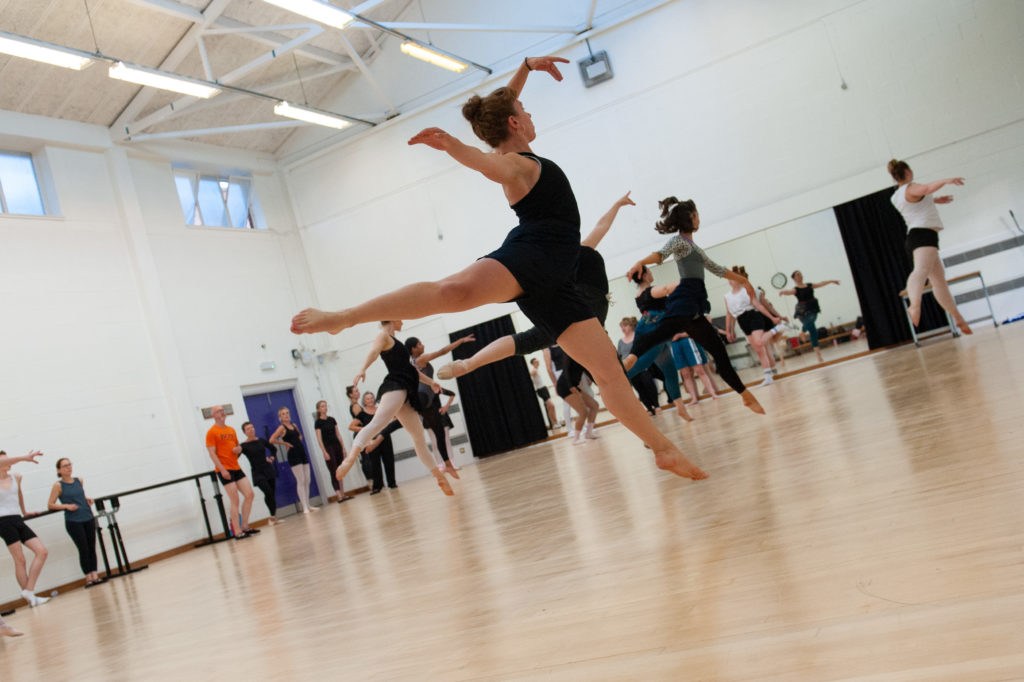 Today, the NEDC is a membership network which is ‘free and open to all’ and now has over 700 members. It creates dance opportunities including classes, workshops and company class observations.

“The launch of the NEDC thrust dance back into my life. But I began to understand just how few opportunities there are for people like myself who want to feel connected with dance and are passionate to still be involved but are unable to physically dance themselves. This was part of the reason we started collaborating with professional dance companies and theatres to co-host Company Class Observations, where local dance enthusiasts can watch the company dancers warm-up and complete their daily on-stage pre-performance technique class.”

“These incredible, live, behind-the-scenes engagement activities offer the observer the chance to really feel connected in a way that is impossible watching dance on-screen and offer a magic intimacy with the company that makes you feel as if you might as well be dancing on stage with them.”

As a member-led network, rather than a business or charity, the ethos of the NEDC is to create opportunities which are inclusive, culturally diverse and custom made for members.

“As a direct result of my personal experiences, the NEDC employs the idea of integrated inclusivity, so that instead of creating events for different types of people, we work to find ways to enable everyone to join in with all our opportunities.” 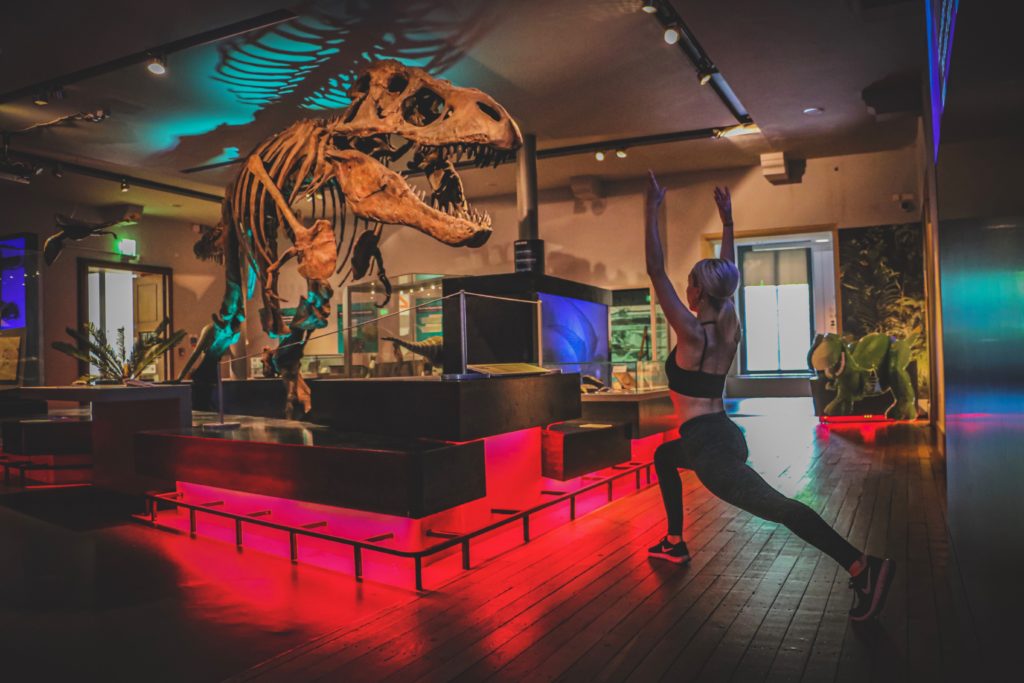 The approach has clearly paid off, with the NEDC winning the One Dance UK Award for Innovation in Dance last October. This was followed the next month by Lucas personally winning the Julie Relf Award for Courage in Adversity, awarded by The Inspire Network. Just last month, Lucas nabbed another accolade, winning the Glass Slipper Award for Woman in the Community. Awards are nice, but there is something Lucas values even more:

“For me personally, the highlights are all the small, incredible, heart-warming moments when you see someone’s face light up and you know you’ve made something really special happen for them.  This could be the 5-year-old girl who is invited onto the stage to meet the dancers of a ballet company, the young, male vocational student getting to ask for 1:1 advice from a male professional dancer, or the mature adult community dancer joyously participating in a workshop with an internationally-acclaimed dance company.”

“Of course, it’s also been just wonderful to collaborate with so many fabulous dance companies, North East theatres and other fantastic arts/cultural organisations besides, and we can’t wait to see what the future holds!”

So what is on the horizon for Lucas and the NEDC?

“Most importantly, we want to grow our membership, for the more of us there are the more we can achieve!  We also want to reach a larger geographical area and work with even more theatres and dance/arts companies to create fantastic, impactful dance events and opportunities for everyone.”