Art & Protest: What’s there to be mad about? is on show at the Bethlem Gallery – situated in the grounds of The Bethlem Royal Hospital in Beckenham. With a slew of events programmed before it closes on 10 November 2019, the exhibition offers an alternative narrative to the mainstream, says Emily Reynolds

The first time I walked into the Bethlem Gallery’s Art & Protest exhibition, I nearly cried. A collection of artwork curated by Dolly Sen, the show takes a piercing, unwavering look at what oppression looks like – and how we can fight it. The result is something incredibly special. 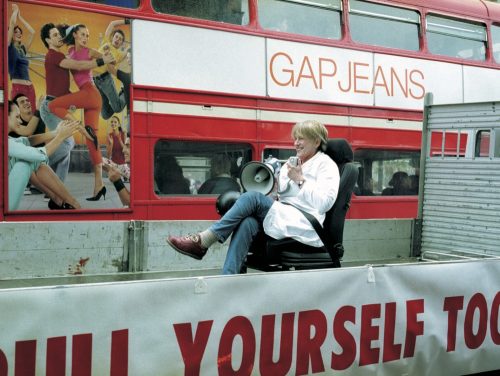 Pull Yourself Together Photo © Hugo Glendinning

What’s on display is varied, with a number of disciplines, perspectives and moods represented. As you’d expect from a show curated by the mischievous Sen, there’s plenty of humour – just take Pull Yourself Together, a video work depicting Bobby Baker riding around on the back of a truck shouting “pull yourself together!”, “get a grip!” and “smile!” at passersby. It’s hard not to thrill in Baker’s infectious irreverence: as she wrote after the performance, she found it “delightful” to “bawl these insults” of which she had been on the receiving end for her entire life.

There was also humour in Sen’s own Help the Normals collecting tin and the Mr Men do Psychiatry poster, in which Mr. Men and Little Miss characters are transformed into absurdist representations of the psychiatric system. Mr. Messy becomes Mr. The Benefits System Process is Straightforward and Easy To Follow, Mr. Tickle becomes Mr. Long Arms of the Law That Will Soon Be The Only Mental Healthcare Available, and Little Miss Chatterbox becomes Little Miss Idealistic and Newly Qualified Mental Healthcare Professional Not Yet Crushed by the System. They’re funny, but they’re also true. Rachel Rowan Olive’s A is for Awkward zine prompts many of the same feelings: you might be laughing, but there’s a bitter sense of recognition mixed in, too. 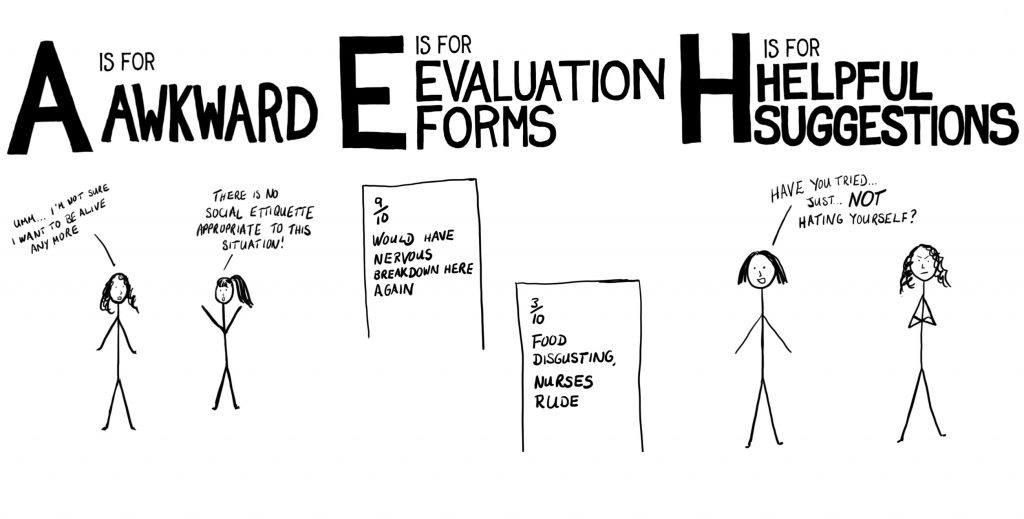 The exhibition is about madness and protest, so everything in it is political in and of itself. But there are some explicit swipes at the uncaring political system that continues to denigrate, detain and oppress us, too. Vince Laws’ DWP Deaths Make me Sick shrouds are particularly striking: hung on the back wall of the first room of the show, spray painted messages appear on recycled bedding: “Mark Wood found fit for work by ATOS against his doctor’s advice, despite complex mental health problems. Benefits stopped. Starved to death. How many more?” It’s hard not to be enraged at the injustices we continue to face. 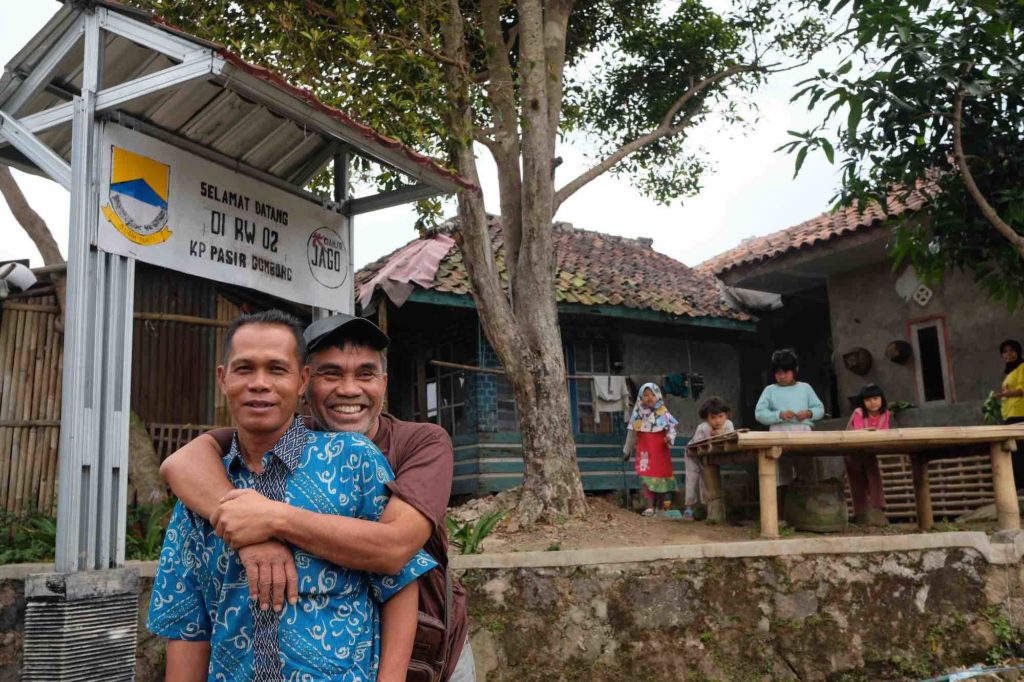 In Chains, a video piece by Hana Madness and the vacuum cleaner, is equally affecting. Depicting The Palace, a “radical and autonomous mental health community” in Indonesia, this short film shows how community can change lives – “humanise those who have been denied their humanity”, as the artists put it themselves. Many residents at the Palace had been subject to Pasung, a practice involving the confinement or chaining of disabled people, something the film shows unflinchingly. It can be difficult to watch at times, but it’s a much needed reminder that our struggle is not just local, and that those across the world still require our attention and solidarity. 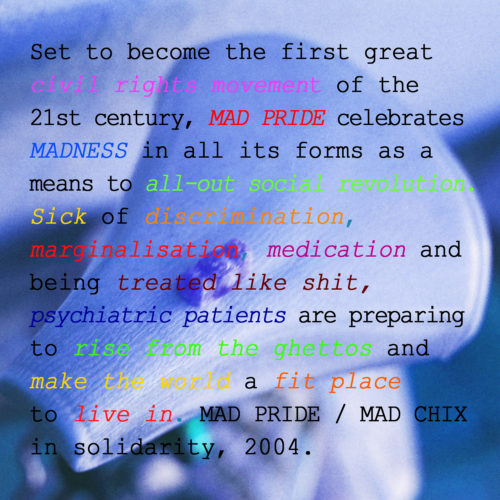 It’s also good to see archival footage from Mad Pride and Mad Chicks. When you’re unwell, it can be such an isolating experience, both emotionally and logistically; recent ‘mental wellbeing’ efforts from both government and business have been so hyper-focused on individualism it’s a miracle we’re able to remember anybody else exists.

To be able to reject this narrative, and to situate yourself in a history of radical self-expression and radical protest, is so galvanising. This also goes for another exhibition, Impatient!, which is hosted upstairs from the Art & Protest show in the Bethlem Museum and also looks at the history of the survivor movement. There are documents, posters and pieces of archival material from a wealth of organisations, groups and communities: yet more tangible proof of the struggle and solidarity we’re so discouraged from engaging in. It’s hard to feel alone here. 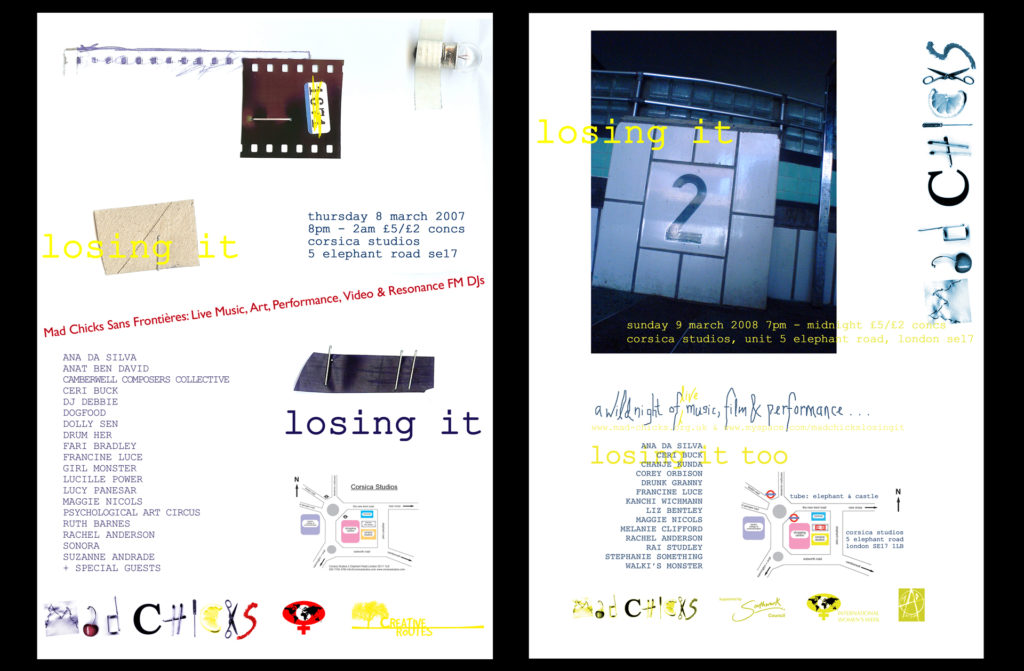 And despite such disparity in mood, which shifts from humour to anger to heartbreak in a blink, the show still manages to be cohesive. Underneath every piece is a burning sense of injustice: a feeling that things aren’t quite right and that something has to be done about it.  How we choose to deal with this is deeply personal: we can laugh at our oppressors, seek to shock those viewing our work into action, or just express our experiences creatively and without boundary. Each is equally valid and equally as compelling to see.

It’s easy to feel hopeless, particularly in a world that seems to be intent on destroying itself, in which austerity measures continue to ruin and even end lives, and in which stigma and discrimination is rife. But while our current political situation may be dire, shows like this offer hope. We’ve fought in the past: we’ll fight again.

Curated by DAO Associate Artist Dolly Sen, Art & Protest: What’s there to be mad about? is on show at Bethlem Gallery from 7 September 2019 – 8 November 2019. For further details go to http://bethlemgallery.com/event/art-protest-whats-there-to-be-mad-about/