The first Awkward Bastards symposium in 2015 brought together artists, activists, thinkers and producers to reflect on ‘the spectrum of diversity from disability, ethnicity, and sexuality, to gender and class.’ This year’s conference, AB2 (organised by DASH, mac birmingham and the Live Art Development Agency (LADA), continued in the same vein, says Mary Paterson, introducing the theme of ‘absence.’ Still from the film of Frances Norris talking about representation of diverse communities, presented at Awkward Bastards 2

The languages of art reveal as much about art’s history, said Frances Morris, the incoming director of Tate Modern, in her keynote speech for Awkward Bastards, as they do about art itself. The origins of Tate, she reminded us, lie in the private collection of a white, male, sugar magnate. This history has not only defined the conditions of entry to what is now the national collection of British art, but also how we talk about it, and what we are allowed to say.

Morris’ speech pointed to the complexity of positioning an event like this. On one hand, Morris said that ‘everyone needs to have physical and intellectual access,’ to Tate’s collection. On the other, she acknowledged the institution as a construction, at least in part, of white, male, able-bodied privilege. In this context, is ‘diversity’ about access to our cultural heritage, or about designing a different future? Is it ‘awkward’ to insist on visibility, or on variation? Are we the bastards who are going to smash down the doors to the mainstream art world, or the ones that will sail on by, whispering words that mainstream ears can’t hear?

Naturally, these were the kinds of awkward questions being posed by commentators at this year’s event. Two panels invited artists, arts managers, programmers and curators to give five minute provocations in response to one of two themes: ‘Framing Diversity’ and ‘Pasts and Futures.’ The two themes, of course, have much in common. ‘What kinds of frames do the institutional context of museums, galleries, theatres and festivals put around diverse arts practices?’ asked the programme, in relation to the first; ‘How do we ensure that underrepresented artists and practises are represented in cultural histories?’ it asked, in relation to the second.

For some, the response to both these questions was: ‘not applicable’. Or, in the language of diversity monitoring forms, perhaps, ‘I prefer not to answer.’ Rachel Anderson, of the women’s arts space idle women, read out a delicate and ferocious manifesto against the ‘coercive control’ enacted by art institutions, as part of a capitalist economy that undermines individual creativity, confidence and independence. ‘We have no interest in belonging to the mainstream,’ she said, before pointing out that ‘we’ (a category, she implied, of anyone and everyone not enriched by the institutional machine) ‘may be margins but we are not minorities.’ Similarly, the dancer Jamila Johnson-Small described the difficulties of speaking through a mesh of institutional frameworks – the art space, the academy, the racist and sexist public sphere. Johnson-Small questioned Morris’ aspiration for Tate Modern to be an inclusive space. This is nothing more than an ‘illusion of empathy’, said Johnson-Small, which erases individual identity. Art, in other words, is not one size fits all. In order to engage meaningfully with different people, art will always mean different things.

In fact, Morris, had acknowledged this diversity of affect. ‘We need to create safe spaces for people to disagree’, she said. But, as Johnson-Small points out, this ambition is often couched in the language of conflict-avoidance, as if art is a kind of plaster applied by the people-in-the-know to the wounds or deficiencies of the people-previously-excluded.

Perhaps this is what the theatre maker Simon Casson meant when he exclaimed, ‘everything’s for posh people!’ 35% of the UK is working class, he said, and yet art is always made for middle-class sensibilities. Art, Casson implied, is a middle-class value system – which is to say, art that is supported in the professional, publicly funded sphere. This means that ‘diversity’ is not a matter of access or representation. It is a matter of power.

Power was on Tony Heaton’s mind, too. Heaton, the outgoing CEO of Shape, one of the UK’s leading disability-led arts and cultural organisations, was clearly fed up. “Thirty years ago,” he said, “I gave non-disabled artists, with their power and rank, the benefit of the doubt.” But experience has changed his mind.

“Our exclusion is deliberate,” he said. “Disabled artists have to fight for every inch of representation, for every scrap of opportunity, for every door to open.” His anger was sharp enough to rupture any safe space designed for people to change their minds. Instead of making peace, Heaton wanted to make a few things clear. He wanted to expose the hypocrisies, inequities and daily cruelties of our discriminatory culture. (What an awkward bastard.)

Heaton recently initiated the National Disability Arts Collection and Archive (NDACA), due to open in 2018. NDACA’s website says it will “provide an important resource for disabled people to realise their own heritage and bring non-disabled people closer to the barriers of a disabling world.” This is not just a project of advocacy and history building, then, but also a way of articulating what suffering feels like. It’s a form of representation of the under-represented, but, importantly, it is also a definition of its own terms. In fact, if the conference was convened around absence, its content was concentrated on definitions. Like Heaton and Casson, arts consultant Lara Ratnaraja identified power as the ultimate impediment to equality, diversity – or whatever else you want to call it; and, ‘whatever else you want to call it’ is crucial. Legislative protection for minorities and artworld investment in access are all very well, Ratnaraja said. But as long as diversity (she was speaking, particularly, about race) is spoken about in terms defined for the 1976 Race Relations Act, then it will always be a matter of permission, not rights. In this context, language is both a power tool and a disabling barrier.

Language, then, is the way that discrimination is institutionalised, both inside and outside institutions. This explains why an organisation like Shape – while, technically, an institution – has to retain an antagonistic relationship to ‘the institution’, or drown in other people’s (mis)interpretations. The point was deftly illustrated in a film shown by the Disabled Avant Garde (DAG; the artists Katherine Araniello and Aaron Williamson), which depicts a fictional funding programme for disabled artists, Unbelievable. Here, fictional funders award projects that perform disability – with names like Deaf Opera and Crips and Kids. Their definition of disability art, in other words, was art for non-disabled audiences. ‘Everything’s for the able-bodied posh!’, you might say.

In an event with as broad a remit as Awkward Bastards, it would be difficult to find a single takeaway message. But I was struck by Melanie Keen’s intervention near the start of the day, which laid the foundations for many of the approaches advocated later on. Keen is the Director of Iniva (Institute of International Visual Art), originally set up in 1994 to redress the cultural imbalance in visual arts. Its makeup and its mission have changed over the years, however; currently, Iniva is ‘dedicated to developing an artistic programme that reflects on the social and political impact of globalisation.’

This new mission and, fundamentally, the fact that it has changed over time, reflects Iniva’s need to ‘shift shape’, said Keen, to ‘avoid the burden’ of representing the visual arts’ approach to diversity.

Here, then, is a way of using language to undermine the reductive limitations of mainstream culture – by which I mean, not just notice discriminatory culture, or refute it, but also to divest it of its power. By positioning itself in relation to globalisation instead of diversity, Iniva’s mission statement acknowledges the biased and discriminatory history of the art world (also identified by Morris), as well as the intersectional complexity of contemporary life. It addresses the past, and it shapes the future.

This strategy suggests an alternative model of power, which stands in direct contrast to the cultural imperialism of an ‘illusion of empathy.’ Instead, it’s a model that defies definition, that changes course, that makes strategic relationships. Not just awkward, then, but slippery, self-determined, and going places.

—
Awkward Bastards: ABsence included workshops, keynote speeches, panel debates, open mic – with internationally renowned artists and academics, focussing on underrepresentation, exclusion and invisibility. The event took place on 22-23rd March at mac birmingham. If you click on this link to the DASH website you will find recordings of the talks and performances available to view on YouTube as well as a round-up of reactions to the event on social media. 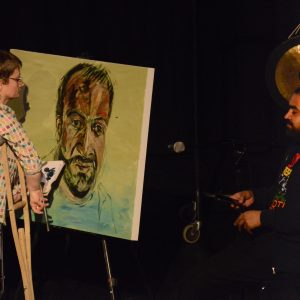 Awkward Bastards 2: diversity without the tickbox

ABsence: Awkard Bastards 2 was a symposium organised by Live Art Development Agency (LADA) and DASH as a follow up to 2015’s event. It took place at the mac Birmingham on 23 April 2017. Poppy Noor reflects on the event, and the vexed questions of ‘diversity’ and representation. When I arrive at the Awkward Bastards second ... 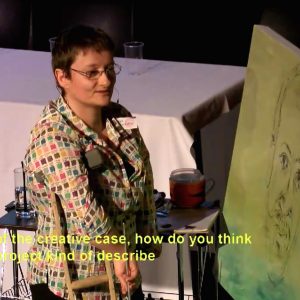 Awkward Bastards challenging the absence of diversity from the cultural landscape

DASH's Awkwards Bastards symposium returns for another year, in collaboration with Live Art Development Agency (LADA) and mac Birmingham, taking place at the mac on 22-23 March. I caught the morning session of the first day via livestream. With introductions from Caro Parker and Mike Layward, DASH began their day with a warm up from Tanya ... 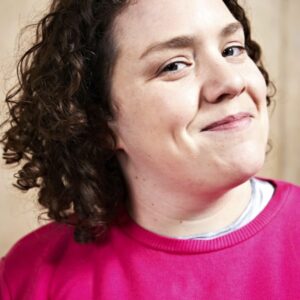 Edinburgh Festival: ‘iF Not Now When?’

Forest Fringe at the Drill Hall played host on 25 August to a day of lively and vibrant discussion: 'iF Not Now When?' produced by Stopgap and hosted by Jo Verrent, Senior Producer of Unlimited. Colin Hambrook reflects on some thoughts from the day's proceedings. Do we need labels? - a discussion about how, when and ...