Alison Wilde reviews the Hollywood heist movie, Baby Driver, directed by Edgar Wright and starring Ansel Elgort and Kevin Spacey alongside deaf actor CJ Jones. She finds the innovative use of music and disability themes has her overlooking her usual attitude towards action films, and cars in general. I’m not a fan of ‘action films’, particularly when they involve car chases and lots of noise. The outcome of them is usually so predictable that I can safely switch off during these bits and think about work/finance/relationship/existential issues until the ‘story’ resumes, invariably with an outcome to the action as I’d anticipated. I found myself watching Baby Driver purely because I was seeking an escape from the writing I had been doing in the cinema café, and was too exhausted to go home – this was the only film I hadn’t seen. I even found the title off-putting.

But I loved it and didn’t check my bank balance or emotional temperature once. I’m still asking myself why. This seems completely out of character for me as I am so anti-car that my rants on the topic have cost me friendships. I guess the number one reason is that it is a good, and simple story, very well told. It isn’t formulaic, and is quite slow to unwind, piquing my interest –  why, for example, is Baby (the central character, played by Ansel Elgort) driving for Doc (Kevin Spacey), a criminal mastermind, when it seems to be completely out of character?

However, to separate elements of story from the extraordinarily innovative way in which music is used and centred in this film does the film an injustice (I don’t use the word ‘innovative’ lightly – it’s a word I detest but is appropriate here). Music is pivotal to the story in many ways, and a deeply enjoyable experience for the listener/viewer; the soundtrack is so expertly constructed that (carefully avoiding spoilers), music such as Hocus Pocus (by Focus) both carries the story and reinvigorates a lust for life. Schmaltz such as the Commodores Easy has an equally important role to play in storytelling and shifting emotional gears for the viewers. As others have pointed out this is the most musical and rhythmic film one could wish to see, hear or feel, a rhythm which drives (pun intended) the film; but it is NOT a musical. Choreography of bodies, story, cars, shootouts, camera, and even impairment ‘effects’ is central to the way the film works – oddly the ‘choreography’ of the opening scene of the film reminded me exactly of the thrill I felt when I first watched John Travolta’s iconic swaggering, pizza-eating walk through Brooklyn in the first scene of Saturday Night Fever.

There are also obvious parallels with films like Drive (2011) another heist/drive movie, with some similar characters and plot points. Thankfully, there is also some humour, though the film wouldn’t be put in the comedy genre. Overall, it is the music and disability themes which made this film so unique.

Even better, the music is implicitly tied into disability themes in a number of ways. When I first saw that Baby wore headphones all the time I thought that this may be signifying autism. The film perhaps allows us to make these assumptions and bear them in mind. But we are then led to believe that this is tied to his difficulties with both tinnitus, an early childhood trauma, and the need to connect with his mother, a former singer.

As a person who rarely speaks, and often appears not to be listening, the visuals and narrative of the film show us that any assumptions of a lack of communication skills is profoundly wrong. This alone could be seen to challenge common, and potentially ableist, assumptions about communication and social life, and also some of the expectations and stereotypes about young people’s interactions with music and social media. The exploration of these themes was a delight for me, not explicitly tied to disability, and not presented in a hectoring manner, all adding to characterisation, visual thrills, and story-telling whilst playing with potential audience assumptions about impairment. But there is more. Baby’s foster father is Deaf and they both communicate through ASL. He is played by CJ Jones, a Deaf man, a rare inclusion of a Black actor with an impairment. His character isn’t gratuitous or played for laughs. Nor is it humourless.  During these sequences, there is elegant subtitling which seems to be part of the aesthetic of each shot; this is included in the aesthetic of the scene rather than the more ‘integrative’ common practice of subtitling at the bottom of the screen.

I can’t praise this use of impairment enough – these parts of the story are integral to it, but the drama of the film, and the overall story are not dependent on it. In terms of diversity in content, this film excels in comparison to others. There are well developed portraits of most male characters, white, Black and Asian, including a distribution of characters as ‘good people’, and less good people, even if women do not fare so well.

Baby’s love interest Debora (played by Lily James) has been described as a Manic Pixie Dream Girl (to be honest I don’t think her character is fully explored enough to render her as such). As Dustin Rowles has commented (see last link), ‘writing women’ is not Edgar Wright’s greatest strength.

The other key female character is Darling (Eliza González) who is rather more nuanced as someone portrayed as sexy, powerful, loved, and possessing all the usual feminine ‘virtues’ but surprisingly capable of outdoing the men in her own performance of the ‘macho’, often violent, traits of the men who surround her.

One of the most intriguing aspects of the film for me was, again, tied to the use of the ‘r’ word to refer to Baby’s taciturn behaviour. This happens in an early scene, when one of the heist members asks, ‘Is he retarded? to which Doc replies with a sarcastic reference to dictionary definitions of the word retard as a verb, asking ‘Retarded’, meaning slow? Was he slow?’.

The word isn’t used again but this direct challenge to impairment-based derision, and disablist language is a theme which echoes cleverly throughout the rest of the film, in comedic moments, story and music – a head-on collision with, and challenge to, disablism. 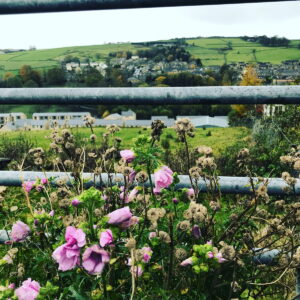 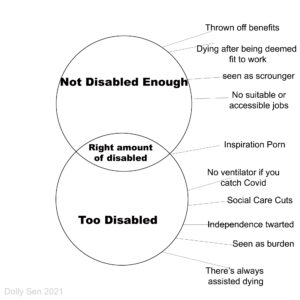 I know social media is essential if you want to raise your profile as a creative. I spend no more than 15 minutes a day on social media to protect both my mental health and because time is precious to me and I want to squeeze as much into the rest of my life as ... 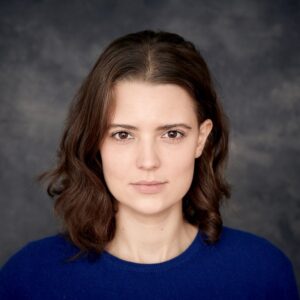 Earlier this month as part of a program of online talks, Disability Arts Cymru ran an event led by Sara Beer with photographer and journalist, Natasha Hirst, discussing welsh culture and disability. Review by Alice Eklund As someone with a long-term chronic illness, I’ve found it difficult to label myself and see how I fit in ...