In a move to radically embed access and inclusivity across all of its activities Battersea Arts Centre launches as a Relaxed Venue today, opening itself up to attract new audiences and potentially challenge the way that theatre is received. Tarek Iskander, Artistic Director and CEO of Battersea Arts Centre talks about what it means for South London’s key theatre and performance space.

Battersea Arts Centre will be the first venue to have gone through Touretteshero’s brand new Relaxed Venue method of identifying and dismantling the barriers faced by disabled people. It strives to make the entire experience of visiting a venue more welcoming, accessible and inclusive. As part of Arts Council England’s Change Makers programme, Battersea Arts Centre has been working with Touretteshero – a company co-founded by Jess Thom in 2010 as a creative response to her experience of having Tourettes Syndrome. Their methodology will be available for other organisations wanting to go through the process and rethink their approach to access. 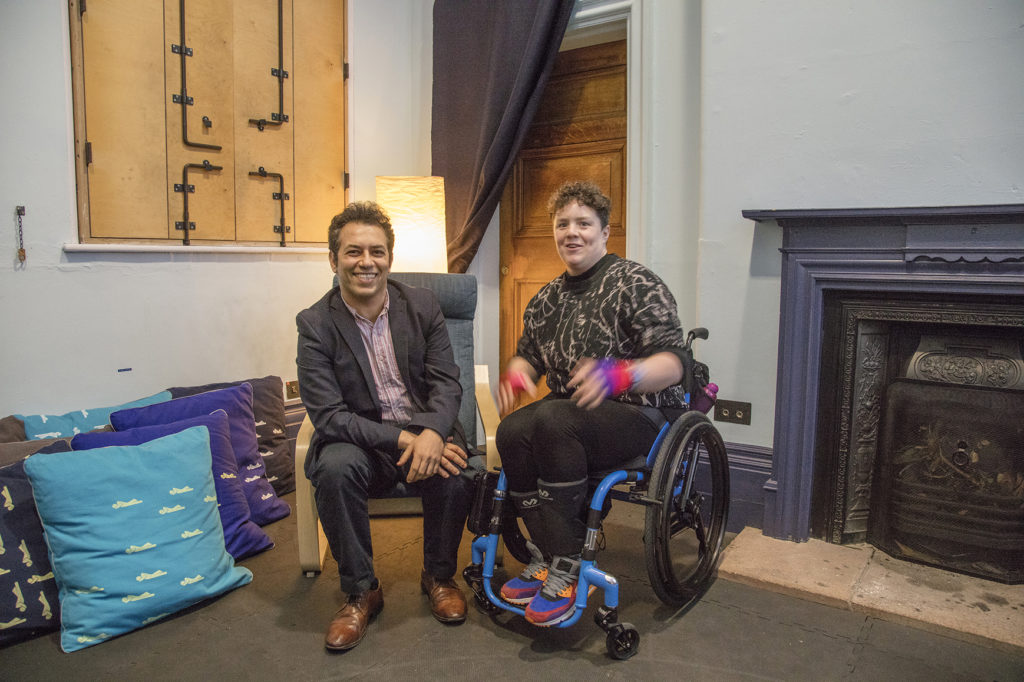 The Relaxed Venue method takes the principles that guide Relaxed Performances and applies them across all of an organisation’s spaces and programmes. Relaxed Performances were originally devised to make performances more accessible to people disabled by the usual rules of theatre etiquette. The principles encompass everything from clear, understandable advance information, to taking a relaxed approach to movement and noise coming from the audience.

Over 90% of performances at Battersea Arts Centre since Autumn 2018 have been Relaxed, with the benefits having been felt by a huge range of audiences, such as autistic people, those with learning disabilities, movement disorders, dementia, or just people with very loud laughs.

Iskander conveys his sense of how the venue has been transformed by Thom’s methodology, far beyond what could have been imagined, altering how the organisation thinks of itself and its relationship to the world: “There’s a new immediacy and contact between the live performers and audiences that didn’t previously exist. This isn’t just a positive economic or ethical choice, it’s is a positive artistic one. The work we have done has been transformational, not just for a few people, but for everyone who comes into our building.”

The Rest and Resistance Festival at BAC in March 2019 was an example of the venue attracting increased levels of engagement and direct interaction between disabled artists and audiences that would not have been possible without everything being relaxed. Iskander adds: “The relaxed approach works for all shows. I often sit in a BAC auditorium, where the announcement about this being a relaxed performance makes many people audibly exhale with relief.”

The intention is for BAC to become a place where everyone can be themselves, where people can engage with the artists and the work – in a way that is respectful, but is also natural and impulsive. Iskander explains how performers are waking up to the radical nature of what ‘relaxed’ means: “In the middle of Waterloo station, I had a stand-up argument with an artist (who I love and who I am good friends with) who refused to bring us a performance because he was worried relaxed performances meant chaos and anarchy and disrespect for the performer. I said to him this is something that BAC simply can’t compromise on. A few months later, after actually coming to BAC more and seeing how vibrant and thrilling relaxed performances are in actuality, he called me up to say he no longer wanted to take his work anywhere else.” 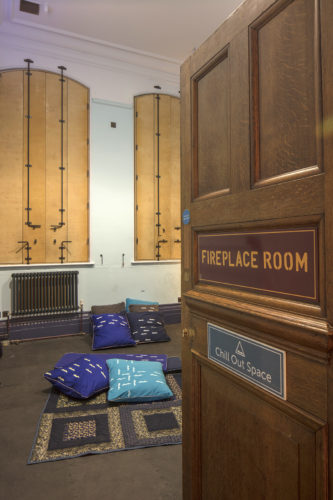 Iskander goes on to describe one of the biggest laughs he has experienced at BAC in the time he has worked there. “Relaxed performances brings something of the spirit and vibrancy of the Globe’s Pit to our spaces. It can also lead to wonderful creative choices. So when Ridiculusmus performed ‘Die Die Die’ at BAC earlier this year, they opened the show by taking an interminably long and tortuous 15-minute shuffle to get to the middle of the stage before starting. At BAC, after the walk was done (by which time the audience were getting quite fidgety) they broke the silence with the relaxed performance announcement. The break in tension through laughter was palpable.”

Whilst respecting the views of those who disagree with the Relaxed approach Iskander goes on to talk about why it is so important to BAC. “There are a lot of cultural spaces where you can sit in silence, as still as possible with others who want to experience art in that way too. You are really well catered for. But at BAC we don’t feel we can truly call ourselves a place for live performance that reflects and is a part of the world unless everyone who wants to can come in and be a part of it. Otherwise why are we doing it and who is it for? Why find reasons to exclude everyone artificially – it actually takes a lot of work and effort to police spaces in that way. We’ve only forgotten how hard that is because of hundreds of years of habit. The world outside doesn’t exclude people – everyone exists in it together, whatever our differences. Why should BAC be any different?”

Iskander’s view is that going to the theatre shouldn’t feel like sitting an exam at school, explaining the vitality of allowing an audience to ‘break the rules of current theatre convention’: “We all know live performance works best when the audience is as active as the people ‘on stage’ – whether it’s in movement or attention or focus or just positive vibes. The relaxed venue methodology says it’s okay for performers to be impersonators, but as an audience our responsibility is to bring ourselves into the space in an authentic way. This isn’t just about giving an audience permission – it is also about demanding people be themselves and not pretend to be someone through artificial, enforced behaviours. This isn’t about making theatre accessible for a few people – it’s about making the live experience better and more thrilling for absolutely everyone.”

Over the past three years Touretteshero has worked across teams and with staff at every level, to identify disabling barriers and to develop creative solutions. In practical terms, this is being demonstrated through ensuring the key principles of Relaxed Performances are present for the overwhelming majority of Battersea Arts Centre’s programme, including a permanent ‘chill out space’ in the building, availability of ear defenders, and a commitment to welcoming diverse audiences. BAC offers this commitment across all of its management operations to ensure that access and inclusivity are at the heart of all the venue’s structures and activity. To this effect programming in the venue’s spaces is scheduled to reflect disability culture and disabled-led work as well as providing consistent ongoing offers of other types of access performances. BAC recognises this will always be a work in progress, not a destination to reach, but as a mark of where they are, over 98% of the performances in their next season will be Relaxed.

The new relaxed venue will be launched at a special event on 7 February 2020 which also celebrates Going Global – Tarek Iskander’s first season as Artistic Director of Battersea Arts Centre – and the 10th birthday of activist-artist company Touretteshero.

To read more about Battersea Arts Centre’s commitment to being a relaxed venue go to the Relaxed Venue page on their website.