Benedict Phillips is an Artist, Writer and Curator whose artistic career has been very much informed and influenced by his experience of dyslexia. In a candid interview, he tells the story of his current two-year Arts Council funded project How To Be A Dyslexic Artist. There is a direct relationship between a 4-year-old version of myself running around 45 years ago playing on the street and a version of myself parading wearing a 2-foot pointy hat and carrying a suitcase. Through performance as the DIV I am attempting to see the world through the eyes of a 4-year-old – a time before the rules that bind us to specific actions become set in place. And all these years later aspects of my artistic practice are engaged in breaking the rules that society forces upon us and creating my own rules.

For instance, I couldn’t read maps because street names were illegible to me, so to navigate the built environment I learnt to create my own maps with perhaps the shape of the first letter or other visual references that enabled me to get where I needed to go. Ten years after I left school I started writing and thinking about my experience of dyslexia. I had graduated at the age of 21 but still couldn’t spell my middle name. I did some experiments out of frustration. It was completely and utterly impossible for me to write a standard letter, so I designed a form for job applications, which as you might imagine was fairly obtuse – pointing out the inhumane character of the form-filling process.

Early on I wanted to say something about the impact of dyslexia on my life. It really was invisible. There were no avenues for connecting my experience to the world. It took me a long time to figure out just how incredibly different is the range of experience that the label ‘dyslexia’ encompasses. A turning point came when I wrote ‘the agenda of the agresiv dislecksick’ which got published in Disability Arts In London Magazine. I got a lot of response and connected with a community who understood where the piece was coming from.

It led to a performance on Speakers Corner in January 1996, which was the first iteration of a DIV character. Nearly ten years later, I got commissioned to do a residency with Persistence Works. I didn’t spell check my application and they said they were surprised by it and asked what was going on. As they reread the application they realised I had a clear message – that part of what they needed to understand was my experience of dyslexia. And so they supported me in an act of inverting ways of thinking. I took the word DIV which means an idiot or something to be pitied and turned it into an acronym for ‘dyslexic intelligent vision’ – confronting traditions and accepting that I can be nothing but myself.

So the first white DIV character created an exam for 60+ adults in becoming dyslexic. Amongst the participants were a handful of dyslexic students who got a gold star and passed with 100 points. For some it was difficult and for others it was enlightening. A teacher who took part said he had been working with dyslexic students for 25 years, but this was the first time he’d really understood what it is like to be dyslexic. The process was really all about empathy – not just about dyslexia – but about the way that people treat each other in the world. Then the red DIV turned up. I was commissioned by the US based curator Kathy Rae Huffman to deliver a new performance for ISEA 2009 (International Symposium on Electronic Arts) – and I thought this is a fantastic opportunity. I’m going to take an evangelist with me and he can talk about what I’ve achieved as an artist – and the idea of being a 3d thinker in a 2d world. I needed a way of communicating to an audience that this was a piece of performance art and that the character in the red suit was a figment of the imagination of Benedict Phillips. I wanted the DIV to be able to say things and do things around dyslexia that Benedict Phillips cannot say.

And sometimes I do that lecture as a performance piece in a red suit with the hat and sometimes I do it as myself the artist who happens to be dyslexic – talking about the DIV. It’s about whether I want to be standing next to the audience, standing next to me, and critiquing the work, or whether I want to present the spectacle of the man in the red suit.

Then I thought there had to be a DIV who was an architect because spatial awareness was at the heart of what the work was about. And the grey DIV became the third official iteration of the character. I was looking for an environmental quality for him, so picked a shade of colour that either looked like soft blue sky or concrete depending on the light. En route to making that character, another character came into being – an explorer who wears a dark muddy green suit and waders. The groundwork for him has been laid in recent work as part of this current project How To Be A Dyslexic Artist. Waders, Green DIV hat for ‘The Explorer’, and copy of ‘A Benedictionary’, on a workbench, Access Space. Photograph by Benedict Phillips

I have managed to sustain myself as an artist for 20+ years – largely through public art commissions and residences  – but there has been a radical shift over the last 8-10 years. How To Be A Dyslexic Artist is me reflecting on that career. I have worked on city centre projects costing many thousands of pounds, but I find that the opportunities for me, now, are narrowing. I can go for up-and-coming commissions less and less. Partly because I am no longer an emerging artist and partly because I am not embedded within an institution. Commissions are becoming more conservative and design-oriented – so there has been a professionalisation of the visual arts that in a sense has made it more commercial.

When I applied for the first National Commission I was awarded, just over 50 people applied for it. That same opportunity would attract 500 artists today. I had to present colour slides and type up a CV. 500 people can send their standard slide show and PDF just like that now – where for me that presents another barrier. The process of getting thoughts on paper is important – but is hugely more time consuming for someone who is dyslexic. You learn to draw on friends and colleagues, but after 25 years the demand for support wears thin. This is an access issue and the Arts Council is one of the few bodies who recognise access as something that needs to be costed and accounted for. Only the individual can know what their access issues are and are the best person to explain it.

To communicate things to people about difference – challenging whether there is a right way or a wrong way of putting sentences down on paper – to help people understand is important to articulate. Most people may take 2 or 3 days to get their head around something that may take a dyslexic person six months to absorb. In some respects How To Be A Dyslexic Artist provides examples of what the experience is like through key stories. You manage to have the intelligence and skills to graduate from a degree but your brain is still unable to hold onto certain particular 2d shapes on paper to understand them in a particular way.

When concepts like dyslexia are framed through what’s considered to be normal experience then the knock-on effects are hard for people to grasp. It is not necessarily the simple logical things that become barriers and the problems are not necessarily where you might think they are.

So for me to put the How to Be A Dyslexic Artist application together and to go through the application process and to say this is what it will take – it involves a journey – and part of that has been me asking myself where I want to take my work.

Artists can often undervalue the skills they have that relate to designing and making, negotiating and research. It is easy to slip into the trap of making yourself fit your work to a particular opportunity. It can be a big mistake because your desires and interests are not necessarily served by that approach. So now I am taking stock and presenting a lifetime’s worth of knowledge on How to Be A Dyslexic Artist in various art spaces.

How to be a Dyslexic Artist!​ is the first course of its kind, a multi-artform, nine-week programme for adult dyslexics of all skill levels and backgrounds. As well as the weekly presentations and practical workshops there will also be one to one support and review sessions.

The course provides a unique opportunity to take part in workshops and discussions around personal experiences of being dyslexic as an inspiration to develop new creative artworks for public display on the Participation Floor at The Tetley in Leeds.

Applications close on Thursday 14 March at 6pm. To find out more click on this link to Benedict Phillips FaceBook page 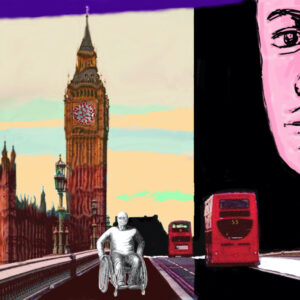 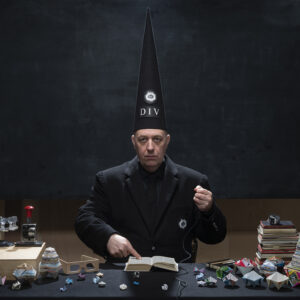 To celebrate Dyslexia Week, Colin Hambrook, editor of Disability Arts Online chats with Benedict Phillips artist and activist about his manifesto, The Agender of the Agresiv Dislecksick on the occasion of its 25th anniverary. Benedict will be giving a re-reading of the work, followed by a Q&A with Colin and artist and academic Aby Watson ... 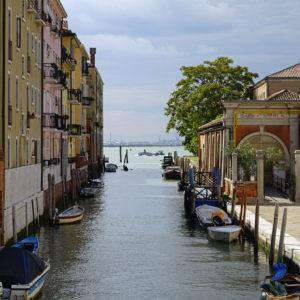 A DIV’s Eye View on the Venice Biennial

As part of my ongoing professional development program supported by Arts Council England, I took my first ever trip to the Venice Biennial accompanied by my long-term collaborator archaeologist and artist John Oxley FSA. I set out with the clear intention to use the opportunity to explore the social and cultural space that is generated ...