Actor and writer Lewis Bray is currently touring his one-man show, which plays at Liverpool’s Unity Theatre this June. Cartoonopolis  sees his younger brother, Jack’s imaginary world brought to the stage. Steph Niciu meets Lewis and Jack to talk about why this show is so important and the creative process behind it. For Jack, who is autistic, Cartoonopolis started off with his repeating cartoon scripts, which he then began developing into his own work in the Bray’s back garden. The world that Jack created for himself became more significant as he transitioned into adulthood, as Lewis explains:

“As a young boy Jack found his release by watching cartoons. He would rewind and play them for hours and hours, learning the scripts and repeating them back. From this he would repeat to us what he saw in the cartoons to try and explain how he felt in the hopes of getting the same reaction.

“At first, we didn’t understand, but over time we built up a special language to communicate together. Back in 2006, Jack found YouTube. It was like opening a Pandora’s Box of cartoons. To him, being able to access and watch cartoons whenever he wanted, was the coolest thing in the world. As he got older he started to create more characters and dialogue, and eventually took it out into the back garden where he created Cartoonopolis.” Jack’s love of cartoons helped him to create a world that enables him to deal with and make sense of his emotions.

“I love cartoons, they are everything to me. They are like my family: Disney, Pixar, Looney Tunes and Batman. Cartoons stick together and cartoons stay together. I love to play in my garden. You know, running around doing all kinds of fun and crazy stuff.”

“My personal favourite is defeating evil baddies, although I do like villains. I just have lots of stories in my head. I just like to play. It’s my favourite place to go. If I’m feeling down or a little bit stressed, Cartoonopolis keeps me in my happy place.”

Lewis’s idea to bring Cartoonopolis to the stage has always been very significant to him, as he has not only wanted to use the show to raise awareness of autism, but to change the way that people think about it too. And for Jack, finally getting a say in the world is something that he has always wanted.

“I wanted to create this show not just to bring awareness to autism but to really kick ass and bring a new positive outlook to it. I want to empower not only Jack but every person who is on the spectrum to be the best that they can be, showing them that it’s OK to not be afraid of using their voice.”

“For too long people like Jack have been told, ‘Well you can’t because you’re on the spectrum’.  I just couldn’t stand it anymore. I honestly was just fed up of seeing, not only my family, but countless families getting trodden on. I had to write something to help people understand autism better and bring people together to start to create the change we want.”

“It’s the coolest thing ever! My brother, doing a play about me? Finally, me, Jack Bray could have a voice in the world!” The writing process for Lewis involved playing out in the garden with Jack in Cartoonpolis and exploring his favourite characters and storylines. He then conducted a lot of research and spoke to their Mum and Dad about their experiences with Jack as well as interviewing all three of them. This led Lewis to start to put together the first draft of his script and go on to rehearse it.

“We took it into the rehearsal room and I worked with two awesome directors: Matt Rutter and Chris Tomlinson, from the Liverpool Everyman, to really hone and craft the play, performance and the messages we wanted to say with the show. Most importantly, we worked with Jack so that we could tell his epic tale of adventure and transition into adulthood in a way that he was happy with.”

Cartoonopolis sees Lewis play 27 characters during show which has meant that he has had to spend “hours repeating, learning and crafting to make the work the best it can be”. Lewis has been overwhelmed by the response from people who have come to see the show so far, and he wants to spread Cartoonopolis’ positive message further afield.

“Since the start of the project, we have had an outpouring of messages on social media, saying how much they were inspired by the show. Families, doctors, nurses and teachers have all messaged me telling me how they are going to change their practice towards autism and disability in general.”

“I also had a message from one family, saying that they sat in the car after the show and their son had said, ‘Is that all that you go through for me?’ and his sister said, ‘I’m so glad I’m autistic because it helps me understand my brother in a way nobody else can.’ I can’t tell you how incredible messages like this are to me and the team.”

“The love and support for this show has been truly amazing and we are unbelievably grateful for this. We want to spread Jack’s message as far and as wide as we can. After this tour, our next stop will definitely be London. Our big ambition is to be able to take this show to theatres in America.”

“I would love anyone who reads this to consider coming to see the show. I wrote this play for you. Please come and share your story and be part of a positive movement that is giving autism the positive light it deserves.”

Cartoonopolis is touring now with dates at Liverpool’s Unity Theatre on June 20th and 21st. 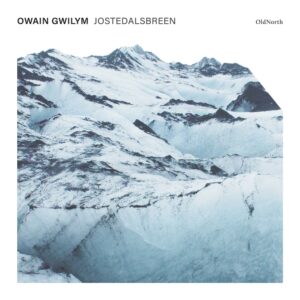 Owain Gwilym is Digital Communications Officer with Disability Arts Cymru. He talks to Colin Hambrook about his background as a musician, a composer and music producer alongside developments with disability arts in Wales. While at university Owain did a PR internship with one of the worlds most influential independent music labels, the Beggars Group. He learnt ... 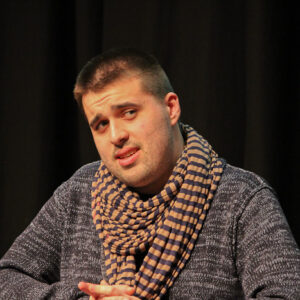 DAO's Digital Influencer Deen Hallissey chats with his old buddy and fellow digital influencer for Access All Areas, Cian Binchy about art and acting. https://youtu.be/YsfQdUZLZxg A transcript of this conversation is available here. 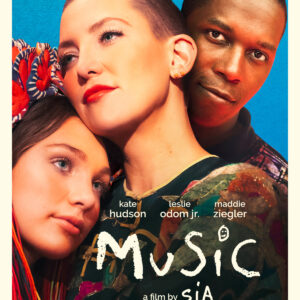 Music – a cacophony of disableist representation

The film Music, directed by Sia seems to have been almost universally dubbed as the most disableist portrayal of Autism yet, in the 21st century. Alison Wilde gives a deeper analysis of the problems behind this movie and undercovers more subtle strands of misrepresentation. This is one film which I think we will all agree on, ...