Donald Hutera interviews Sarah Archdeacon about 30 years of Corali, investigating the uniqueness of the company that has made it one of the UK’s leading experimental dance companies. 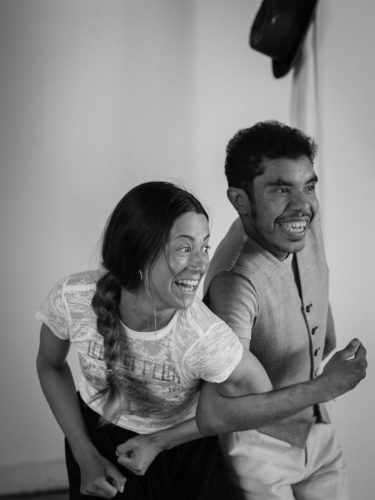 Corali is a leader in dance created by people with a learning disability. You can glean as much from the London-based company’s website. What’s more, it has been steadily pursuing that goal – and much else – for three decades. Again, to quote an online statement of intent, Corali explores ‘the relationship between performers with and without a learning disability, between dance and other art forms, and between professional and participatory artwork.’

Perhaps these neat, straightforward sentences only hint at the multiplicity of approaches to art-making that Corali undertakes, and of the wonderful inclusivity and unpredictability of its range of experimentation. This is a company that isn’t prone to tooting its own horn at high volume. Corali just gets on with the work, diligently and sensitively, while leaving it to others to sing its praises.

I am a part of that ever-expanding chorus and, as a long-time professional and personal champion of the company, I know the reasons why. The people who comprise Corali make proper art, with individuality and great flair. They’re the real deal, so much so that sometimes it almost astonishes me that Corali isn’t more widely recognised for the work it’s been doing for thirty years. 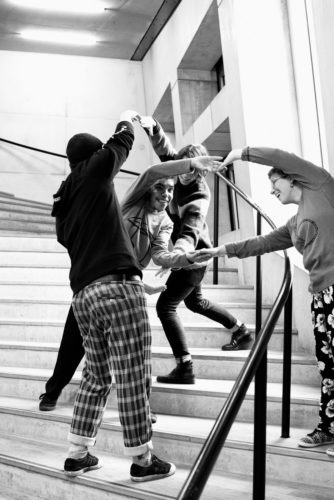 Asked what’s kept both the company and herself going all that time, the answer from Corali’s soft-spoken artistic director Sarah Archdeacon is immediate and typically self-effacing:

“It’s because of a belief in the amazing artistry of the performers, and the compelling creativity and ideas that they continue to offer. It makes someone want to get up in the morning and put in another round of funding applications.”

Corali was founded in 1989 by Virginia Moffat, a social services worker at a Southwark day centre. Archdeacon joined as a volunteer two years later, graduating to her present post a mere two years following that. Even now it’s readily apparent how much Archdeacon loves facilitating connections between artists from the company’s own ranks and those from without, especially via collaborations that often seem to come about as if by chance.

“It’s exciting to me what happens in that meeting point,’ Archdeacon says, adding, ‘Good art manifests itself in different ways, and it’s exciting to work with people who are differently-skilled.”

But the creation of engaging, meaningful art doesn’t only happen organically, or as a result of sharp instincts about who to invite into Corali. As Archdeacon points out, the framework around the company’s activities has evolved, particularly during the last five or so years. “Before that it happened a lot more on a wing and prayer. Now it’s more strategic.”

Formalising the company’s creative strategies makes sense, especially in light of gradual but significant socio-cultural shifts related to how people with learning disabilities are regarded and treated. “We haven’t had to change what we’re doing,” says Archdeacon, “but people are waking up to the fact that they like it. The world is waking up to how talented these people are, and how much they bring. It had to wake up. Now things are going to move pretty fast.”

Corali isn’t, of course, Britain’s sole learning disabled dance company. How competitive or co-operative is it between them? “Company identities are distinct enough for there to be peer dialogue,” Archdeacon explains, “and geographically the main ones are far enough apart for there to be no immediate funding conflict.”

There is, however, an internal challenge Corali must contend with thanks to how effectively it blurs the lines between art forms and formats including performances presented in theatres, museums or galleries, urban environments or village halls; conducting company-led workshops and research; and making site-specific work and films. (One of the latter is Dancing To Art, a recently-shot online short that casts a spotlight on the embodied response of four Corali dancers to particular pieces of visual art at Tate Britain.)

“We don’t sit so neatly in dance,” says Archdeacon. “Our competitors who do, can occupy that space. The space we occupy is more experimental.” It follows, then, that Corali’s roving creative impulses necessitate patience, persistence and the cultivation of strong and abiding connections. According to Archdeacon, “Intelligent programmers are the key. It takes quite a lot of effort – conversations, dialogue, relationships – built over time to achieve shared endeavours and understandings.”

Among Corali’s impending plans is the development of two new performance works, which will be ready for programming seasons in autumn 2020 and spring 2021. One is Excellent Together. devised in partnership with the dance-cabaret duo ‘Thick & Tight’, this is a trio of creative exchanges between one Corali artist and one acclaimed dance professional each. The other is a family show prompted by the success of Technicolour Everyday, a production seen in London and on a rural tour in 2019. The new work will likely merge visual arts, live music, dance and storytelling, as is Corali’s wont. Both performance works will come with a package of educational and audience engagement opportunities.

In the longer term Archdeacons wishes for Corali’s future are, no surprise, clear-sighted and direct: “I hope we’re recognised and respected for the art that we make, and the artistry of our dancers. But I want us to have a higher profile, building on our audiences and continuing to be recognised for our contribution to the arts and dance sectors. I also want continued financial security so that it’s not a struggle for us to get gigs, explore new ideas or collaborate with other artists, filmmakers, dancers and musicians. I hope we continue to get the support we need in order to do this well.” 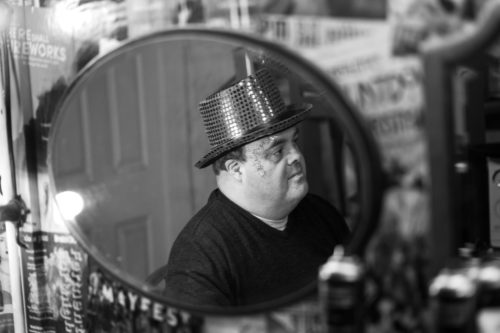 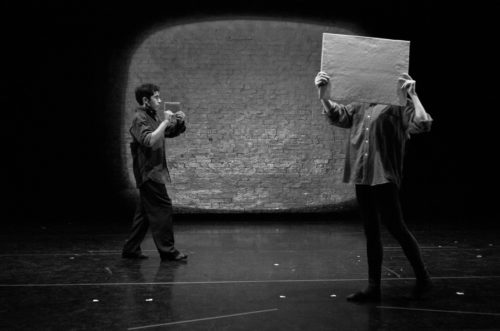 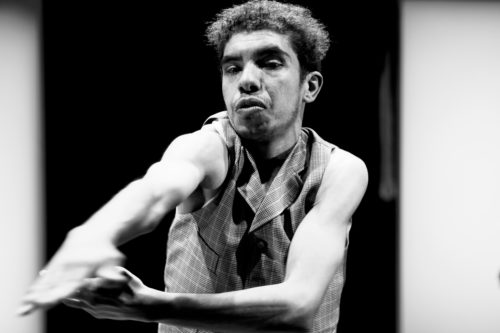 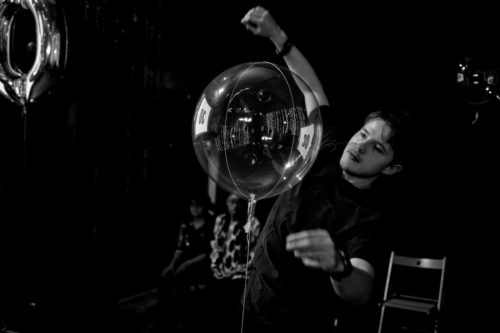 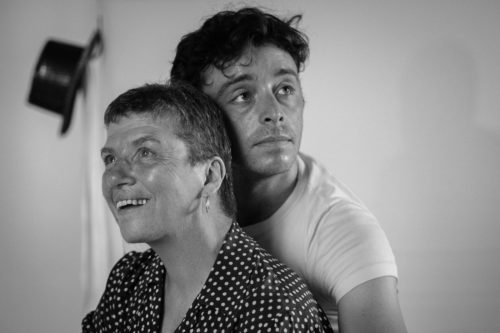 This year Corali has been celebrating a milestone, reflecting on a wonderful 30 years of inclusive arts practice and performance! View Corali’s ‘inspiring for 30 years’ quotes campaign here and share in the joy of this ambitious and creative company. As part of this initiative Donald Hutera met up with a few company members in late November of 2019 in order to get their side of the Corali story. What follows is a sampling of some of their replies:

DH: What does it take to be a member of Corali?
Housni (DJ )Hassan (joined 2011): ‘Be yourself but don’t be like, “I’m the boss.” If you bring good energy into the room and care for everyone else, it moves us forwards.’

Paul Davidson (joined 2015): ‘Be really joyful. It’s about collaborating and working together towards performances, learning and professional development.’

DH: Why do you want to perform?
Paul: ‘I feel alive and confident in performance mode. I’m trying to engage the audience and tell them a story. It’s a feeling of freedom.’

Jackie: ‘To show people that I’m a dancer. A lot of people don’t know who I am. They might say, “Who’s that lady onstage? She’s so good and glamorous and beautiful…”’

DJ: ‘It’s about who you are and what you bring to it. When the stage lights hit me I’m someone else. It’s transformative. People will see that and say, “I wish I was like you.” And in this group it’s the variety and mix of what we hold together. It’s about being the best we can be.’

DH: What else should people know about Corali?
Jackie: ‘We learn how to be professional, and we welcome people in.’
Paul: ‘It’s not about being famous.’
DJ: ‘We’re very independent. We produce our own work, and we all discuss or give ideas about what we want to perform. We promote creativity. We break down barriers. We’re very inclusive. We invite everybody to understand.’