Culture Access’s celebrations for UK Disability History Month and the International Day of Disabled People on 3 December took place in Woolwich on Saturday 30th November. With a bevvy of performance and arts workshops on offer, Alison Wilde and Richard Downes sent a joint reflections on the event and the importance of spaces where the disability community can come together. 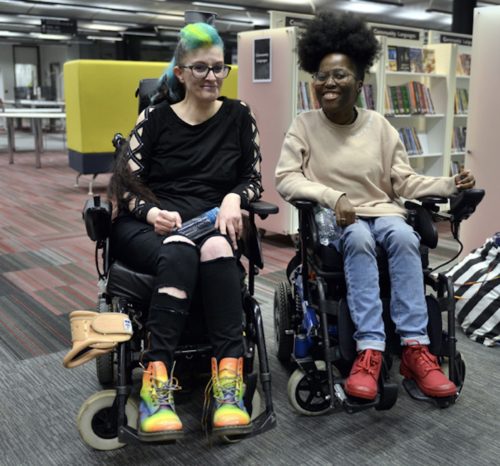 Alison Wilde participated in Dennis Queen’s and Miss Jacqui’s music workshop, before attending the evening celebration as an audience member. Richard Downes performed at the evening event, a set which was developed one the basis of his associations with people and place, and the inspiration he had gained through these interactions, emphasising the privilege he felt at being involved in both our history and future. As Richard states, Culture Access’s event ticked all these boxes, and more, for both of us.

Alison Wilde: With apologies for the lack of coverage of the video and drama workshops (maybe someone who attended the workshops can add something on this is the comments section?), my experience of the – all too short – session with Dennis Queen and Miss Jacqui, was unique. Despite a (long since passed) training in music/voice, I had never before taken part in a co-produced music session where the music was written with everyone’s involvement. It helped that there were only five of us (and a lot of cameras!), as everyone pitched in. I was as much use as half a scissor, as my body decided to prioritise more urgent needs, so I missed about half the session; nonetheless, when I returned I was included and soon picked up the song which had been written by the group in my absence. We practiced it again, and again, with everyone making adjustments each time we sang it. It felt like we were just getting into the swing of it when we were told we really HAD to leave the building. It was frustrating that I don’t think we were quite there yet when we left!

Fast-forward three hours and the group (minus me) performed the song (as a work in progress) at the closing of the evening event… it brought a tear to my eye, my daughter loved it, and most of the audience seemed to like it too, despite the lack of rehearsal/amendment opportunities.

Richard Downes: Way back in October I was excited to note Dennis Queen was making another foray into the heart of London for a Culture Access gig. Noted immediately in my diary. Imagine my joy when I was invited to perform too. First off, I was reminded of the importance of the dates we celebrate. Culture Access had been busy linking in with local major venues, recruiting performers, setting up workshops and exhibitions, planning the event and publicising it. Culture Access achieved a great deal, on this on their first outing. Not only did we
enjoy, story-telling, performance arts, poets, songwriter-singing, and film, and vacuuming; Alison notes that there was also a real feeling of community, perhaps fostered, in part, by the interdependency of the earlier workshops.

Naomi Jacobs celebrated her life and struggle for inclusion with a story about Rats, Ships and Super Heroes emphasising the value of stories in enabling neurodiverse people and others to understand a world where we are perceived to be a poor fit. As Naomi recounted, “too much, too loud, too everything” made her believe “the way she loved things” was wrong. But, it became clear that her obsessions were passions and would ultimately guide her through life.

Norman Mine treated the library space to a good ‘hoovering’. Performance Art raises eye brows. Usual responses may be: What was that about, when is it going to start? Without speaking, Norman swept his way around and through the audience. We were quizzical, amused, sniggering, laughing, moving our feet like mum was in the room; some of us found it relaxing. Norman smiled at me when he lifted my book of poems thus releasing my paranoia. We can learn from this. It is so easy to engage.

Sorena Francis kept the performance arts arena live and edgy. A baby cried through speakers for most of her set; there was also disco music. She turned her back on the crying, and continued her everyday life of travelling on public transport, drinking coffee, and so on, while the wailing continues in the background. Wearing a fixed smile, she then translated Dylan’s Homesick Subterranean Blues meme, showing cue cards to the audience before discarding them, forcing to us to engage with cultural beliefs and other statements on Black womanhood. Really powerful stuff.

Women occupied a formidable place at this event. Miss Jacqui, having set her poetry to music, sang soulful rhymes linked to heritage, with hope and emotion, encouraging us to find freedom where we can. She has an EP out; you can buy it here.

I take the floor. Privileged to be amongst long-time friends and activists, inspired by our history to respond to the time we live in with new untried poems, linking in again and making new valued associations.

Next up, Erika Leadbeater appears to roar against the patriarchy for its involvement in global femicide. She reminded us that amongst all our anniversaries today is day 6 of 16 days of UN sponsored activism against gender-based violence. As Alison says, “it is particularly horrifying to consider how this continues”; on an evening where the power and talents of women are writ large, not only were the majority of the performers women, there were other luminaries from our movement; Sue Elsegood was a key member of the music workshop and performance, and Barbara Lisicki was there in the audience. 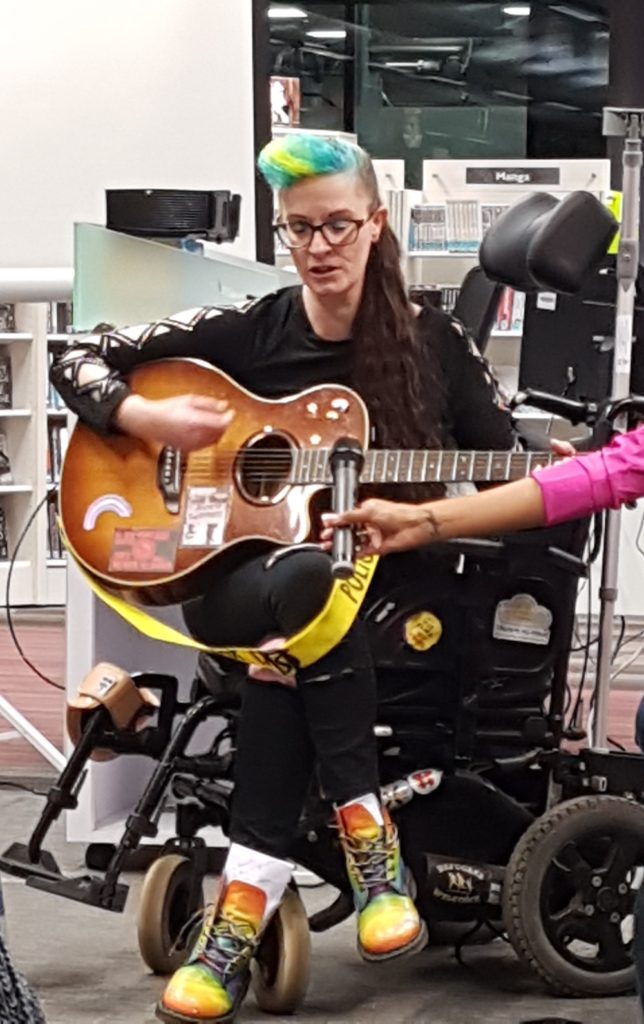 And then there was Dennis Queen, stronger than ever, acknowledging that they have nothing to lose, proudly refusing to bow down, offering only pity to the enemy. A moving song, perhaps, for most of the audience, was the tirade against the government, with lyrics such as ‘Fit for work, means fit to die’.

Chisato Minamimura presented twelve minutes of Scored In Silence, a film covering her Deaf dance performance, based on the experiences of deaf survivors of the atomic bombs that fell on Hiroshima and Nagasaki. The value in recouping a well-known story was clear; and beautifully choreographed if deeply disturbing. The value of untold stories; it was unnerving to discover that one Deaf person described the explosion as beautiful. As upsetting as the film clip was, the audience had many questions and were keen to see the whole film.

A joint summary: The ‘finale’ was the workshop presentation of Stand together, a song which was built on the premise of collective empowerment and liberation, a work-in-progress which aptly relies on the work of those who use their expertise to empower and include us all and to find creative solutions to communicating the hopes and fears which unify us. This process utilized the strengths and experiences of each and every member, surely the key theme of this event.

Whilst future events might benefit from fine-tuning, e.g. in terms of venue (e.g. performance space) this was an enjoyable and much-needed event in these troubling times. The feelings of solidarity and a collective will for change were the most powerful aspects of Culture Access events.

We were reminded of the importance of the dates we celebrate and felt somewhat bereft at how little information we received about what other organisations and boroughs were doing. Culture Access had been busy linking in with local major venues, recruiting performers, setting up workshops and exhibitions, planning the event and publicising it. It can be hard to do and difficult to achieve, but to make it look easy is a skill. Our Disabled Peoples’ Organisations should not be put off. If Culture Access can achieve this on their first outing, why not you? 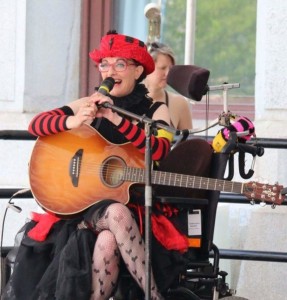 What a wonderful co-produced review! It really captures the feel of the event.

I can’t believe how quickly our workshop went! <3

Thank you for a wonderful day everyone

Love this review! Well done guys! I was thinking about you guys while I was in London at the same time while I was performing at the British Museum. Keep showing the world what we’re really made of.

It was a privilege to be part of the day! – Naomi 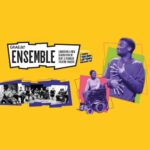 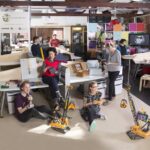 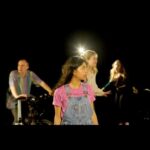 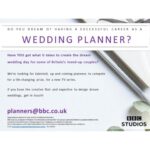 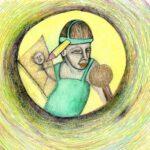 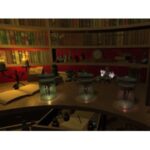 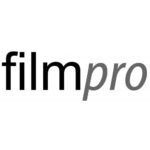 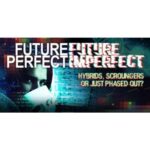