DaDaFest hosted the symposium Disability Art: Past, Present and Possibilities on 22 September as part of the Bluecoat’s 300th anniversary celebrations. The event explored a variety of aspects including the history and impact of DaDaFest, how disabled people are viewed by society, and the way in which Disability Arts has progressed and continues to evolve. Review by Steph Niciu. The symposium began with a message from the Lord Mayor, Malcolm Kennedy, who opened the event officially. “Liverpool as a city takes Disability Rights as an important matter. DaDaFest is an valued organisation to the city”, he said. Indeed, DaDaFest has brought Disability Arts into a wider cultural conversation since its first festival in 2001. It has a rich history and this was discussed in the first part of the event along with a panel that included Pam Thomas, Ann Whitehurst and Karen Desborough-Burke.

The symposium began with a look at the history of Disability Arts and the move to establish organisations led by disabled people, especially in the arts. John McGrath, now artistic director of the Manchester International Festival, set up Arts Integrated Merseyside in 1984 along with Mandy Colleran, which empowered disabled people and provided opportunities to showcase work.

AIM then became North West Disability Arts Forum and then DaDaFest following the success of an International Disability Day in the city.

During discussions with the panel, we looked at how disabled people are viewed by society, predominately as people with little agency or power over their own lives, defined by medical conditions and limitations. Over time attitudes towards disabled people have changed considerably but there is still a long way to go. The social model is still something that people tend to shy away from using because they don’t fully understand it.

Pam Thomas, who is now the first Inclusiveness City and Access Cabinet Member for the city, made the point that only the powerful get to tell their history, and that disabled people have not been viewed as being powerful. In the past, Disability Arts has not only been significant socially, working towards improving our rights, but has helped disabled people make important political statements.

In 1994 the Bluecoat exhibited On the Map – a major exhibition that included a board game made by Ann Whitehurst that highlighted the lack of access in Liverpool. The success of the exhibition and influence of Ann’s art, led directly to the Bluecoat becoming properly accessible in 2008. Whitehurst’s piece strived to make people more aware of disabled peoples’ exclusion from contributing to the city’s cultural scene and her exhibit was taken to other organisations as a way of moving forward debate about the issue of accessibility. Since 2001 DaDaFest has gone from strength to strength. One of its core elements is the way that the organisation supports young people through Young DaDaFest. The ‘present’ section of the symposium offered an insight into the way that DaDaFest helps the younger generation to make their mark in the world of Disability Arts.

Jordan Connerty works as a volunteer at DaDaFest and has contributed to various Young DaDaFest events in the past as well as the Everyman’s YEP company. He has been involved with the organisation since 2012 and it is with its help that Jordan has been able to realise his ambitions as an actor performing most recently in a production of Romeo and Juliet.

Tammy Reynolds, a producer for DaDaFest’s Rookies Programme, mentioned that before she started working at DaDaFest she didn’t know anything about Disability Arts. Ultimately, being part of DaDaFest has helped her discover and define what this means to her. She said: “It is very important to develop disabled talent, but not every person wants to be a disability artist.”

Disability arts has definitely helped to empower disabled people. But being a disabled person doesn’t mean that you have to produce work about disability. The discussion went on to consider the lack of representation of disabled people in mainstream media and Tammy said that for her it is about “giving people more validation of what they want to say and how they want to say it”.

These young people on the panel stressed how Disability Arts is not only about empowerment and getting people’s voices heard, but it is about enabling people to have choice and freedom when it comes to their work. And it is even more important to make sure that the artist’s work is authentic and truthful to them. ‘Possibilities’ section Brian Lobel and Ruth Gould in front of an image of Julie McNamara. Photo by Rachel Rogers

Lastly, Brian Lobel from Sick Of The Fringe led the ‘possibilities’ section and talked about expanding the social model to include aspects such as race, gender and status. He stressed the importance of being an inspiration outside the disability community. The audience were then asked a series of questions, which included ‘Where would we like to see DaDaFest in years to come?’ and ‘What do we still need in Disability Arts?’

The audience agreed that it was important to make DaDaFest more visible in mainstream media and improve accessibility through digital means e.g. more live streaming, and that the organisation needs to bring new and younger artists into their programme. And that ultimately Disability Arts has to continue to empower. The risk that Disability Arts takes is that it can lead to the disabled person feeling defined by their disability rather than their art.

Overall, the symposium gave us a real insight into DaDaFest and Disability Arts. We discussed a variety of different issues important to both disabled people and the arts. DaDaFest and organisations like it are vital to the development and progression of Disability Arts in its endeavour to empower disabled people with the freedom to express themselves artistically and to forge careers in the arts. 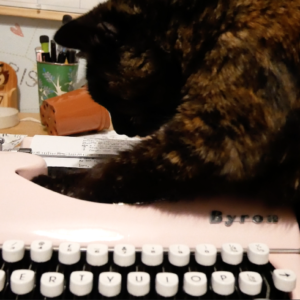 I don’t know if you ever do that thing where you convince yourself you’ve invented a brilliant piece of theory and then remember that it already exists and you’ve actually read loads of books about it? Like you’re on the bus and you think ‘You know what? The means of production should totally be in ... 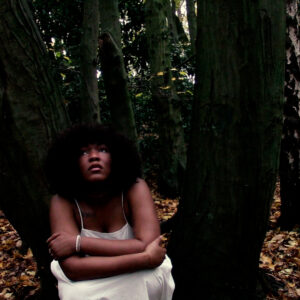 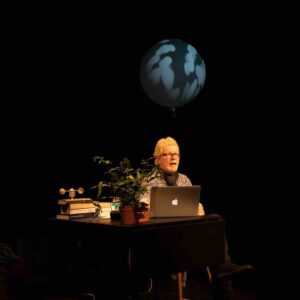