Introduced by DaDaFest’s resident poet Roger Cliffe-Thompson, the poetry of Young DaDaFest poets rang out alongside Allan Sutherland reading a selection from Proud and the award-winning Owen Lowery with his multi-media presentation of Otherwise Unchanged. Review by Deborah Caulfield.

The first half of this event included poems by local disabled people… ‘I come to say what poets must…’  brought together by Unsung, a Liverpool city-wide project celebrating the bicentenary, social actions and legacy of Edward Rushton.

Allan Sutherland’s performance of Proud, a cycle of transcription poems, was the highlight of the evening for me.

One of four sequences from Neglected Voices, a work about disabled people’s experience, Proud is Jennifer Taylor’s life story, taken from her words, transcribed into poetry.

On the page the poem is both powerful and heartbreaking. Sutherland’s performance brings an extra dimension of affirmation and validity, adding to the authenticity of the storyteller’s voice which, somewhat contradictorily, comes through even more strongly in the retelling by another person.

…I want every mother
whose got learning difficulties,
I want every mother to know,
with learning difficulties,
how it feels to take your kids off you,
you know, be strong,
don’t think about it too much,
keep living your life to the full.
If you’re going to get upset,
don’t try, try to not think about it too much
and just carry on leading your life really
That’s what I did, I’m doing now…

Authenticity was perhaps the theme of the evening and, arguably, the whole point of the Unlimited commissions, of which Owen Lowery’s Otherwise Unchanged is one. This was an overwhelmingly impressive performance of thoughtful poetry that gripped and tugged in all directions. It was impossible to remain unaffected.

Alongside the poetry readings, on a large screen placed centre stage, a specially commissioned film showed images of war, rehabilitation and art, echoing and illustrating the poems with rather too much exactitude for me, personally. In contrast to Lowery’s almost statuesque presence, the film was an incredibly busy, multi-textured montage including hand-drawn drawn animation, World War One footage, abstract shapes and lines, still photographs, and paintings.

And there was music. A battle of the senses was, I’m sure, an unintended consequence, but at some point I needed to close my eyes to hear the words. Something had to give.Yet for many people the film and soundtrack provided depth and richness to the performance as a whole.

Placed centre stage right, his wife Jayne at his side assisting, Lowery read selections from his acclaimed first collection Otherwise Unchanged published by Carcanet in 2012.

Lowery’s poetry reflects his interests that are many and varied, including art and sport. Content ranges from the global to the personal, military to literary, visual to musical.

Unlike ‘Morning Call’, some of the poems are not so comfortable, or as easily understood. For example, Lowery has a fascination for the nightmarish paintings of Paula Rego, which present contemporary re-imaginings drawn from fairytale and folklore.

Carefully crafted, meticulous yet uncluttered and understated, Lowery’s is poetry that touches. These are words that have a hard time leaving the reader unchanged.

Inspired, informed and influenced by Primo Levy, Paula Rego and the war poets Keith Douglas and Edward Thomas, to name but a few, these poems need to be read again and again. They deserve silence!

I need to concentrate.

—
Jennifer Taylor was co-author of a book published by ?People First Lambeth and Shaping Our Lives Network called We Are Not Stupid 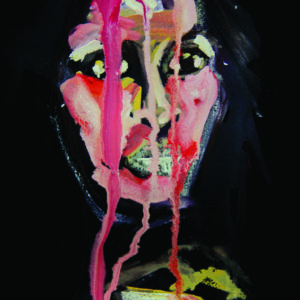 Fragility, survival and hope are the driving themes behind Al Noor - Fragile Vision, a thought-provoking exhibition produced by Rachel Gadsden in collaboration with artists from the Middle East as part of DaDaFest 2014 at the Bluecoat, Liverpool. Review by Jade French. This intricate body of work explores society's openness about impairment with an aim to ... 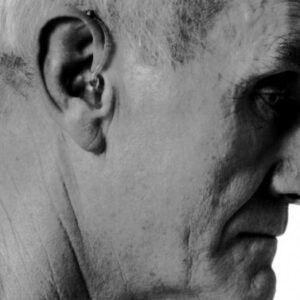 Writer/theatre-maker and installation-artist Sheila Hill received an Unlimited research and development award to work with actor Tim Barlow to create Him. The resulting film was shown at DaDaFest 2014 as part of a session titled Unlimited: the Artists Voice. Review by Liz Porter. Him is a short black and white film featuring actor Tim Barlow: an ... 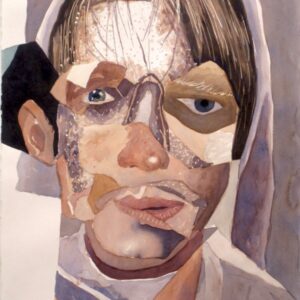 The DaDaFest Congress explored arts as a tool for social change, providing examples of creativity and artistic excellence from countries and cultures across the world. Review by Deborah Caulfield All the speakers contributed positively to the event. The following made the strongest impression on me. Christopher Smit teaches media studies at Calvin College, Iowa USA. He is the ...