As we approach the 75th Anniversary of the Hiroshima and Nagasaki Bombing in 2020, pioneering Deaf dancer/choreographer Chisato Minamimura launches a solo digital performance, Scored in Silence, about the deaf survivors of the A-Bombs. Here she talks to DAO about the development of the project. 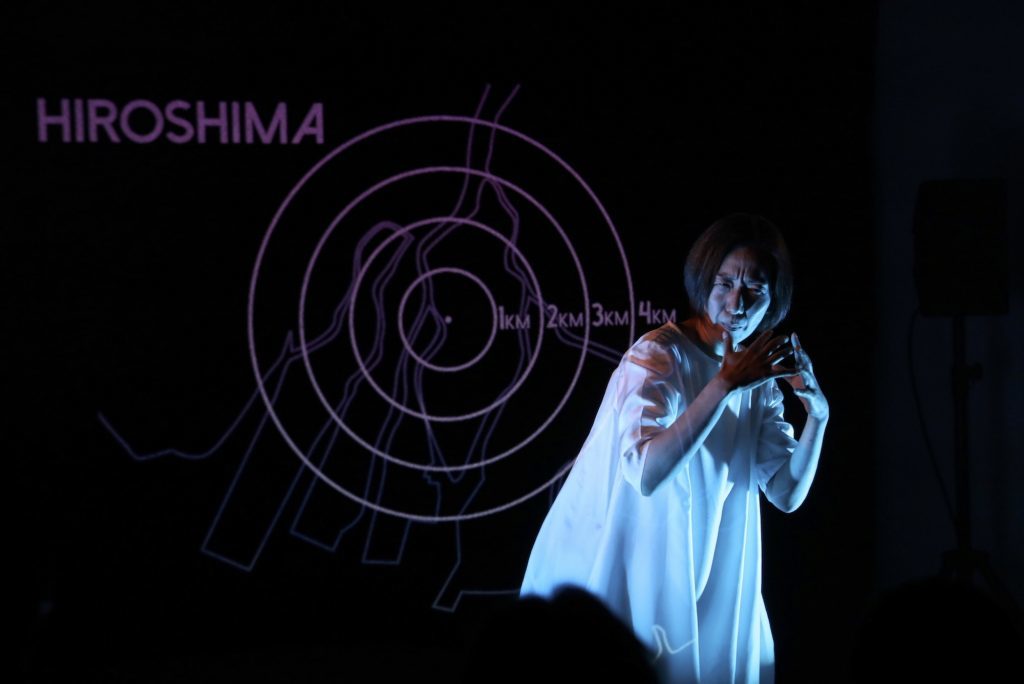 “Scored in Silence went through an initial research phase last year. It has developed in a very powerful way with more rhythm and beauty, more sign-mime sequences and a blend between the visual and the sound composition. Oh and my producer Sarah Pickthall has been working with Willie Elliott to design an Audio Description for the production, which is great!”

Access is at the heart of the project. As a production that tells Deaf stories it was important that Scored in Silence use innovative technology to reach a range of deaf and hearing impaired people. Developed alongside partners VibraFusionLab in Ontario, Canada, the piece incorporates vibrotactility Woojer© straps, which allow up to 40 audience members wearing them to feel the haunting soundscape and vibrational composition.

The synthesis of sound, vibration, and 3D projected animation on to Hologuaze© creates the illusion of Chisato floating as she performs sign mimes, creating a unique and intimate show that sensitively portrays the deaf perspective of this catastrophe.

“In Canada people were surprised how Deaf led Scored in Silence is, it’s the premise of the work. It is important to show D/deaf and disabled people at the helm of creation. Sharing D/deaf histories is also so important, many people do not know these stories because of language barriers.”

“My aspiration is that Scored in Silence stirs the soul and becomes a treasured archive in the library of people’s minds. I have also been concerned with pushing my own practice; considering what Deaf-led means when we want to communicate with deaf and hearing, Japanese and English. Scored in Silence attempts to weave a range of perspectives into the work that remain respectful of peoples’ differences. We all  feel things differently as human beings, so it’s an ongoing conversation.”

At its heart Scored in Silence tells the untold experiences of the deaf hibakusha – survivors of the A-Bombs that fell in Hiroshima and Nagasaki in 1945. Chisato worked directly with several individual survivors who’ve kept in touch with the development of the work through social media and the website.

“I’ve continually heard people express surprise that this aspect of Deaf history had not been told before – especially with regard to the discrimination deaf people faced in Japan at the time. The deaf hibakusha are naturally intrigued and want to come to see the production in the UK but they are elderly and so it is very hard for them to travel. Ideally I would love to show it for them in Japan at a future date.” 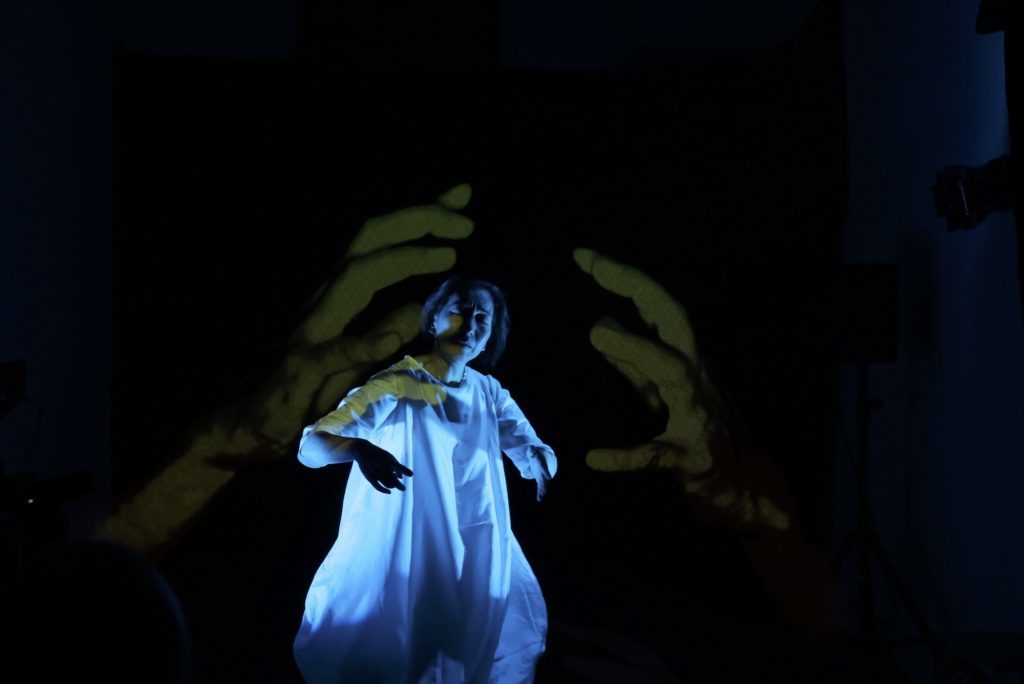 The Edinburgh performances will premiere the new audio description for blind and visually impaired audiences, while a film version of the show will play at Ditchling Museum and Watershed.