VAULT Festival is London’s biggest annual arts festival, serving up entertainment in theatre, comedy, cabaret, music, immersive experiences, late night parties and more. This January to March VAULT will host its most diverse festival yet. With nineteen disability-led shows in their programme, Natasha Sutton Williams caught up with six theatre companies to find out the inspiration behind their shows.

SPLINTERED
Written and directed by Emily Aboud, SPLINTERED is a play ‘disguised’ as a cabaret that addresses homophobia in the Caribbean. Utilising drag techniques, lip sync, dance and drama, it’s a mosaic of different stories from queer people in the Caribbean, taken from a series of interviews Aboud conducted in 2019. 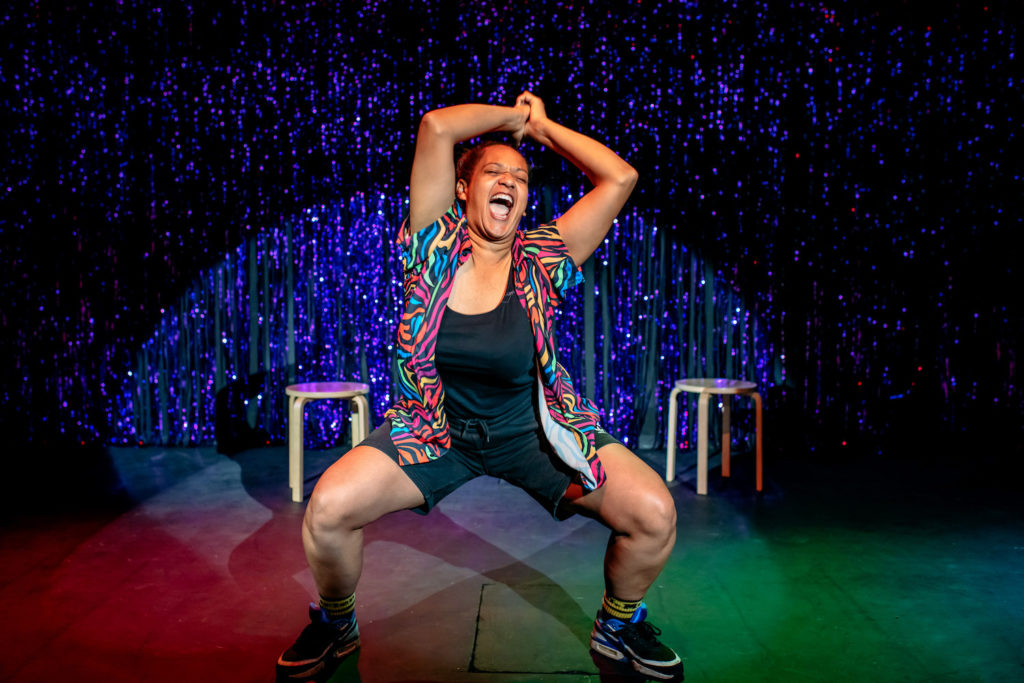 “The show is full of sad truths and joyful lies,” states Aboud. “ Homophobia in the Caribbean is a problem that I find abhorrent. Growing up in Trinidad & Tobago, I couldn’t understand why people were being abused and even killed for expressing love. I wanted to interview queer people, particularly women, to learn about their experiences. I wanted to base the play on the women I’d interviewed but also wanted to make a play that challenged the British ideals of play structures.”

Aboud believes that if art isn’t political, it’s conservative, “As artists, it’s our duty to highlight inequality and critique the world we live in; be it by talking about problems that exist or telling a story that represents people who often don’t get representation onstage. Additionally, the arts should be enjoyable to watch and engage with, so this is where you have to get clever. How do you educate or question a social problem but also keep an audience interested and listening? As someone with Aspergers’ Syndrome, I often (perhaps selfishly) consider the experience of an audience member. It’s really just a case of making sure that the experience is enjoyed by the most amount of people.” 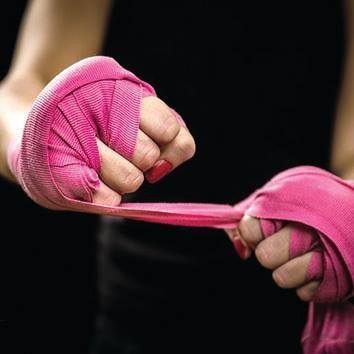 Blow: A Deaf Girl’s Fight
Part play, part musical, part immersive experience, Blow: A Deaf Girl’s Fight is about Hannah, an 18-year-old Deaf girl living in the 1980’s who tries to join Dennison’s boxing gym. The boxers shun her because of her disability, until trainer Bradley takes her under his wing. The piece follows Hannah’s journey from outcast to championship contender.

“Actor Lauren Cornellius and I were going for a production meeting, and she had front row seats for a WWE wrestling event at the O2, so we held it there,” says co-writer Jack Silver. “ In between kicks, punches, and slam-dunks, I discussed the idea of writing a show. Looking around at the 20,000 people being entertained I had a brain wave that the show might include wrestling. One of the things that was interesting and upsetting me was the way d/Deaf and disabled people are portrayed in films and on stage. The two ideas combined and Blow, a play about boxing and disability, was born.”

Deaf co-writer Libby Welsh is no stranger to the barriers placed upon disabled people by ableism, “There are so many things I can’t go and see out there simply because they’re not accessible. When I was a teenager, my friends would go to the movies and I’d be left out because if the local cinema had any subtitles showing they’d be for a film we didn’t want to see and often around midnight. It’s isolating. I’ve made it my mission to make the shows I’m creating accessible. This kind of representation is rare. I’m not talking about just seeing someone like you on stage, I’m talking about everyday things that are inherent when you’re disabled, like feedback from hearing aids, and the everlasting pain that is the lack of access on public transport. Jack and I have found nice little moments in the play to express these issues. It’s actually quite cathartic and infinitely more entertaining.” 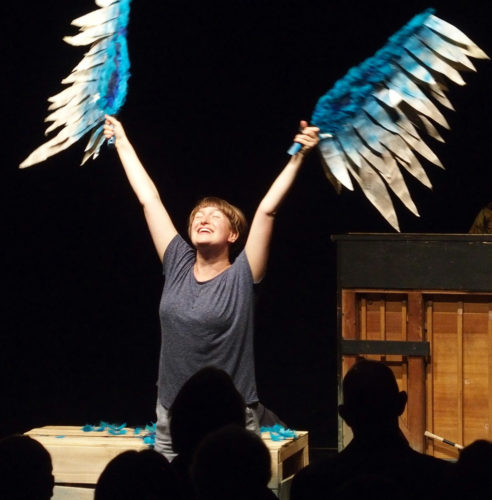 Icarus
Actor musician theatre company The Wild and the Innocent write original scores for their shows and are fascinated by the intricacies of how a story can be told without words. Their latest show Icarus is a reworking of the Greek myth of Icarus and Daedalus. They have changed the characters of Icarus and his father Daedalus to a mother and daughter duo. The mother Dayla is an inventor and her astute daughter Ika has a brilliant imagination. Unfortunately they become incarcerated and have to work out how to escape.

Dayla and Ika are Deaf and the show creatively integrates BSL. “Co-founder Joey Hickman and I originally discussed using a second language in the piece that was spoken by the oppressive powers Ika didn’t understand. This fell into place as a storytelling device and opened up the possibility for Ika and Dayla to have their own language,” says co-founder Elliott Rennie. “The show questions how we let young people spread their wings, and whether we try to tell stories on their behalf or keep them in their place. The show has a wider resonance surrounding migration. The myths have so much weird content because the Gods are always interfering, so we have tried to incorporate that. It’s also a family show that’s silly, full of songs, puppetry and flying!” 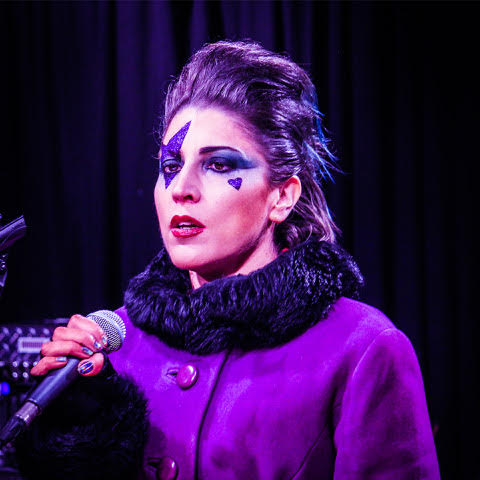 Tinted
Written by Amy Bethan Evans, Tinted is a disabled response to the #MeToo movement. This one-woman play is the first to be produced Scripped Up, a new theatre company that champions D/deaf, disabled and neurodivergent writers. The show follows Laura, a partially sighted woman in her twenties as she unwinds after a day at work where she’s been addressing the micro aggressions she faces daily.

“She comes across her ex-boyfriend’s Facebook status supporting the #MeToo hash tag. It sparks a lot of memories as it occurs to her that her consent was violated in their relationship, but it’s taken her ages to realise this because disabled people are constantly having their consent violated, often by the people who care about them the most,” says writer Evans. “In Tinted, I want to say that this narrative is still missing and there’s a huge intersection still going unexplored. I also wanted to say that disabled people have sex.”

She continues, “Disability arts celebrates disability as an identity rather than a barrier that we need to overcome to get into a non-disabled world. It acknowledges that my experiences are different to ones I’m used to seeing on stage and that I should show people how. I try to bring disabled narratives to big topics.” 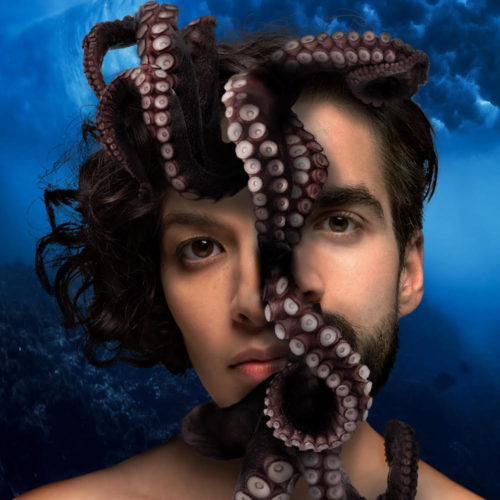 Unbound Productions is an award-winning new writing company that collaborates with writers and devisers to develop serious work that isn’t afraid to laugh at itself. Their latest show Kraken, written by Skot Wilson, is an underwater climate crisis romance involving monsters, relationships on the edge, and a giant squid. The story deep-sea miners Simon and Trixie who dredge up the seabed to harvest the elements required to make products like smart phones and electric cars.

“Through this couple’s relationship, we’re looking at the hypocrisies and obstacles involved in trying to lead an eco-ethical life, and push back against the current convenient trend of placing all responsibility on the individual to change their behaviour to prevent climate change. Big corporations and conglomerates need to be doing the same – and more,” says co-artistic director Rebecca Hill.

Not satisfied with one show on the go, Unbound have been creating Torque, their latest show in development. “Creative accessibility is very much the focus of Torque,” states Hill. “It’s a two-hander between a Deaf man and a hearing woman. BSL, Visual Vernacular and creative captioning is embedded into the play’s language. We’ve been developing the show for a few years now and have invested a huge amount of time and research into ensuring we are being inclusive and accessibility-aware throughout our process and delivery of the play.”

“As a company we practise the craft of oral storytelling, inspired by the Irish tradition of the Seanchaithe,” says actor Georgia Doorley. “In both our shadow-puppet performances and our podcast (Sounds from the Shadows) we investigate folklore by examining the evolution and variations of stories. I can’t speak for all of the Shadow Gals, but I think we are trying to say that one story can be told in so many different ways. The specific narrative we choose informs the emotional tone and impact of a story – whether that is a fairy tale or our own personal story.”

As a disabled artist, Doorley has stated how she finds it challenging to communicate to people how her ADHD impacts upon her day-to-day life, “It’s a widely misrepresented and misunderstood diagnosis. If I haven’t already lost someone at the word ‘ADHD’, then I’ll certainly lose them once I start trying to explain neurotransmitters. Disability arts as a whole offer performers with a diagnosis such as mine the opportunity to share our narratives and engage an audience on a more emotional and empathetic level.”

There are a range of disability-led shows on offer during VAULT including:

ACCESSIBILITY
All venues at The Vaults and Network Theatre are wheelchair accessible.

VAULT offer free Companion/Personal Assistance tickets, so please let them know in advance if you would like to arrange one. You can contact them via email (boxoffice@vaultfestival.com) or on the phone 0208 050 9241 to arrange the companion ticket.

VAULT encourage shows where possible, to present Relaxed, Captioned or Signed performances and Touch Tours. Access performances will be highlighted on their website.

For more information, please see the VAULT webpage on Accessibility. 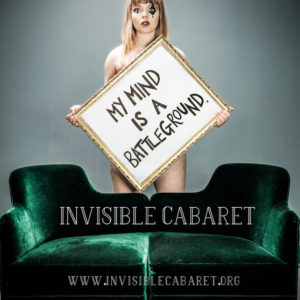 In an interview with Natasha Sutton-Williams, Invisible Cabaret cofounders and performers Rosalind Peters and Rochelle Thomas bear all in their mental health focussed cabaret at VAULT Festival in London. Invisible Cabaret are a burlesque and cabaret troupe that perform vaudeville-style variety shows devoted to raising mental health awareness. Through the mediums of burlesque, comedy, dance and original ... 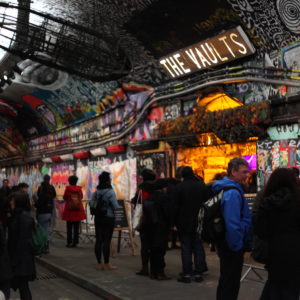 VAULT Festival is back, bringing over 400 shows including theatre, comedy, immersive, experiences, cabaret, live performance and late night events. This is their most diverse festival yet, with 53% female-led work, 25% LGBTQ+ work and 11% disability-led work. Natasha Sutton Williams spoke to the VAULT programming team, and four theatre companies who are leading the ...