Artist and Artistic Director of Together 2012! Dr Ju Gosling aka ju90 considers the state of the UK’s film industry following the revelation that the British Film Institute’s BFI Network Fund had funded no disabled filmmakers in its first year, despite a modest internal target of 7%. 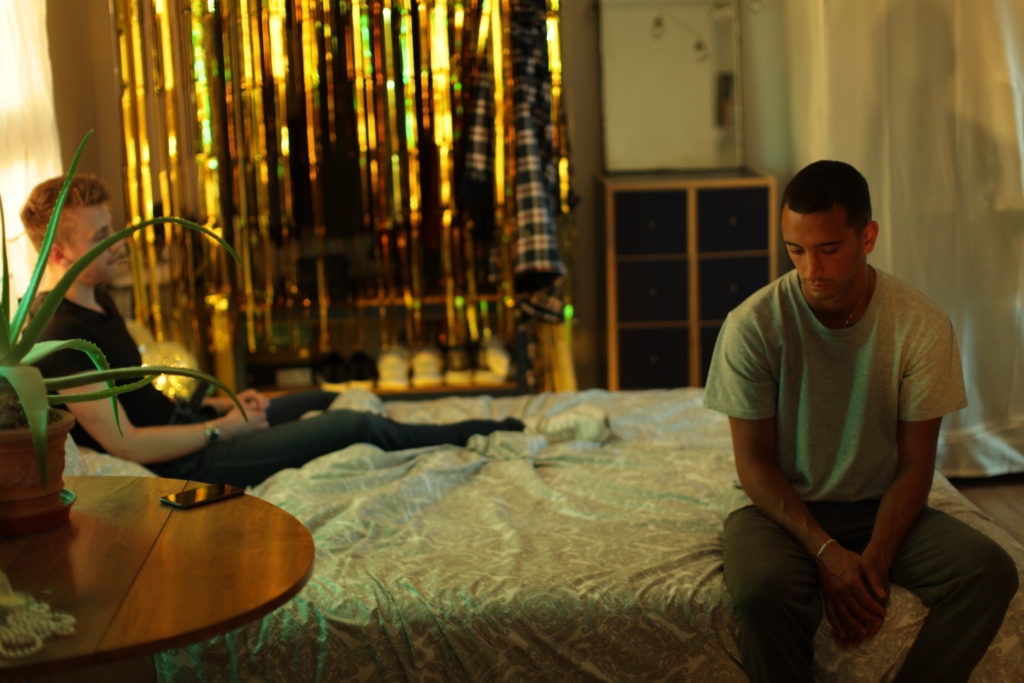 Still from Stuart Quinn’s 4am which featured in the Together! Disability Film Festival 2018

In June the British Film Institute (BFI) revealed that no Disabled filmmakers had received support from their £3m BFI Network Fund for emerging filmmakers, despite an internal target of 7%, and despite 19% of the UK workforce having an impairment. Overall, in 2018-19 just 5% of £12.9m BFI production funding went to Disabled writers, with no funding going to Disabled directors and producers for the second year running. Public sector funding for Disabled filmmakers remains mainly confined to a few specialist funding schemes (mainly channelled through the excellent, Disabled-led 104 Films), and to Arts Council England’s work with artists’ films.

Yet there are now more Disabled filmmakers than ever. This is partly thanks to university courses that enable young Disabled people to learn production skills without needing industry contacts, as well as the above-mentioned specialist schemes. Austerity, too, has played a role, with a benefits system that discourages mid-career professionals from stopping work when they develop impairments. The democratization of filmmaking via camera-phones and increasingly affordable high-definition cameras also means that no one needs access to education or employment before beginning filmmaking.

Each year, an increasingly wide range of films of ever-higher quality are submitted to the annual Together! Disability Film Festival (6-8 December 2019). The majority of these films are by Disabled filmmakers, and/or feature Disabled performers. Yet the only film submitted in seven years with mainstream BFI funding was by a non-disabled filmmaker, starring a non-disabled actor, telling a tale of unrelieved misery in order to ‘educate people about disability’. Unlike films by Disabled filmmakers, this film was promoted internationally by the British Council.

Playing a Disabled character is still the closest a non-disabled actor can get to guaranteeing an Oscar nomination, but success is dependent on the continued invisibility of Disabled people. When films starring Disabled and non-disabled people are screened alongside each other, as happens at the Together! Disability Film Festival, the lack of authenticity in ‘cripping up’ is exposed, and it is no more possible to suspend disbelief than with cross-gender or cross-racial acting. There are cases where a filmmaker has little choice — try casting a Disabled actor in an Indian coming-out story about a woman with cerebral palsy, or in a Korean story about a female martial arts expert with autism — but even then, the lack of authenticity is apparent.

It is not difficult to locate Disabled filmmakers and follow their progress, which the BFI states they are keen to do prior to awarding funding. Every year, links to all available online versions or trailers of the selected films go live on the first day of the Together! Disability Film Festival, and these remain available online afterwards. In December 2018, the Festival even hosted a speaker from the BFI to talk specifically about the Network fund, but still no Disabled filmmaker applied successfully.

Instead, barriers remain at every level. In the last few months, young filmmakers have talked to me about being driven around by their parents to make their graduation films, isolated from their peers because their access needs weren’t met by their university; about sitting at home alone after graduation because they cannot access support to take up unpaid work experience; and about not being offered work experience because no-one will recognise their abilities. 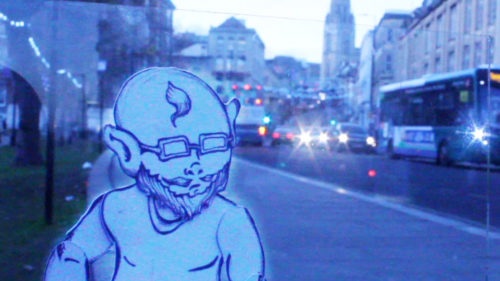 Outsider by Tom McCarthaigh which featured in the Together! Disability Film Festival 2018

There is also an ongoing failure to organise inclusive industry events. One mid-career producer who attended the funding session at the Together! 2018 Disability Film Festival said it was the first industry event she’d attended which had amplification and an induction loop, and therefore the first time she’d ever been able to hear properly. Lack of parking, lack of genuinely accessible toilets and lack of BSL interpretation are just three of the other barriers identified by Disabled filmmakers to attending industry events.

More broadly, the BFI fails to recognise the increased costs of filmmaking when Disabled people are involved. If the BFI funds a film, then as with Arts Council funding, the costs of an interpreter or a support worker can be included. However, additional costs can go far beyond this. Disabled filmmakers and actors may require longer rehearsal times and shorter shooting days, which can add as much as 30% to the budget. At the same time, films starring a Disabled actor may never be offered a festival screening, let alone cinematic distribution, and at best may be seen only on the small screen as a download or via Netflix. Only 7% of UK films made between 2003-10 made a profit, with the lower budget films doing particularly poorly, so no wonder the mainstream is wary of including Disabled talent.

A £1m Diversity Fund, such as the one launched by the BFI on 2 November 2015 with a commitment to “recognise and acknowledge the quality and value of difference”, could have made a considerable impact. However, this fund quietly closed less than a year later without accounting for the expenditure and has never been relaunched. Even the BFI’s remaining diversity work is not truly diverse — as many as one in three of the LGBTQI+ community is Disabled, yet each year the lived experiences of Disabled LGBTQI+ people are almost entirely absent from representation in the films selected for the BFI Flare Film Festival.

If BFI funders seem entirely uninterested in the Disability community, Disabled people’s perspectives, and the talents of Disabled filmmakers and actors, what action can we take ourselves? Last December, the Together! Disability Film Festival launched the ‘D system’. This is based on Bath Film Festival’s ‘F System’, which aims to highlight women in film and has now been adopted by over 40 international festivals. We award one D for a Disabled person taking the lead (for example, as a producer or director), one D for a Disabled person generating the content (for example, as the scriptwriter), and one D for the subject matter being about disability or lead character(s) being Disabled. The more we can do to promote the D system, the more visible the talents of Disabled people — and their absence — will become.

For details of how to submit a film to the Together! 2019 Disability Film Festival see here.

Ju Gosling provided the following postscript supporting her argument that access costs for disabled filmmakers and actors can add as much as 30% to a films’ budget following social media comment that her quote was unsubstantiated.

1. Longer rehearsal times due to

– all of these issues may also impact on production and post-production times.

2. Shorter working days due to

3. Longer comfort breaks due to

Rather than pretending these barriers don’t exist, we should be raising awareness and demanding that the costs are met under the Equality Act 2010 and the UN Convention on the Rights of Persons with Disabilities.

Excellent article. Made me realise that things are even worse than I thought and why generating work seems so hopeless at the moment. I thought it was just me the BFI and Film Cymru never got back to and just me they expect to work for nothing all the time. But it seems I’m in excellent company. I’m proud that my film Four Saints Perform an Access Audit that was screened at last year’s Together! Festival could easily have been titled a Fistful of Ds as all aspects of the production were carried out by disabled people and the content… Read more »