As part of their Connect & Collaborate London programme, Drake Music awarded four new musical commissions to disabled musicians at the end of last year. The pieces were premiered at DMResonate, billed as a bold, electric and eclectic evening of new music. Drake Music spoke to one of the artists, composer, Lucy Hale about her commission, inspiration and the live event. 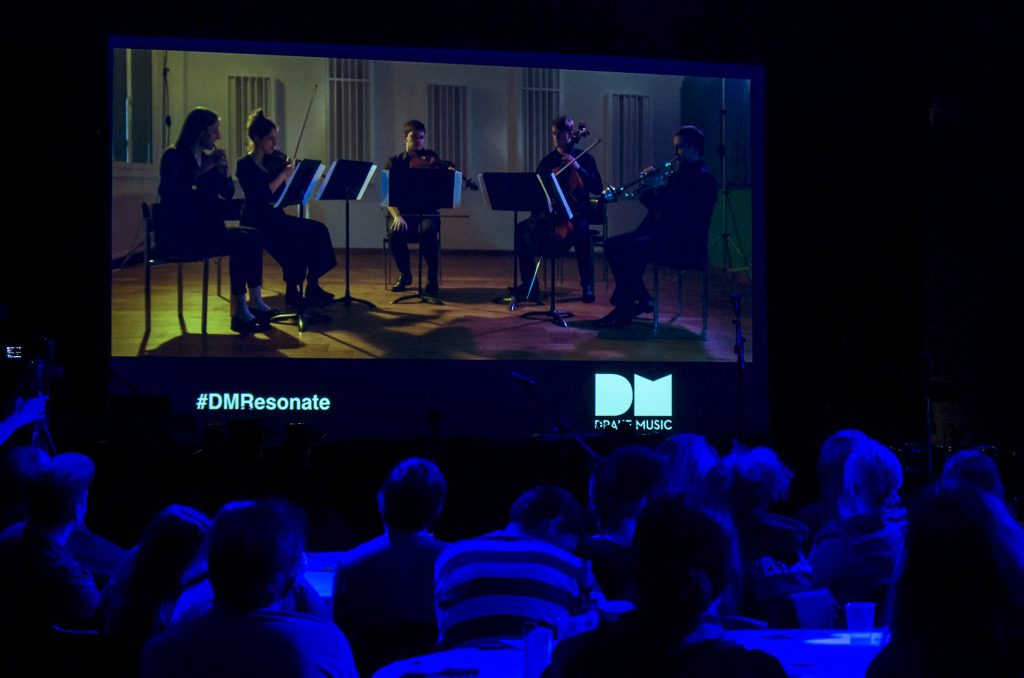 Lucy Hale is a composer currently studying for a degree at the Royal Northern College of Music. Her compositions have been played in public concerts in London and Manchester. She has also written music for dance and film and has had works recorded by Juice Vocal Ensemble and members of the Royal Philharmonic Orchestra.

“I used the W B Yeats poem To a Child Dancing in the Wind as a sort of ‘springboard’ for my piece, just because I came across it whilst looking for a way to start and its themes really resonated with me. However, I never wanted the music to slavishly follow the poem, so if there were times when I felt the music demanded a departure from the text, I went with what I felt the music ‘wanted’.”

Like many of the musicians Drake works with, Hale uses technology to help realise her music, in a way that compliments but does not dictate her working process.

“I composed the piece using Sibelius software. As this is quite widely used by non-disabled as well as disabled musicians. However, lots of the non-disabled composers I know prefer to write scores by hand and play things through on instruments. They then only use notation software for producing neat copies of scores and parts, whereas my disability dictates that I have to do everything using notation software.

I found the poem I used as a springboard first, then selected the instruments I was going to use with that poem in mind. I then developed a rough plan of the structure of the piece, the roles of the different instruments and the sound world I was trying to create before I started work on it. I tried to imagine the music in my head as much as possible, rather than relying on Sibelius’ playback feature, because the playback is unrealistic and is also incapable of producing some of the techniques I wanted.”

Hale found that the biggest challenges were with the form, rather than putting the piece into practice:

“It’s been a while since I’ve written anything as short as this piece, so trying to come up with something that felt complete within a three-minute timeframe was probably the most challenging aspect of the work.” 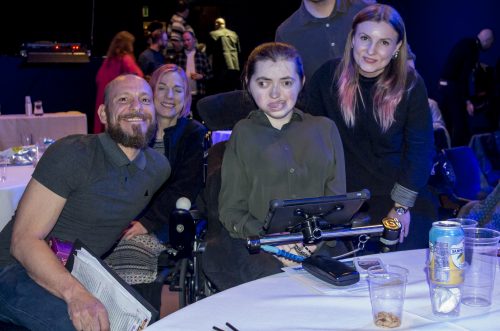 Hale’s piece appeared alongside the other three commissioned works at special event at the Institute for Contemporary Arts (ICA) in London on 17 March 2017. She enthusiastically recalls the event:

“I enjoyed the Resonate event so much! The music was fantastic and it was really great to see work by other disabled musicians. I also really enjoyed the relaxed atmosphere – more concerts should be like that.

I got some really lovely comments from other performers and audience members after my performance, both at the end of the event and on social media over the following few days. I also got good comments and some really helpful feedback which I will carry forward into other projects from the performers of my piece during the rehearsal and filming sessions.

The violinist who performed in my piece took my email address with a view to possibly collaborating again, and I’ve been told that somebody from the London Symphony Orchestra has asked to be put in touch with me as well (to which I’ve said yes). I’ve also been sent a direct message on twitter by a member of DM Collaborate about the possibility of working together in the future.”

So, what does the future hold for this promising composer?

“I’m finishing my degree in July and hoping to begin a Masters in September. I get performances through university and I’ll keep looking for commissions and other opportunities but I don’t have any more specific plans than that at the moment.”

With Drake Music securing National Portfolio Organisation status from 2018-22 it will be building on the foundations set by DM Resonate with a new programme of work. Emergent: A Music Legacy, is about creative and portfolio career development for emerging and mid-career disabled musicians and sound artists. 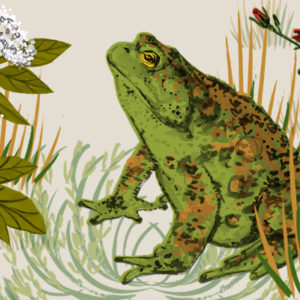 In honour of Disabled composer Lucy Hale who died earlier this year her piece Planted Symphony has been produced as an accessible audio trail. Connecting the listener with themes of health and wellbeing, the power of nature and our duty to protect the natural world, the symphony has been commissioned by Drake Music to be ... 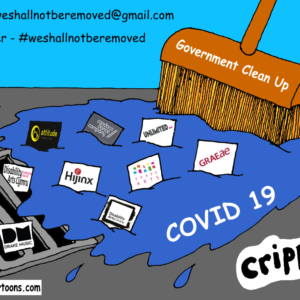 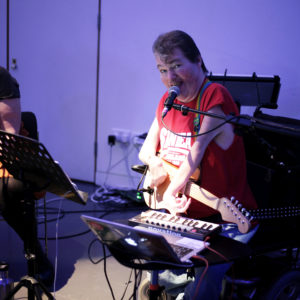 Drake Music, a national charity which breaks down disabling barriers to music, are calling for an end to the justification for practice that excludes, in a new paper written by disabled musician, actor and activist John Kelly. "What is inclusion? Making music is the key!" tackles inclusion in music education and the arts, in an ...