Liverpool- based theatre company Elektric Apple are making their professional debut at Edinburgh Fringe Festival in August with their show Dear Mr Dead Head. Steph Niciu talks to the company about their show and how they want to use it to challenge perceptions of people with learning disabilities. 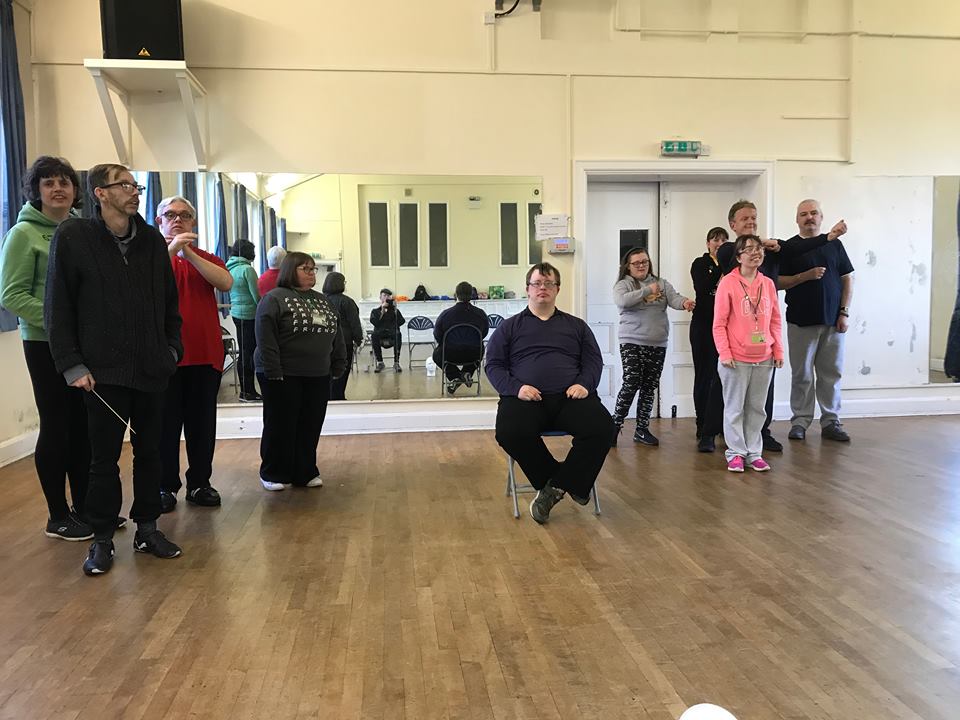 Elektric Apple is a theatre company for people with learning disabilities that was set up in 2013. From deciding on a name (no one quite knows how, but the ‘k’ shows that they are different) and motto (‘We are elektric to watch’) to coming up with ideas for shows, Elektric Apple put their members at the heart of what they create.

The company have recently appeared in productions such as the Gospel Choir Weekend at Merchant Taylor’s School and The Alice Experience at St George’s Hall. In August, the company are making their Edinburgh Fringe Festival debut with their show Dear Mr Dead Head.

Written and directed by Andrew Sinclair, the company’s acting tutor, it tells the story of 10 friends who protest against a man called Kellen Bonner as he believes all people with a disability should be ‘locked away’. But the protest gets out of control and they kill him.

The group cut off Brenner’s head, so the police don’t recognise who the body belongs to. Each member of the group takes the head home and they look after it in turns. During this time, the audience learn about each member and what their lives are like living with a learning disability. 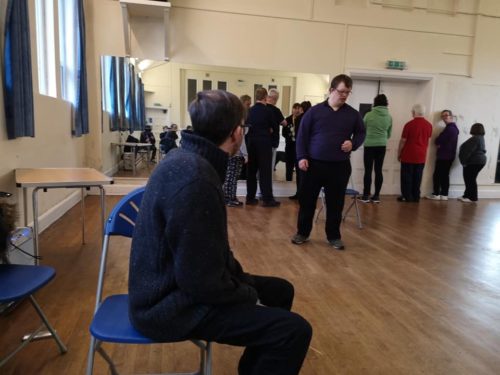 Andrew found success with the show Ability which he wrote for the company in 2018 as part of his MA.  The experiences, worries and concerns of parents and family members of people who have a disability from across Liverpool were put into verbatim monologues. The company used their own life stories to respond to these monologues.

After returning from his holiday that summer, he approached Elektric Apple with an idea for a play he wanted to write about the patronising people that learning-disabled people encounter.

Andrew explains more about how the play came to be.

“I came up with this idea of them being in a day centre because people with learning disabilities are notorious for going to them. Danielle, one of our members, told me this story that despite the fact she’s a woman in her 30s she would come back from the centre with pictures she had drawn, and she said to me: ‘Why do I want to draw pictures?’”

“All of Elektric Apple’s 16 members contributed ideas for Dear Mr Dead Head. For example, Jordan came back with mental health, as people presume it’s part of a person’s learning disability and that is why it sometimes goes undiagnosed. Leanne wanted to explore the theme of loneliness and John and Carl wanted to focus on being gay.”

Andrew was determined that the ensemble should have a rounded repertoire, enhanced by training you’d expect of professional actors. 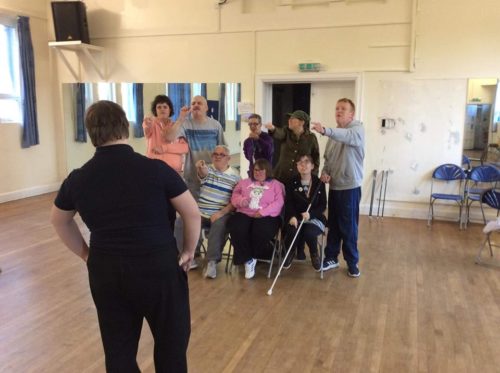 People who train actors with a learning disability often do so in a very narrow way, focussing on a certain practitioner,” observes Andrew. “My aim with this group is to give them this creative freedom and the full actor’s toolkit, so they know how to do it. I teach them what I learnt while I was in drama school: Brecht, Stanislavski, movement, dance and voice. When I read into training for actors who have a learning disability, half of that wasn’t there.”

“It’s not out of rudeness or disrespect, it’s out of lack of research. I think it’s really important to think about how you can adapt these practices and make them accessible for everyone. It’s the basic stagecraft that has been the hardest part of the whole rehearsal process. I think it was the lack of knowledge, but now they know exactly what they are doing.”

Rehearsals for the show are in full swing in preparation for August.

“It’s been really good for me being part of this show,” enthuses John Woods, the show’s assistant director. “It’s become better and better each time we’ve done it. People can see for themselves what we are capable of doing.”

The cast members all use their own names for characters with the exception of Jordan who is also Mr Dead Head. They are enjoying being part of the show and are looking forward to their professional debut.

“I want to do the show because it’s my favourite thing. I’m looking forward to going to Edinburgh Festival because we will be learning new things. We’ll take part together and I think it will help me as an actor,” ponders Danielle Fieldstead.

“I’ve always dreamed of being an actor,” says Jordan Smolka. “I’m looking forward to Edinburgh Festival because I’m doing the sound effects and lighting as well”.

The show has not only given the company an opportunity to develop their acting, design and directing skills, but Elektric Apple are also seeing this as a way for them to challenge perceptions of people with learning disabilities. 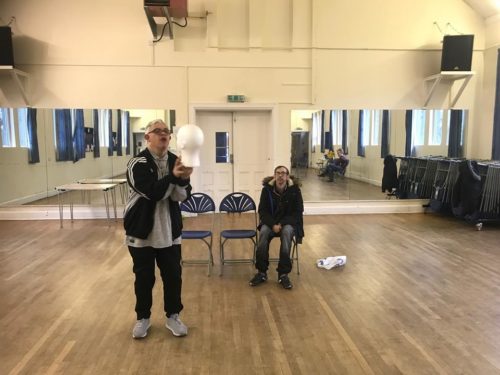 Andrew hopes that the show will have a broader impact and he highlights the importance of bringing disability into the mainstream:

“As an industry, where are the people with disabilities? It is improving but will need disability to become more mainstream. We are going to start a conversation and open more doors. The slogan of the protest in the show is ‘We are here to be heard.’ Elektric Apple are on stage to be heard and the show gives them that opportunity.”

Dear Mr Dead Head will be at Edinburgh Fringe Festival on August 2nd-10th. The company are still looking for sponsors for their show, donate here. Elektric Apple are also previewing at Liverpool Fringe Festival in June.