The blurb for Catching the Ghost read ‘Extant presents one young man’s journey into sight loss and his struggle to reconstruct a life from the ashes of the old’. Immediately from posting on DAO’s FB group there were inklings of criticism of whether this was a story told with an outpouring of medical model language, from a triumph over tragedy perspective.

What we got was an intense descent into the mental health issues − fairly inevitable for any teenager − bullied mercilessly at school by pupils and teachers alike, defenseless as a result of losing their sight.

As one of the many blind people who don’t ‘appear’ blind, Chris intently follows through with tales of the impact of the denial of reality imposed from the outside on blind people. The logic Catching the Ghost seeks to address is the all-pervading ignorance of the sighted world, that if you look like you can see, then you must be able to see.

Denial that impairment exists and insistence on an imminent cure is a non-disabled society’s first attack. On that level, Catching the Ghost charts how blind people are disabled by ignorance, mirroring the kinds of exposition of non-disabled stupidity that disability arts knows well.

However, this hour-long piece of personal storytelling plots the kinds of territory disability arts has traditionally, ideologically steered away from. Mental health issues and disability go hand in hand. There is a thin line between portraying oneself as a victim and describing the realities of internal conflict that are part and parcel of living in a disabling world.

Campion attempts to walk that line as he delves deeper and deeper into the workings of internal struggle − grappling with the ghost of his double (played adeptly by Steve George) − the young man who didn’t go blind, who didn’t feel the weight of society’s rejection of his sight loss as a piece of fraud. At its climax the ghost turns on the blind man with another version of his personal truth.

At times Campion’s lack of experience as an actor was distracting and aspects of setting up the character of the ghost were confusing, but again the subtlety of the script and the sheer determination of Catching the Ghost to reveal an unflinching and piercing honesty makes this a promising debut.

The biggest strength was in Campion’s songwriting and musicianship, which could easily have played a bigger part in the play. “Let yourself be changed” is the mantra of the opening song − a powerful refrain that sets the tone for the story that unfolds compelling us to think about our own lives and the things we can do to change ourselves for the better.

Campion had set himself the task of baring his soul and telling an incredibly difficult story, forcing us to look at the devastating impact that a sudden life transition can have on an young individual, having to find their own way to a reconciliation with sight loss. Catching the Ghost is a tale of resilience and of the will to push through isolating layers of destructive narrative out in the world, to find a lasting resolution. 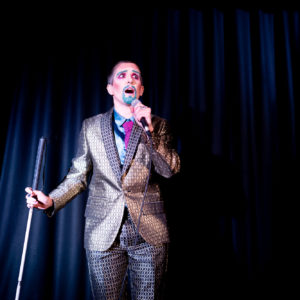 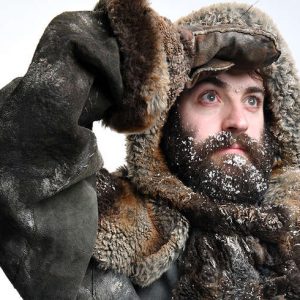 Produced by Extant in association with the Small Beer Brew Co. Tom Skelton and Douglas Walker previewed their two respective shows Blind Eye Spy and Of Christmas Past at the South London brewery on 17th July prior to taking on the Edinburgh Fringe. Review by Stephen Portlock Two very different takes on what it is to ... 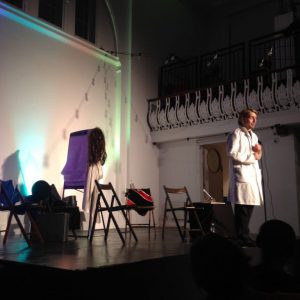