Ad Infinitum trace the oppression and ignorance faced by the Deaf community to one pivotal point in history – the 1880 Milan Conference – in their new devised show Extraordinary Wall o̶f̶ ̶S̶i̶l̶e̶n̶c̶e̶. In an interview with DAO the cast of three Deaf actors and one hearing actor tell their own stories of connection with the impact of the historical ban on the use of sign language in schools. 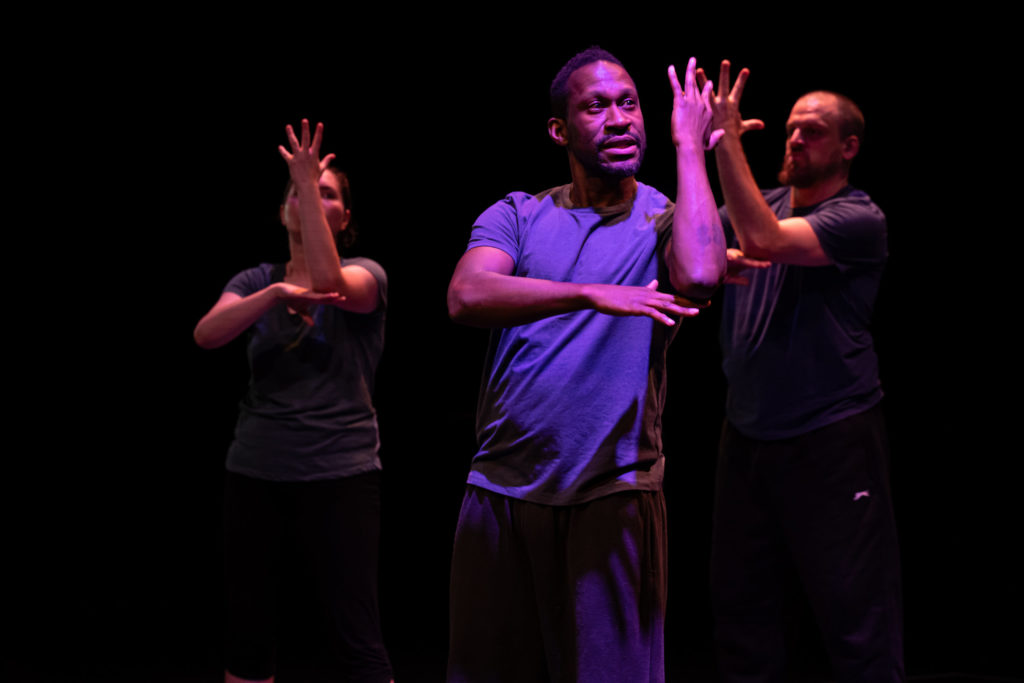 Extraordinary Wall o̶f̶ ̶S̶i̶l̶e̶n̶c̶e̶ will show at Bristol Old Vic from 5 to 19 October before touring the UK. The three inter-linking stories of the piece are drawn from real-life testimonies from deaf people throughout the UK. These stories are intended to give audiences an insight into Deaf culture, language and history that challenge and examine more profoundly societal perspectives on Deaf people.

In 1880, The Milan Conference passed eight resolutions on Deaf education, and banned the use of sign language in schools all over the world. The conference declared that an oral education (Oralism) was superior to manual (signed) education, and put Deaf children through an abusive regime of speech therapy to make them speak, ‘hear’ and lip read. The decision prevailed for over a century despite decades of poor results.

Deaf actor Moira Anne McAuslan first found out about the 1818 Milan conference about 10 or 15 years ago on TV: “I can’t remember if it was on the BSL zone or See Hear, but I was furious. I’d grown up signing but I understood that other people maybe hadn’t had that opportunity. They were forced to lipread and weren’t given those options and I see that it has definitely affected the lives a lot of friends who went through the oral system and had no signing until after they left school at 16.”

Deaf actor David David Ellington went through the oral system of deaf education and wasn’t allowed to sign: “So for year years I struggled to try to lip-read the teachers, to see what they were saying. It affected my level of English and so I was sent to speech therapy where we’d go through the same things again and again. Well this wasn’t just me, it was the whole of the Deaf community. A lot of Deaf school leavers would leave school with the reading age of maybe an 8 or 9-year-old. And that’s because of that system.”

The stories of Deaf people who went through the oral system have largely gone undocumented as sign languages don’t exist in written form, and access to video was, until recently, not widespread. Extraordinary Wall o̶f̶ ̶S̶i̶l̶e̶n̶c̶e̶ will share these stories in a bilingual performance in British Sign Language and English, using them as a starting point to explore in-depth a culture under threat from fear, prejudice and ignorance.

David Ellington continues: “In total we collated 40 hours worth of filmed interviewed with deaf people about their life experiences. We discussed it as a group and talked about specific stories. Some of it is awful, some of it is very sad. We wanted to show what had happened to people because this has gone on for so many years and years. People have lived through it in silence without the opportunity to tell anybody. People have been raped and abused. There were many, many negative experiences that people hadn’t told anybody else. For example, there were revelations when stories about Roman Catholic priests abusing children came out, but there were similar revelations about teachers in deaf school abusing children. And really what we wanted to show were common events that came up alongside one-off stories as well.”

Talking further about the devising process actor Deborah Pugh added: “As with all Ad Infinitum pieces, a huge chunk of the work in the devising process is finding the theatrical language specific to the piece. We had BSL and English available in the room but also wanted to find a physical language to bring the world of each story to life. We took on challenges like how to physicalise the personal experience of tinnitus and stage the Milan conference on an otherwise empty stage”. 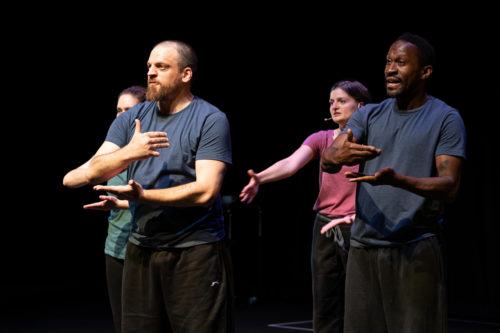 Ad Infinitum will once again be collaborating with Deaf actor Matthew Gurney, who starred in their show Light. “The Milan Conference had a huge impact on D/deaf people’s lives and communities; Deaf adults leaving school were left without power, authority and little ability to communicate in either English or sign language. Since the Milan Conference a slow but steady rebellion has been rising, which has gone unnoticed in worldwide and national media. We want to battle the ‘silent voices’ who continue to push for the Oralist method, and refuse to acknowledge us, and to fight for our D/deaf human rights in all areas of life.”

Alongside the production Ad Infinitum are hosting two lectures; ‘Understanding Deaf Culture: Deafhood’ with Dr Paddy Ladd in Bristol and Manchester. Dr Paddy Ladd’s book was a key catalyst for the piece, as a groundbreaking academic record, by a Deaf writer, of Deaf oppression throughout history and a call for allies. Ad Infinitum are also facilitating Deaf Awareness training and performance workshops led by Deaf performers Matty Gurney and David Ellington. These encounters between the Deaf community and the hearing majority aim to raise awareness of and develop an understanding of Deaf Culture, language and history.