With kind permission from the arts blog and magazine Deviation Street – we reproduce a review by Den Brown of Jon Savage’s biography of Joy Division frontman Ian Curtis: ‘This Searing Light, the Sun and Everything Else’ (Faber 2019) and ‘So This Is Permanence – Joy Division Lyrics and Notebooks’ edited by Deborah Curtis & Jon Savage (Faber 2014) 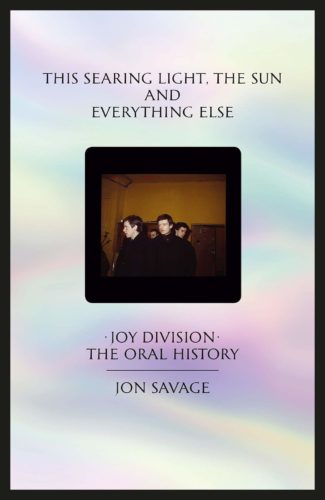 This searing light, the sun and everything else, bu Jon Savage, published by Faber (2019)

Hey, looks like its anniversary time again. Take your pick – the moon landings, an assassination or two, the Manson murders, the Woodstock festival, my A-levels… after a while it all starts to blur, these little landmarks scratched in the paintwork of time…

But for once there’s an anniversary that really means something – the 40th anniversary of Joy Division’s “Unknown Pleasures”. It’s one of the clichés of 60’s music that everyone who bought a copy of the first Velvet Underground album went on to form a group, and I don’t think it’s an exaggeration to put ‘Unknown Pleasures’ in the same bracket for the 80’s and beyond. As Factory Records mastermind Tony Wilson admitted, “I still don’t know where Joy Division came from”. I remember dutifully listening to John Peel that winter and being blown away by music which seemed to have arrived fully formed and bursting with depth and power. Listening to their earlier work – as punk thrashers Warsaw – obscures the picture even more.

The story’s been told before in print and film, but never as well as this. Jon Savage does a great job in piecing together how the album came about, the places and people involved and considers it in the wider context of the time. Drawing on 30 years’ worth of interviews and other media, it makes for a fascinating tapestry. In a nice touch, the book is dedicated to the late Tony Wilson, whose belief and encouragement saw the tentative punky noise of Warsaw blossom into the glacial beauty of Joy Division. I’m glad too that Jon Savage restricts the book to the time of the group’s existence, and ends with the tragic death of Ian Curtis. It would be tempting to hint at the forthcoming rise of New Order, the Factory label’s era of success and later fall, the Hacienda saga, or any hints of the mega success that was to come New Order’s way, but of course none of that was known in 1980 and the book works much better for that.

It makes a change to see Tony Wilson given due credit at last. Sure, he can be an easy target for people who don’t understand him or the basic vision behind Factory records.  No contracts, split the dough 50/50 and complete artistic freedom. It’s good too to see Martin Hannett get some serious credit as well. He’s too often dismissed as a wiped out drug casualty on the fringe of things, but his sonic vision and knowledge of how to effectively turn the studio into another instrument were essential in taking the group beyond the typical first album idea of “let’s do the live set” to a total transformation of their sound. It’s amusing to see certain members of the group – who’d previously slagged off Hannett’s work on the album – doing some rapid verbal hopscotch to say how brilliant it is now! 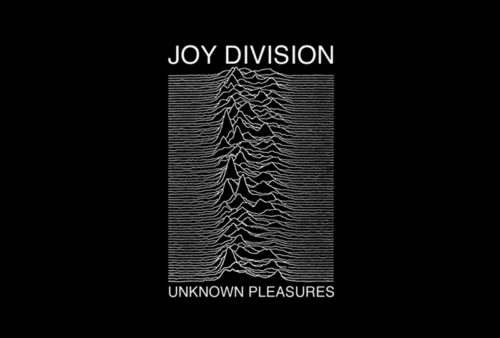 Jon Savage has spoken to nearly all the key protagonists over the years, although some group members are more forthcoming than others. Contributions from the original Factory team are particularly interesting, especially those involving visual artist/designer Peter Savile. Some meticulous research has gone into all this – as well as editing and assembling the quotes – and it pays off in uncovering one mind-blowing fact about Ian Curtis’ affair with Annik Honore (Spoiler Alert – don’t worry, I’m not saying what) which I’d never heard before, and casts a strange light on the final phase of Joy Division. As always there are some interesting disparities and views from the interviewees.

One of the most disturbing aspects of the book is the lack of understanding or awareness about Curtis’ epilepsy. Some members of the group seemed to be in denial or preferred not to face an inconvenient obstacle to their progress, while others are clearly upset now at their lack of empathy at the time.  The overall feeling is one of confusion, hardly surprising given how young they all were and the constant conflicting demands of the group’s accelerating success. Equally, I hadn’t realised how crude and limited epilepsy treatment was then – basically heavy doses of “liquid cosh” sedatives like Largactyl, and unrealistic advice about getting more early nights.

The comments of his widow, Deborah Curtis, are sad and thought provoking, and provide a fascinating insight to the pre-Joy Division Ian Curtis, taking us beyond the context of his role in the group.

Incidentally, Jon Savage also collaborated with Deborah Curtis in 2014 to produce another really impressive book, “So This Is Permanence”, a collection of Ian Curtis’ lyrics and other writings. The handwritten reproductions are fascinating – for once this is a collection of rock lyrics that actually works on paper, separate from the music. The lyrics are also printed in plain text on the facing page.

Don’t be put off by the coffee table size and format of the book, it’s needed to do justice to the reproductions from notebooks, fliers, fanzines, book covers and so on. It’s always interesting to see the creative process at work. “First draft – best draft” might sound cool, but it’s rarely true. Nearly all art takes a while to develop, and that process is often a whole lot more interesting than the actual end product.

Getting back to “This Searing Light”, the lack of illustrations is disappointing. There are some b/w photos scattered through the text, but nowhere near enough. This is particularly disappointing given Factory’s strong visual imagery, sense of identity and style in its use of graphics. There are a few b/w photos and some Factory fliers buried in the text, and that’s it. What makes this harder to understand is that the publishers have gone to some trouble (and expense presumably) of giving the book a very attractive reflective silver cover. But in some ways it’s symptomatic of the group’s story all along, elusive as ever, visual images gradually fading or lost. There’s a surprising lack of contemporary film of them in action, so sad in view of the intensity we see in existing clips.

Jon Savage “This Searing Light, the Sun and Everything Else – Joy Division, the Oral History” (Faber 2019)

Deviation Street is a ramshackle out of kilter blog and magazine edited by Brian Gibson – a hybrid mix of words and images that covers a range of creative pathways. For more information go to https://deviationstreetmagazine.com