On 28 June, New Diorama Theatre presented Freeman, a Strictly Arts Theatre production, as part of the INCOMING Festival 2019. As part of Alexandrina Hemsley’s guest editorship, we commissioned this review by Sonali Shah. 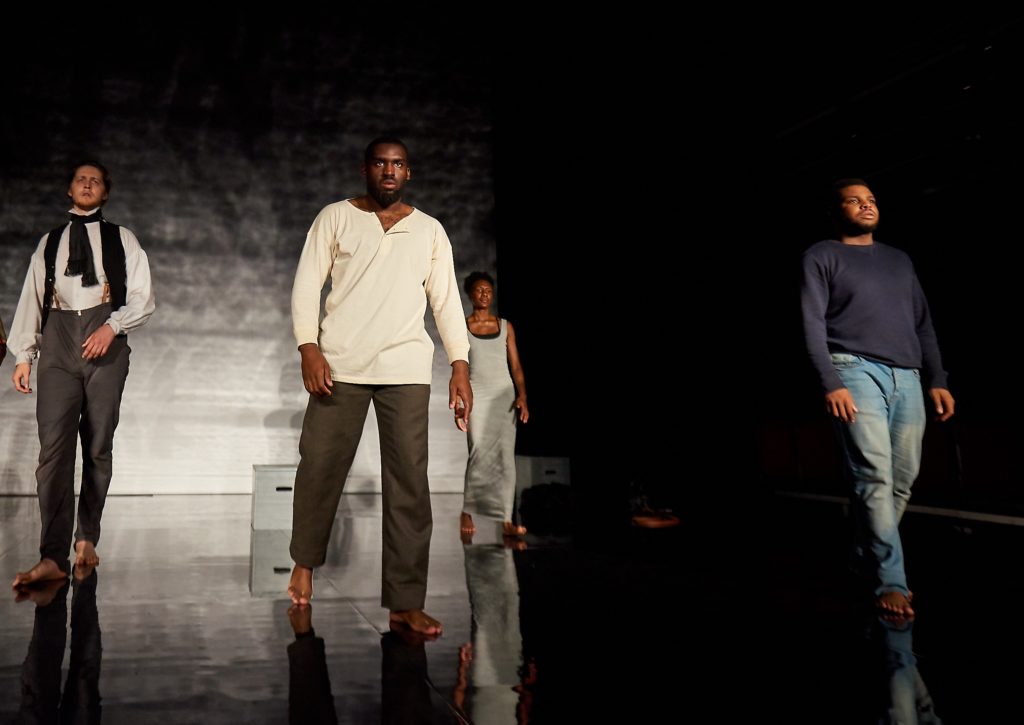 Through harrowingly powerful performances from five actors, this fast-paced gripping one-act play leaves no room for distraction as it presents interwoven tales of systematic racism, false accusations and wrongful convictions in the lives of five black people over historical time and Western continents.

This passionate production, directed by Daniele Sanderson and written in collaboration with Camilla Whitehill and Strictly Arts, was initially inspired by the story of William Freeman: a black teenager wrongfully accused of stealing a horse in the 1800s, violated and damaged (physically and mentally) and wrongfully sentenced to death, despite expert testimony and the highly acclaimed defence lawyer evidencing that he suffered from insanity caused by brutal beatings in prison.

Such racial profiling and deliberate injustice is not yesterday’s news as Corey Campbell (actor and Artistic Director of Strictly Arts) has personally discovered over the years. It is part of the general societal fabric in which black lives are woven. Fear and abuse is part of everyday reality. As quoted by Sandra Bland (Kimisha Lewis), arrested for arguing with a traffic cop in 2015 “In America your risk your life every time you get behind the wheel of a car”. 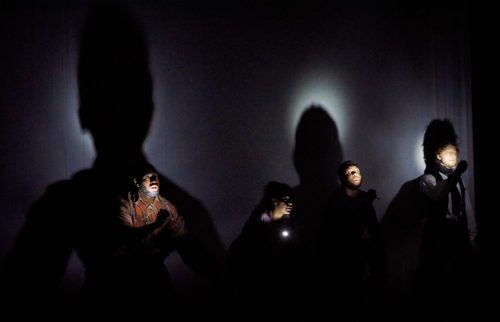 With minimal staging, ample space was left for actors’ bodies to twist and turn, bend and stretch, connect and disconnect fluidly through time and different spaces. Together they become the horse in Freeman’s story; the car in Bland’s story, occasionally injecting moments of comedy into the otherwise tense hour.

Through an interplay of dance, song, a Dylan Thomas poem, spiritual rhythm, spoken word, as well as silhouetted puppetry and hard-hitting statistics on a back-projected screen, we are transported to the worlds of 6 victims between 1843 to 2016. In these worlds, black skin colour makes you “the kind of person they don’t want to believe”, both in terms of innocence and the need for mental health services.

It is institutional racism within the criminal justice system which considered the white-skinned Scot Daniel M’Naghten “too bonkers to lock up”, yet William Freeman was falsely accused and left to die in a cell. Why was Sandra Bland (who was found hanged in a jail cell in Waller County, Texas) locked up for a minor traffic incident and for defending her rights in 2015? Why was Sarah Reed not treated for her mental health episodes after her baby died, but allowed to hang herself in Holloway Prison in 2016?

As the shouting is, at last, turned down and the stage dims into blackness, the intensity loosens its grip on the audience, leaving us shaking in silence and free to let the big questions about racism creep back into our minds. Black Lives Matter but have times really changed? For many living in marginalised communities the choices that dictate where people can and can’t live are framed by racist assumptions. Strictly Arts production Freeman shows the deliberately obscured prejudice and injustice that we – as the audience – might too easily forget from a position of living in multi-racial cities with people in intersectional relationships, studying and working and travelling under the same roof. Let us bring injustice out into the open. Let us never forget the lives lost daily. Let us stand in solidarity against prejudice.

Freeman has come to the end of a UK tour. Strictly Arts new production Not Black and White goes to Pleasance Courtyard theatre in the Edinburgh Fringe Festival from 31 July – 26 August