Autumn 2019 brings a revival of Winsome Pinnock’s  2005 play, One Under, touring to Ipswich, Leeds, Newcastle, Liverpool, Birmingham, Salisbury and London. Directed by Amit Sharma, and produced in association with Graeae this one-act play explores the complexity and interdependence of human relationships and the impact they have on the making or unmaking of human lives. Sonali Shah saw the show at Leicester Curve 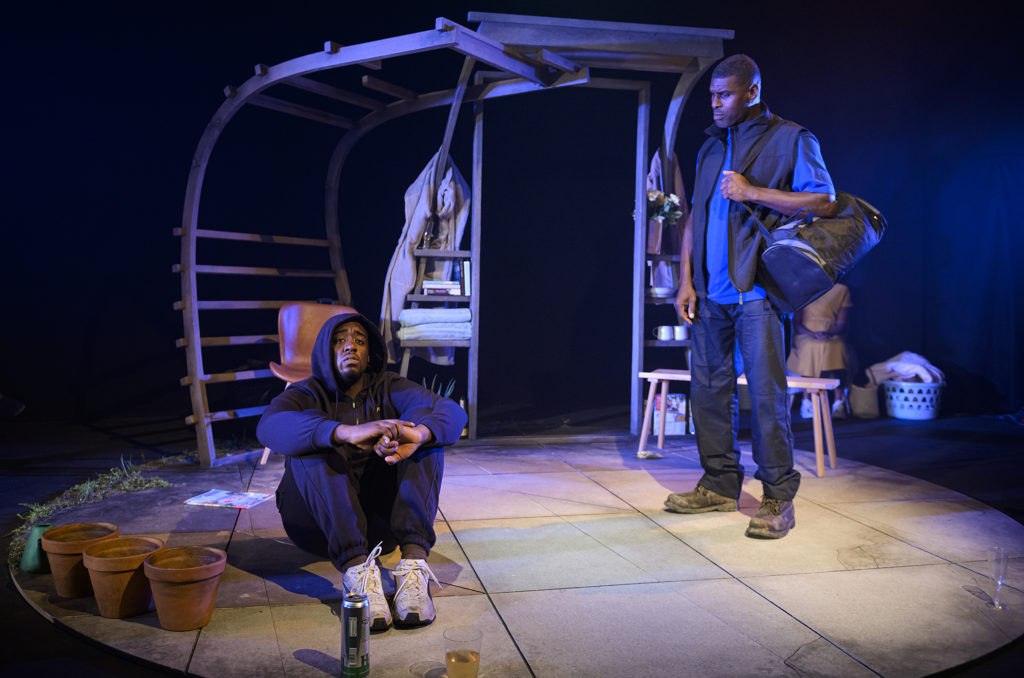 Graeae Theatre Company. ONE UNDER by Winsome Pinnock.
Directed by Amit Sharma. Photo by Patrick Baldwin

In true Graeae style, captioning and audio description is cleverly embedded into the production, enhancing it no end. Not only does it make the show accessible to D/deaf audience members, but it improves the overall clarity of the narrative with its frequent time shifts and flashbacks.

The 95 minute psychological drama shows how a single tragic event can unravel multiple secrets, connect together the lives of five strangers and question the meaning of “coincidence”. Through the performances of a very intersectional cast of five (cut from the original six), intertwined storylines and shifting time frames, Sharma and Pinnock bring the dark and challenging realities of suicide, mental health, resentment and guilt to the stage. 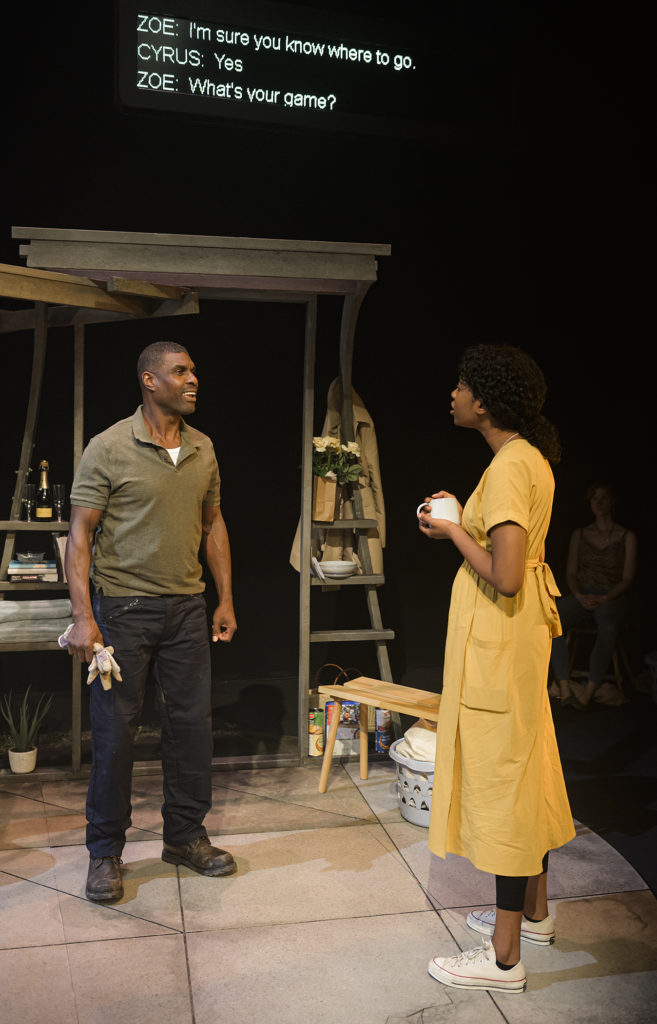 Graeae Theatre Company. ONE UNDER by Winsome Pinnock. Photo by Patrick Baldwin

When Sonny (Reece Pantry) decides to cut his life short by throwing himself onto tube tracks in front of a moving train, he obviously was not considering the consequences. Or was he? Was his final wave to engine driver, Cyrus (Stanley J Browne) a sign to the biological father who he had never met? Whatever it was, the event changed Cyrus’ life as he knew it – ending his career as a train driver, and the economic and social standing it brought. It also had significant impact on his mental health, causing adverse trauma, played out as an obsession to search for and piece together clues to understand why Sonny did it.

Was it anything to do with the break up with his lover, Christine (Claire Louise English) – the older white woman who worked in the launderette and made him “…feel like the most normal person in the world”, even when he told her he was being chased by gangsters and was carrying 100s of pounds cash in his back pocket. While his mental health issues are not hidden from her, she did  not seem phased by them. Maybe because she understood how messy life can be….Or were Sonny’s troubles related to family entanglements – his bitter, gratingly whiny adopted sister Zoe (Evelyn Oyedokun) or his grieving devoted foster mother Nella (Shenagh Govan) who found great solace in Cyrus’ detective work.

While One Under has the potential to be emotionally deep and affecting, the dramatic climate was struggling due to some unconvincing performances and lack of depth in the characters’ back stories. This said, Stanley J Browne gave a very strong performance as the traumatised engine driver who developed obsessive behaviours searching for a resolution. Without a sound track though, even 95 minutes seemed to go on for a little too long.

One Under, commissioned by Ramps on the Moon, is touring from October to December the year. Catch the show in Ipswich, Leeds, Newcastle, Liverpool, Birmingham, Salisbury and London. Go to https://graeae.org for details