Together! 2012 CIC is led by locally based disabled artists, and is creating a Paralympic cultural Legacy in East London by making the main Host Borough of Newham into an international centre of excellence for Disability Arts. In June 2017, Arts Council England announced that Together! 2012 CIC will become part of its National Portfolio from April 2018 onwards. DAO talks to Artistic Director Ju Gosling about the roots of the organisation and its mission to turn Newham into a go-to place for the arts in London. We’re an artist-led organisation, and as a result we’re a Community Interest Company rather than a charity. In general, creating work for Disabled artists is important to us: we’re a social enterprise. We do, though, have Non-Executive Directors from the business and arts world to advise us, together with a Community Advisory Board which has a wide range of representation.

We are underpinned both by Article 30 of the UN Convention on the Rights of Persons with Disabilities (UNCRPD), and by the personal philosophy of the late activist and poet David Morris. Article 30 gives Disabled people the right to access the arts on an equal basis, as artists, arts workers and audience members, and to be resourced to organise and participate in our own cultural activities. David Morris founded the Liberty Festival in his role as the Mayor of London’s Disability Adviser, and was seconded to London 2012 as the Inclusion lead before his sudden death in 2010. David moved to Limehouse when he started work at London 2012, and due to a discrimination row with the lettings agency, found that he had a large enough sitting room and balcony to entertain fellow wheelchair users, which is rare. He therefore launched a series of gatherings, bringing together Disabled and non-disabled people, children and animals to share food and drink, sing, read poems or watch his film-poems in progress. David called these ‘Red Jesus’ events after the statue on the top of the church opposite his flat. In addition to recognising that Disabled people often have very little opportunity to socialise together, David believed that mid-career, emerging and aspiring artists could all learn from each other, not least by sharing our skills. That is fundamental to our philosophy, and I have definitely found it to be true.

Another part of Together! 2012’s ethos is to make everything free, including refreshments, recognising that Disabled people and local residents face financial barriers and that this is a major and growing access issue. Everything we do is open to everyone – you don’t have to live in Newham, just come to the borough to join in. I have lived in Canning Town since 1985, and before it became too difficult, had to leave the borough every time I wanted to access a cultural activity. We want to reverse that, and make the borough the place to come instead, offering a warm East End welcome to all.

We are very much a Social Model of Disability organisation; we believe passionately in inclusion rather than segregation. We target our year-round artist development programme at Disabled people because they face so many barriers, including outright discrimination, elsewhere. But we bring together people from across impairment groups to participate in the same activities, as well as from across age, religious and cultural groups.

We don’t ask about impairment, only about access requirements which we do our best to facilitate. I would say perhaps around half of our regular artists have mental health difficulties as a primary ‘label’, with the rest divided between people labelled with other impairments and people labelled with learning difficulties. Locally based artists reflect the local community, which is the most culturally diverse in the UK, and has only a minority of ‘white English’ residents. We welcome everyone from elsewhere – in fact one young artist comes from north-west London almost every morning. Locally based Disabled artists paraded with Paracarnival through Stratford Centre on 2 December 2017 to mark International Day of Disabled People. Photograph: Together! 2012

We don’t believe in duplicating work being done by other locally based organisations, so we have supported Act Up! Newham, an inclusive theatre company, to become a Community Interest Company like ourselves. They have since accessed funding to work with professional writers and directors, as well as sending actors to Graeae and other courses, and are just beginning to tour. Many of their artists join us for professional development in our Street Art and Carnival Art programmes, along with artists from Starpad DJs and Powerhouse women, creative projects for people with learning difficulties, which are funded through their Personal Budgets.

At our heart, we also embed the ethos of the Olympic and Paralympic Games, which can be forgotten in the shameless commercialism and corruption that rightly deserves condemnation. The Games provides the only platform where the peoples of the world can come together in peace and friendship, and find alternative ways of competing with each other to fighting. The cultural programme extends that process, and helps us to understand one another and connect more deeply on an ongoing basis.

The Games also embed values of striving to be the best we can be, with most athletes earning nothing and the rest very little despite the headline figures. We were very proud to be awarded Newham Green Business 2017 by Newham Chamber, particularly because the environment is not our main focus, and we recycle as much as we do because we have so little funding.

Despite all of the promises made before London 2012, the lives of Disabled people in Newham are much more difficult than when London won the Bid. Together! 2012 is now the only funded Disabled people’s organisation in the borough, which means that there is no advice or support available for artists struggling with housing, benefit and service issues. The local Disabled Reps Forum, which has met monthly until now, has just had its funding halved. Several of our artists are living in hostels or hotels, and others in housing where they feel unsafe. ‘Mate’ crime is rising locally as Disabled people become more isolated, which underlines the importance of our role in bringing people together and enabling participation. Our intention is to impact on the lives of all Newham residents, who at the start of 2012 had the lowest level of cultural engagement in the UK. We see the Paralympic cultural Legacy as creating an international centre of excellence for Disability Arts in East London, and then using Disabled-led arts to engage everyone. Our year-round Clubs and creative workshop programme is targeted at Disabled people and whoever they want to bring with them as supporters, but our exhibitions, performances, screenings and other activities are aimed at the general population.

I’m delighted that the Mayor of London’s office now agree that this is a viable project, and we are in talks with the local authority which will continue after the election. As locally based artists, we have been disappointed to witness out-of-borough arts organisations being given buildings and land in the name of cultural regeneration, rather than capacity building as promised in the Bid. This cultural colonialism has not resulted in much provision for local residents, let alone a fraction of the provision that residents could have delivered for ourselves. In the short term we are assisting with the refurbishment of the community centre where our year-round programme is based, in a very poor part of Stratford. Until autumn 2016 we were delivering our Arts Clubs at different venues around the borough – essentially we are still a festival pop-up organisation, and have worked with more than 25 local venues to date – but a large number of community centres and similar buildings have closed since 2012.

We plan to develop the centre as a venue while continuing with community provision such as childcare, and are currently seeking individual and corporate volunteers to help with the redecoration over the school holidays.

Together! 2012 CIC celebrates their first day as an NPO and the achievements of 2017 with a very special edition of the Together! Music Club on 6 April. 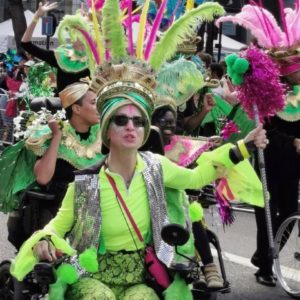 Together! 2019 Festival Director Ju Gosling proves inclusion is a catalyst for quality art

Together! 2019 is an international Festival of Disability Arts that offers a diverse range of free events, performances, screenings and workshops during Disability History Month. Artistic Director of Together! Ju Gosling spoke to Natasha Sutton Williams about the vitality of this festival and it’s inclusive artistic outreach. Based in East London, Together! welcomes visitors from across ... 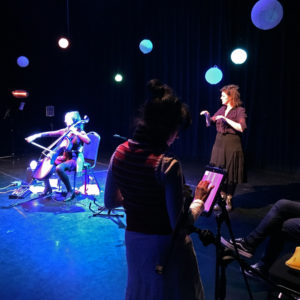 I loved every minute of performing my scratch performance of Defiant journey at Stratford Circus. That is until near the end when basking with my cello under the beautiful lighting by David Abra and Charles Mathews I started to think, I have to write another funding application if I ever want to do this again! But what ... 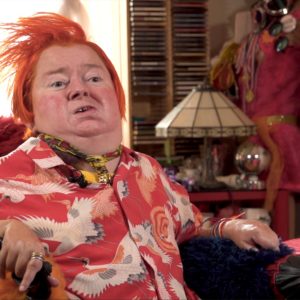 A new ratings system, the D system, has been introduced by the Together! Disability Film Festival to highlight the contribution that Disabled people make in front of and behind the camera, and their widespread absence from the film world. The D-system is based on the F-system developed by Bath Film Festival to highlight the contribution/absence ...