An immersive show like no other – Mission Control, which features over 80 inclusive performers, will be staged at Wales’ iconic Principality Stadium, Cardiff this weekend. Disability Arts Online caught up with Sarah Horner, CEO of Hijinx, and Martha Wilson, Producer at National Theatre Wales to hear more about the collaboration. 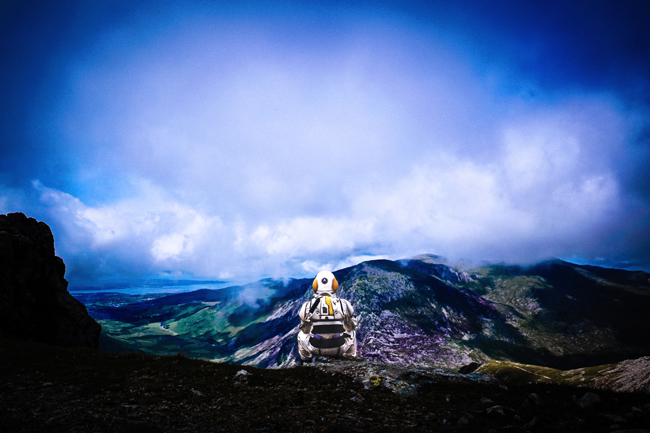 What was the starting point for the collaboration between Hijinx and NTW?

Martha Wilson, NTW: The collaboration started with a conversation between Clare, the then Chief Executive of Hijinx and Kully, National Theatre Wales’ Artistic Director. The ambition was to make something epic, that neither company could achieve on their own, and bring together two unique ways of working to make something really special. It developed into a production roughly addressing the anniversaries of the Moon landings and exploring where we are now within humanity and technology.

What was the importance of Hijinx working with NTW and how did the collaboration came about?

Sarah Horner, Hijinx: Hijinx Unity Festival is always an incredible experience, however this year, given the uncertainties around Brexit, planning for our inclusive international festival was proving very difficult, so we came up with something a little bit different. This project has been a year in the making, developing from a series of collaborative workshops inspired by the 1969 moon landings, and looking into what the future might bring. We knew we wanted something impactful and with scale, so National Theatre Wales were the obvious choice as a creative partner, given their exceptional reputation of location-based theatre. And if you’re talking about scale and impact there’s no better location in Cardiff than the Principality Stadium!

Mission Control includes a large cast of Hijinx performers. What were the reasons for setting yourselves the task of giving an opportunity for over 80 actors in this production?

Sarah Horner, Hijinx: The Hijinx Academies work with 70 adults with learning disabilities and/or autism on a weekly basis and it was essential to us that this production should showcase our actors from all over Wales. The opportunity to do all of this in collaboration with NTW is fantastic; it’s been a brilliantly creative, exciting and fun process and we know that audiences are going to have a wonderful, immersive experience, where they really are part of the action! The production is a massive undertaking with over 80 performers, including a core cast of 13 – including six Hijinx actors – who have been working together to play around with story and character ideas, and to learn from each other throughout the process. 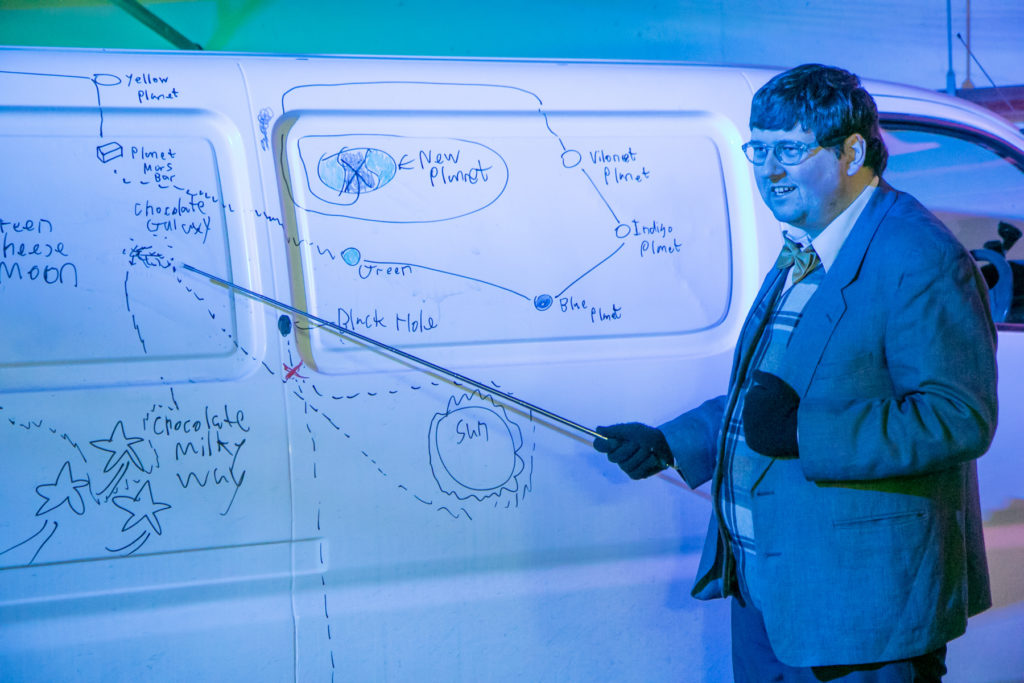 How did the devising process work in bringing the production together?

Martha Wilson, NTW: Mission Control has been devised in response to the location and the team we have been working with. It’s co-directed by Ben (Artistic Director at Hijinx) and Kully, and has been created with Seiriol Davies. Essentially the three of them, along with input from other members of the creative team, started to build a treatment. This outlined what they wanted to achieve in the story and a research and development process followed in the summer, working with Hijinx Actors and other performers, which generated a lot of material and the story arch. There was then a full three-week rehearsal period before the show dates, which built on original material and worked around the layout and parameters the stadium have given us.

Mission Control encompasses wide-ranging and topical issues about human endeavour and the choices we make as a species. How much were environmental issues a factor in devising Mission Control?

Martha Wilson NTW: Environmental issues were a key factor in devising the production, plus the whole current political and social climate. Mission Control also explores collective humanity and what we can achieve when it’s put to better use. The concept is another planet has appeared in the solar system, Anomaly 1. Society is in a very divided position, those who are going to the new planet and those having to stay on Earth. It’s set in 2029 and the climate crisis as it currently is, has escalated exponentially and humanity is dealing with the consequences.

Can you say something more about the immersive elements of the show?

Martha Wilson, NTW: The audience will arrive at the stadium and split into groups, to go on a journey around the stadium to places they wouldn’t ordinarily see. Obviously it’s an iconic building and this is an opportunity to see it how you would never normally be able to. The groups will be guided on an adventure across four levels through the stadium, seeing lots of different parts of action and installation experiences.

Will this project have a sharing beyond the dates at The Principality Stadium, Cardiff?

Martha Wilson, NTW: It will probably just happen an epic one off. Mission Control has been specifically made for the space and with the performers, so it is unlikely that the whole show will go elsewhere. However, we are hoping to have some digital content available, so that people can watch a version of the experience online afterwards. There is a lot of brilliant footage that we have made about the Mission Control world, and characters, that is available on NTW and Hijinx social media channels, so there are ways of experiencing the world and the show.

The Mission Control Astronauts have been busy popping up at events in Wales and Europe since the Summer in the build-up to the show and will also continue to do so next year. Keep an eye out for them! 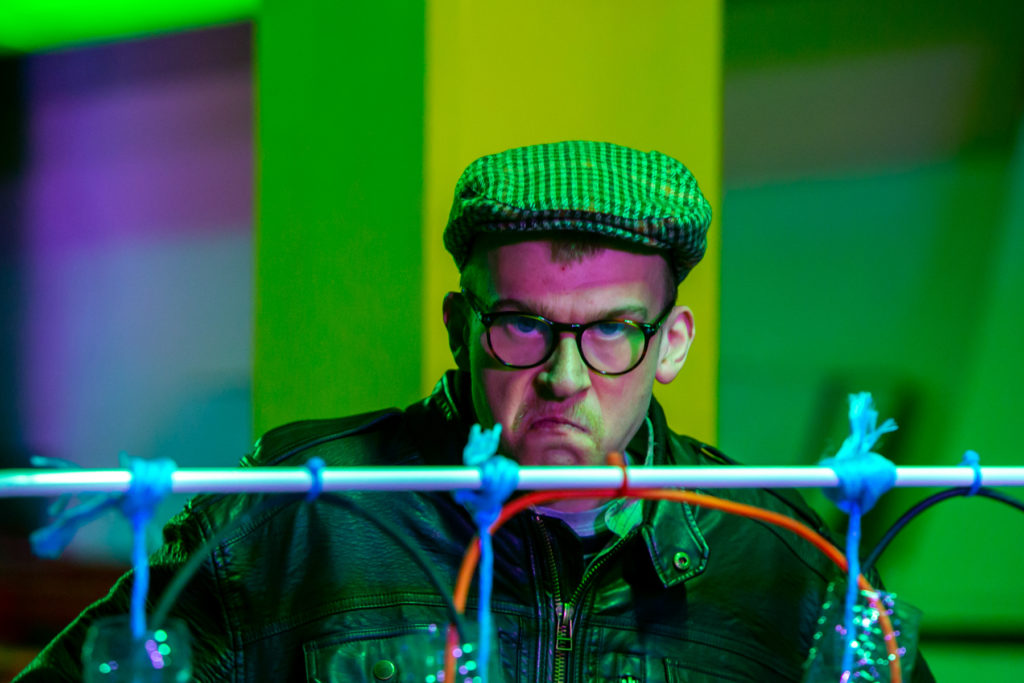 Are there other plans for celebrating NTW’s 10th anniversary year?

Martha Wilson, NTW: There are many plans in the making, I’m not sure what I’m allowed to say but what I can say is that 2020 is going to be a massive year for National Theatre Wales and many of the artists we have worked with over the years. We hope it will be a big celebration of all of that work and a coming together of many different creative relationships and partnerships and the nurturing of those. We are really excited to share that work with an audience.